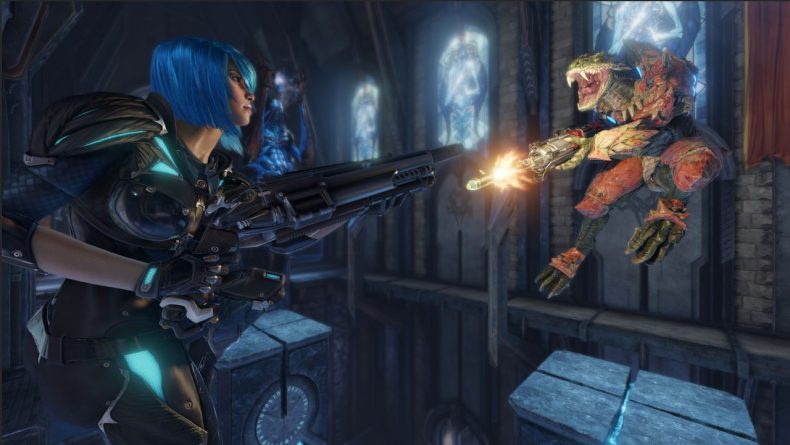 Free-to-play shooter Quake Champions is getting some major progression changes in this month’s update, Bethesda says.

With Fortnite becoming the, ahem, champion of free-to-play monetisation, Quake Champions is following suit with its own Battle Pass (bit on the nose though, isn’t it?). Players will find an entirely new way to level up, with both free and premium rewards on offer. Battle Pass owners will unlock exclusive items, but everyone will be able to unlock rewards during each season.

The Battle Pass will be available for 1000 Platinum, and you can currently buy 1100 Platinum for £7.99 through Steam. This new system will see Backpacks and Chests removed from the game, plus currencies will be consolidated. Check here for more information on these changes.

Along with the new progression systems, including Shards earned from weekly challenges that can unlock Champion-specific items, there’s a new game mode coming to Quake Champions: Capture The Flag! The old classic will return to Quake with a new map, Citadel, that has been specifically designed for CTF, and was inspired by Quake Live’s Stone Keep map.

Quake Champions is out now for PC on Steam Early Access.