Destiny 2: The Dawning Guide – How to bake all of Eva’s treats and where to find the ingredients 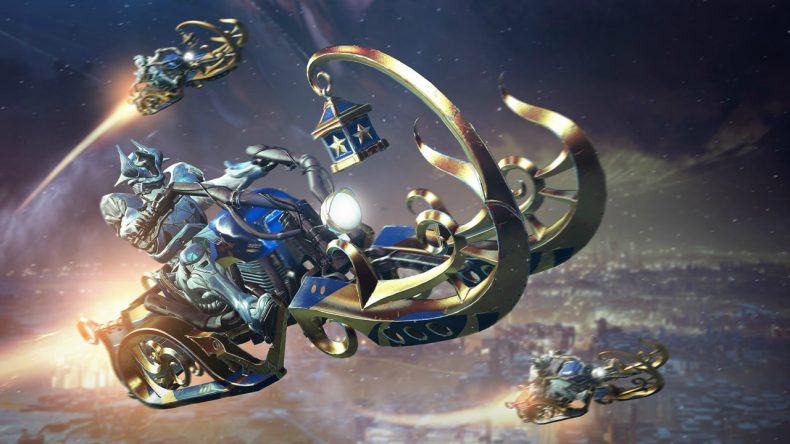 Christmas is a wonderful time. You “Bah, humbugs” out there can argue all you want, but you can’t dampen the Christmas spirit here at Godisageek. The latest expansion for Destiny 2, The Black Armory, has recently dropped, bringing with it a handful of changes, some new gear and some new events, including the festive yuletide extravaganza, The Dawning. Okay, “extravaganza” is a stretch, but it’s still a pretty cool event and one that most people will agree captures the gleeful spirit of Christmas while still giving us stuff to grind for.

A major element to this year’s Dawning is the return of Eva Levantes, the NPC who used to sell Shaders and Emblems in Destiny 1. Where she’s been we might never know, but she’s back now – and she came to bake. Visiting her in the Tower will grant you Eva’s Holiday Oven, a new crafting device that lets you bake festive treats for the NPCs in exchange for gear (mostly blue, boo!) and materials. But, her oven also rewards you with the new Dawning Sparrow, if you know how to use it. Once you’ve made 12 different treats, including snacks for Zavala, Amanda and Shaxx, you can grind the hell out of ingredients to unlock all the perks on the Sparrow, including one that sprays Glimmer everywhere when you boost.

Essentially you farm ingredients through various activities, then combine them in the oven to bake the treats. There are 17 recipes to find, and we’ve listed them all here, along with where to find the ingredients. Essence of the Dawning: This drops from all Public Events, Strikes, Lost Sectors, Crucible and Gambit matches, and Patrols. You will need 15 per recipe, until you’ve baked 12 different treats, at which point you can Masterwork your oven reducing the requirement to 10
Ether Cane: Dropped from Fallen enemies, the best place to farm these is the Tangled Shore
Dark Ether Cane: The Scorn carry these, so again, head to the Tangled Shore for an easy life
Vex Milk: Quite obviously, this is the white fluid that may or may not house the collective Vex consciousness. And you want to cook with it. Anyway, head to Nessus to find large clusters of Vex
Taken Butter: The name of this one is almost as disturbing as Vex Milk, but this drops from the Taken. Io is the best option here.
Cabal Oil: Again, not a particularly appetising name, but I farmed this from Cabal in Sorik’s Cut on the Tangled Shore
Chitin Powder: This drops from the Hive, and the best place for huge numbers of this enemy is Mars, during an Escalation Protocol