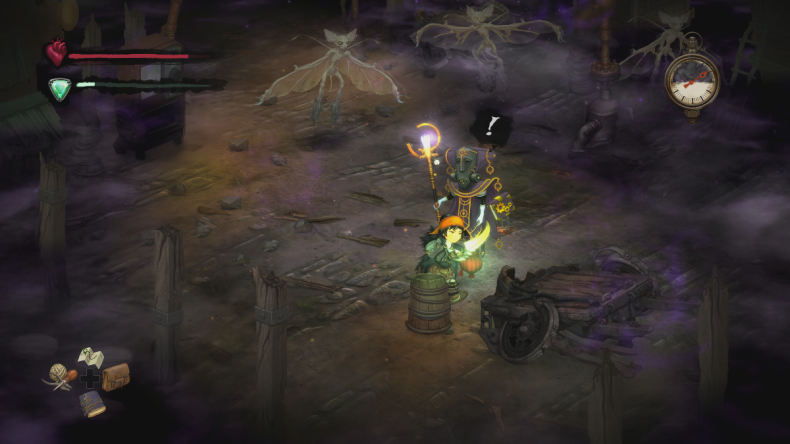 Smoke and Sacrifice has already launched on Nintendo Switch and PC, but now Xbox One and PlayStation 4 owners will be able to play as Sachi, a mother who after sacrificing her first born son to the Sun Tree is on a journey of discovery and danger in the Underworld.

“We’re delighted that players on Xbox One and PS4 will be able to experience the foreboding world of Smoke and Sacrifice for themselves,” said Neil Millstone, co-founder of Solar Sail Games.

“The new BACON storyline we’ve added for this release gives the player even more freedom,” said Tancred Dyke-Wells, co-founder of Solar Sail Games. “Being able to possess the grotesque creatures of the underworld is great fun and turns the game on its head. Now’s a great time for new players to take their first steps into this intriguing dark fantasy adventure.”

“Smoke And Sacrifice is a one of a kind experience that we’re extremely proud to be a part of,” said Simon Byron, Publishing Director for Curve Digital. “Sachi’s plight and hunt for the truth is something that’s kept us gripped since the very start, and we’re elated to finally be able to reveal it’s coming to Xbox One and PlayStation 4.”

Likes to shoot stuff and wear pretty shoes. Is a BEAST at Titanfall.
MORE LIKE THIS
Curve DigitalSimon ByronSmoke and SacrificeSolar Sail Games

NHS Blood and Transplant partners with video game ‘Table Manners’ to promote giving blood this Valentine’s Day
Be the first to comment!
Leave a reply »