Thanks to Xbox Game Pass, I finally bought a Microsoft console 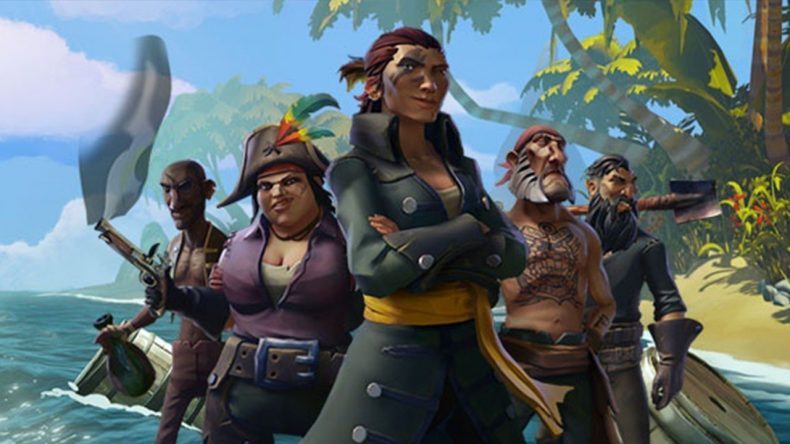 When I was younger, this console malarkey was a lot simpler. Back then, which console I had was largely down to which ones my parents decided I was allowed. Presumably that decision was based on cost, and which one would least likely degenerate their darling child into a rebellious outcast within five minutes of play. My desires and knowledge on the subject were largely ignored until I was older. Nowadays they trust me that this boxy-looking-thing on my Amazon wishlist is worth buying for me, and I know they’ll probably never truly understand what a Nintendo Switch is.

This all started in Christmas 1992, when they – sorry, I mean Father Christmas – brought a shiny new SNES into the house. I still remember opening it and being so excited to try out Street Fighter II, which came with it. Unbeknown to me and my brother at the time, my dad had already un-boxed the console and taken if for a test-drive so he already knew all the moves, the wily fox. It was a magical time, but one that would set me on the path of fanboyhood and therefore single-console ownership for the best part of twenty years. Only Nintendo machines followed, through the years of the Nintendo 64 and the mighty GameCube.

But the introduction of the Wii changed me. Not least because for once I couldn’t say the name of my console of choice without sniggering like a child, but also because for the first time a Nintendo machine wasn’t directly competing with Sony and Microsoft; it was vying for attention as a second console in most people’s homes. The vast majority of my friends at the time had plumped for a PS3, and so I followed and picked up Sony’s machine – and that was that. What followed were future purchases of a WiiU and Nintendo Switch, as well as a PS4, mainly out of habit but also because of my friendship group and the games that were on offer. And if I’m honest this is how I thought it would stay. I’d always subscribed to the theory that I’d never have time for more than two consoles, and while I knew this meant I was missing out on some highly regarded franchises in Halo, Gears of War and Forza, I’d kind of made my peace with the fact that you’re never going to get to play all the games. I simply couldn’t justify paying for a console and games that I might never get the chance to devote time to and play through properly, and with a little one on the way, I couldn’t afford to be frivolous with money.

Then, a little over 18 months ago Microsoft announced Game Pass, a subscription service unashamedly dubbed “Netflix for video games” and I’ll be honest even back then the move annoyed me. Mainly because as a Nintendo fan, and one with a long connection to their back-catalogue, I’d always believed this is the direction they should go. I’m still convinced they would make a killing from such an idea instead of limited Virtual Console offerings or sub-standard NES games packaged with the Switch Online service. And now, not only was a competitor doing it, but it was the one competitor I didn’t buy into. Yet.

What made Game Pass ever more intriguing though, was Microsoft’s willingness to not simply flood it with older titles. Being self-aware enough to acknowledge that its relative infancy in the console market compared to Sony and Nintendo would make their back catalogue look small by comparison, they made the (in my opinion) shrewd move of including new titles in the scheme also. It made my ears prick up when it was announced because it seemed like such a good deal, and one that could see you test out newer titles as well as some classic games too for a relatively low financial output.

I did a thing!

After all these years I’ve finally taken the plunge and bought a Microsoft console! Now the proud one of all three current gen consoles! Bring on Game Pass! #GamersUnite pic.twitter.com/PGMPqcZ6s9

And then I became one with this website, fully embracing GodisaGeek. First as a regular consumer, then as a contributor, and that served to bring into focus for me just what opportunities lay ahead with Microsoft and Game Pass. And it wasn’t just because that around these parts Microsoft’s machine gets a fair crack of the whip, although it certainly was refreshing in a period where Sony’s dominance with the PS4 continually made headlines, and the popular rise of the Nintendo Switch. But as well as that, it was also a willingness to demonstrate just how much fun could be had through the unscripted streams of games like Forza Horizon 4 and Sea of Thieves that really opened my eyes. I realised I was pointlessly preventing myself from joining in the fun, and the financial barrier I’d put in place previously had been blown out of the water by Game Pass, meaning there really only was one way for this story to end.

So, I took the plunge, and for the first time in my gaming life I own a Microsoft console, in the form of a lovely white Xbox One S. Not the best on the market, I’m well aware, but certainly enough for me to dip my toe in the vast pond of Microsoft titles that have eluded me for up to a decade and a half. And so far my experience has been great. Not least the reception from other gamers when I shared my fairly innocuous news on social media. The response was incredibly warm and friendly from people far and wide who welcomed me into what felt like the Microsoft family. Even those who I’d never interacted with were wishing me well, and recommending me titles to snap up on Game Pass.

That list of titles, as it turns out, is a very long one, and I’m under no illusions that this decision just makes my pile of shame backlog even worse than it already was. And until someone can lend me a spare time machine I know there will be ultimately some that go by the wayside. But the point is I now have the full breadth of console choice, and it feels great to know all options are on the table for my enjoyment. I’ve since become part of the site’s streams – and we have many more planned for the future – and I’m thrilled to be able to enjoy those experiences as well as those available on my Switch and PS4. And to be honest, Game Pass did that, because it created a credible, affordable service that was really too good to turn down, and all the early signs point to it being the right decision. So all that’s left to do is raise a glass to this console generation – and look forward to the great games to come in the future, whichever console they’re on!