Rebellion announce that four Sniper Elite projects are in the works 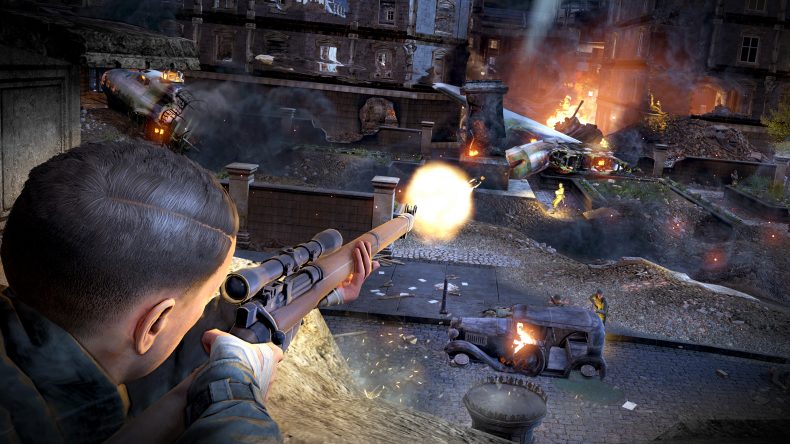 Independent developer and publisher Rebellion has today announced four Sniper Elite projects via a ‘Sniper Elite Development Update’ which was prepared especially for fans of the series. Not only are we getting a brand new follow-up to the BAFTA-nominated Sniper Elite 4, there’s also a VR game in the works, a remastered version of Sniper Elite V2, and a Sniper Elite 3 Ultimate Edition coming to Nintendo Switch.

Rebellion CEO and founder Jason Kingsley confirmed that all four games are currently being worked on, sharing little bits of information about each one. Sniper Elite V2 Remastered will be coming to all current platforms with lots of new features and improved visuals. In a brand new gameplay trailer which you can watch below, it’ll be launching on PS4, Xbox One, PC, and Nintendo Switch in 2019, offering “stunningly enhanced graphics, 4K resolution, and HDR display.” Not only that, but there’ll be new playable characters, a brand new photo mode, and an expanded online multiplayer.

A new, standalone Sniper Elite VR game is being developed in partnership with independent British Studio Just Add Water, the team behind Oddworld and the Gravity Crash series, with more information and a full reveal coming later this year. Finally, the next game in the main Sniper Elite series is also being worked on, but details are slim on that for now, however, more details on its development won’t be coming until 2020.