previous
VR, Casinos, and F2P - What will the Next Generation of Gaming Giants Look Like?
random
next
Super Metroid: 25 years on and still the best 2D Metroid
0 comments 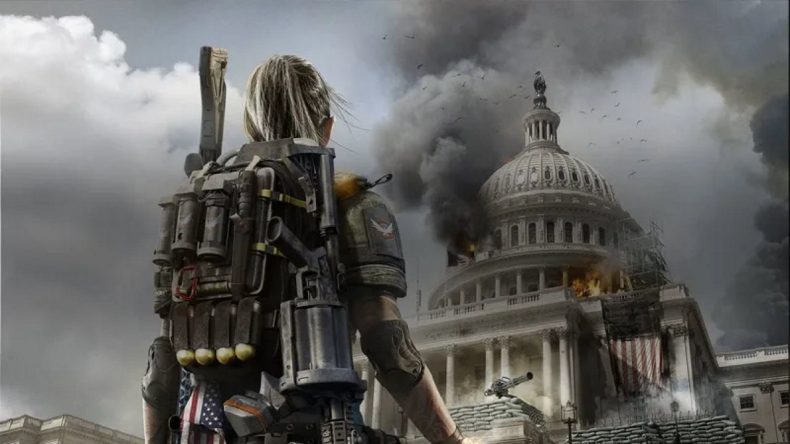 Those of you who never played The Division, or those of you who played for the first few months and never went back for whatever reason, may well find the post-pandemic world carved out by Ubisoft and the late, great Tom Clancy somewhat daunting. While the core loop doesn’t differ that much from other shooter-looters, the outer framework is a mix of familiar Ubisoft tropes and a handful of fairly unique elements.

As you guide your rough-and-tumble Agent through the horrors of a war-torn Washington DC, you might find it difficult to fully get to grips with it all. Luckily, we’ve got your back. Here’s a bunch of useful tips to help you through the early hours.

TL;DR – check out the video version below:

1: ALWAYS BE IN COVER

You’ll be shot at a lot in The Division 2, from all directions and various elevations, and standing out in the open like a suicidal traffic cone is going to get you filled up with holes super quick. Hitting the cover button (defaulted to A on Xbox, Cross on PS4, and spacebar on PC) will cause your agent to throw themselves at the nearest wall, sign, car, or couch, available. From here you can either blind fire, which is about as effective as grabbing a handful of bullets and just throwing them at the enemy, or pop up like a pissed off mole who’s mad as hell at being whacked on the head, and isn’t going to take it anymore.

What you may not realise immediately, though, is that you can also move in and between cover for the entire duration of a fight. Holding down the cover button while eyeing up a vantage point will allow you to roadie run from wall to wall. You can even go into the control settings and adjust them so that holding the cover button will let you stealthily and safely navigate corners. Whenever you’re engaged with the enemy, always be in cover.

It’s easy to say that The Division 2 is meant to be played in a group, and honestly it’s not far from the truth. The multiplayer element is beautifully seamless and often makes the tougher challenges that much more fun.

But there’s something about heading out alone into the wilds of DC that feels unassailably cool, and there are almost certainly going to be times when you’re the last Agent standing, and you’ll need to hightail it around the battlefield applying plasters and Savlon to your incapacitated team mates. For this reason I’d recommend having at least one Skill that can summon a little automated buddy to watch your back or harry the enemy.

The Drone and Turret not only work well to pull focus off you or the people you’re trying to save, they’ll also make you more self-sufficient. The Drone even has a variant that will shield you from projectiles. Couple this with perks that increase your Armour Kit and grenade capacity, and you’ll be a solo force to be reckoned with. There are a couple of really good Support skills in The Division 2. The Drone can be modified to repair ally armour, which is good, but if you’re the type that usually prefers to help and heal your squad, you’ll find a few skills that really make a difference.

The Chem Launcher, for instance, is a great device that not only creates poison clouds and little patches of fiery hell for the enemy, but can also repair armour and health on distant allies. Another good one is the Hive, which is fun when you use it to unleash a cloud of little metal bees on a group of thugs, but can also be used to repair armour with a tiny swarm of nanobots.

In The Division, armoured enemies were bullet-sponge nightmares that you had to just shoot endlessly until they finally stopped walking towards you. To remedy this, the yellow-barred enemies in The Division 2 have armoured spots and other points of interest that you can concentrate fire on instead.

Helmets and body armour are obvious targets, but some have gas tanks or explosives on them, while enemy medics carry defibrillators that you can shoot to electrocute them. You can even shoot the ammo feed off a minigun to force a reload, buying you some time and opening up the enemy to a good old-fashioned passionate ass-whoopin’. 5: PUT YOUR TOYS AWAY

While your drones and turrets and nano-hives are all incredibly high-tech and cool, they do have hefty cooldowns attached. In a group that’s not so bad, since everyone has two to use, and a well-coordinated team can stagger or combine their abilities for maximum effect.

But when you’re running solo and in the thick of battle, a 3-minute cooldown feels like hours. The only real way to mitigate this is to hold down the ability button as soon as you’ve cleared a wave of enemies, before the ability ends on its own, and cancel it out. This will cut the cooldown in half and allow you to use it again much quicker. In a mission with several enemy waves or, for example, during a Control Point capture, this is a vital advantage.

Speaking of cancelling things, you can also cut out of long reload animations by dodge rolling. Weapons like marksman rifles, shotguns and LMGs can take an ice age to reload, and if you find yourself flanked or taking heavy damage, double tap the cover button and roll out of the animation.

This also works to put out fire, which should probably be a top priority really.

As scenic as The Division 2’s post-apocalyptic Washington DC is, y’know, when you’re not stepping over bodybags and piking your way through the decaying bones of modern society, walking everywhere is time-consuming and bloody dangerous. You can barely go 50 yards without something kicking off and spoiling your day.

Circumvent those mood-killing, bullet-ravaged jaunts by making Safe Houses and Control Points a priority. Ubisoft have been very generous with travel points, so unlock them and use them. There’ll still be plenty to do when you get there.

This is kind of par for the course, but it’s easy to get caught up in the drama and action of Ubisoft’s world and forget that you should be exploring every nook and cranny. While enemies are an immediate and satisfying source of loot, there are containers, cases, boxes and bags stashed everywhere that contain all manner of useful goodies.

I found that after about level 10, vanity items seemed to become more commonplace, although I almost always found them in luggage containers while ransacking apartment buildings. But you’ll also find crafting materials, supplies for your settlements, weapons, gear and collectibles abandoned in crates, satchels and lock-boxes. And if you happen to see a gold-coloured key drop from an enemy, grab it, as it will open a faction-specific lock-box somewhere nearby. You’ll also occasionally come across orange supply crates here and there, usually hanging from trees or rooftops, which can be shot open for powerful loot and, if you’re lucky, gear dye. In the harsh world of The Division 2, pride must goeth before the fall. While the incredible atmosphere has an uncanny ability to make you want to strike out on your own, a lone wolf against the darkness, doing so is usually a bit daft. Solo agents can be easily overwhelmed and flanked, and while getting a good flanking sounds like something fun to do on a Friday night, in practice it really isn’t.

When tackling control points you can pop a flare to signal nearby AI patrols who’ll rush to your aid and soak up some bullets in your stead, or alternatively you can head into your map and send a distress signal to any players currently online, in the hopes that they’ll rock up and save your overconfident arse. There’s no shame in asking for help, and coop in this game is so well-handled that it’s worth responding to distress calls too, as anything you achieve in another player’s instance will carry over to yours.

In many looter shooters, the urge to charge through the campaign is too strong to ignore. When everything is promised in the elusive “endgame”, all that comes before it just feels like hard work.

The Division 2, however, is packed with things to do. In fact, I’d go so far as to say it’s one of the busiest and most feature-complete shooter-looters I’ve seen at launch. Main missions, side missions, safe houses, collectibles, the Dark Zone, SHD caches, control points, world events… There’s a ton of stuff to do and a ton of loot to chase. So much so that you’ll benefit far more from taking your time to go through it at a steady pace. Explore, loot, fight, progress, and enjoy the journey.

Senior Content Editor Mick has been playing games for over 30 years and writing about them for around 12. After drifting from site to site for a while, settling briefly at the now-defunct Made2Game and freelancing for the gone-but-not-forgotten NintendoGamer Magazine, he came at last to rest at Godisageek. Mick has been a reviewer, staff writer and content editor here for some time, while also moonlighting a little for Red Bull Games. He has 4 kids, has written 2 novels, and sometimes even manages to pay a bill or two. You'll usually find him defending the galaxy in Destiny 2, battling evil in Diablo 3, or lurking in the background on Twitter. Find him there @Jedi_Beats_Tank, or on XBL (JediWaster247), PSN (Jedi_Waster) or Nintendo (JediWaster).
MORE LIKE THIS
Massive EntertainmentThe Division 2tom clancyTom Clancy's The Division