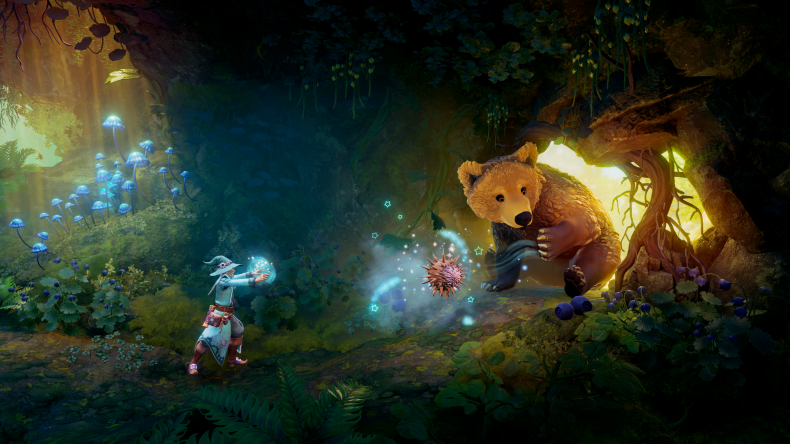 After the success of its fantasy series, Frozenbyte has finally revealed the release date for the next installment, Trine 4: The Nightmare Prince. For those new to the series, or perhaps wanting to play it again in handheld mode on Nintendo Switch, there will also be the Trine: Ultimate Collection releasing on the same day.

With an all-new combat system, Trine 4: The Nightmare Prince will have players vanquishing fantastical new enemies and solving new physics-based puzzles, and promises to give fans the biggest and best Trine yet as the title boasts more gameplay than Trine 1, 2, and 3.

As well as The Nightmare Prince, the Trine: Ultimate Collection will also arrive on October 8th, featuring all four Trine games, plus a few extras at retail. These are:

Whereas buying Trine 4: The Nightmare Prince at retail will net you a physical Trine world map.

Finally, all pre-orders of Trine 4 and the Ultimate Collection will come with access to the Toby’s Dream DLC.

Toby the dog, as previously seen in Nine Parchments, has his own adventure in Heatherwood Hall with the Three Heroes! Follow the pawsteps of Toby and help him find all the treats hidden in the castle and its gardens.

Trine 4: The Nightmare Prince and Trine: Ultimate Collection will arrive for Nintendo Switch, PlayStation 4, Xbox One and PC on October 8th, priced at £24.99 (£29.99 on Switch) and £39.99 respectively.