previous
Civilization VI is coming to PlayStation 4 and Xbox One
random
next
Podcast #364: Support the Sweetcorn
0 comments 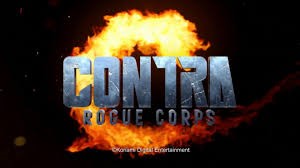 The video game industry continues growing at a fast pace with new products and technologies emerging every day. The gaming industry generated over $135 billion in 2018 alone, which highlights the popularity of gaming in modern society. In this environment, gamers hardly get enough time to sample games before new releases hit the market.

For any ardent video gamer, nostalgia comes with the territory. Most gamers would like to go back and enjoy the classics one more time.  It is against this backdrop that many developers have started reviving classic video games.

Konami Digital Entertainment has not been left behind and has announced a release date for Contra: Rogue Corps, a classic over-the-top run and the gun game dating back the Arcade Games Era of1980s.

The new game release date is on September 24th, 2019 for Nintendo Switch, Microsoft Windows, PlayStation 4, and Xbox One. To build hype around the new release, the company shared a gameplay trailer towards the end of August.

Konami has been around since 1969 and the game publisher is a trendsetter in the industry. They are the fourth biggest video-game manufacturer in Japan.

The company started its major entry into the entertainment industry with arcade games before venturing into other games such as Super Cobra and Scramble. They are also big in slot games manufacture and have some of the most popular games in the industry. The company’s influence spans the entertainment industry and it’s no wonder then that the announcement of Contra: Rogue Corps has generated so much buzz.

The new Contra: Rogue Corps features a top-down isometric view of the action. The story takes place right after Contra III: The Alien Wars (1992) and in the Damned City. The setting in itself adds to the thrill as people can go mad just for being in this haunted city.

While the Earth’s troops deal a devastating blow to the aliens, the battle has to continue.  The titular Rogue corps of Kaiser (a cyborg remnant from the Alien Wars), Gentleman (an alien bug), MsHarakiri (an assassin) and Hungry Beast (a panda) have to strap up and fight on missions.

The new game will feature a single-player story campaign or multiplayer gameplay options. Players will enjoy weapons with unlimited ammoCorps features and you can easily upgrade your weapons and ammo.

How has the gaming world reacted to the Contra: Rogue Corpstrailer? The reactions have been fast and furious. For Konami, every new product receives a lot of scrutiny especially with the cancellation of Silent Hills and the release of sub-par Metal Gear: Survive.

Some players say the new game doesn’t capture the essence of the classic Contra games. Other players feel reviving Contra won’t work because Blazing Chrome is already available and far better. The use of side-scroller game perspective is also not Konima’s forte and analysts say this might pose problems.

Whether you had played Contra or not, you need to look out for Contra: Rogue Corps. Why? Because Konima has tried something new with the classic to give it a more thrilling edge. Of course, every game has its own hiccups and who knows, the game developer might have resolved this by the date of launch.