by Advertorial - Paid Placement on October 3, 2019 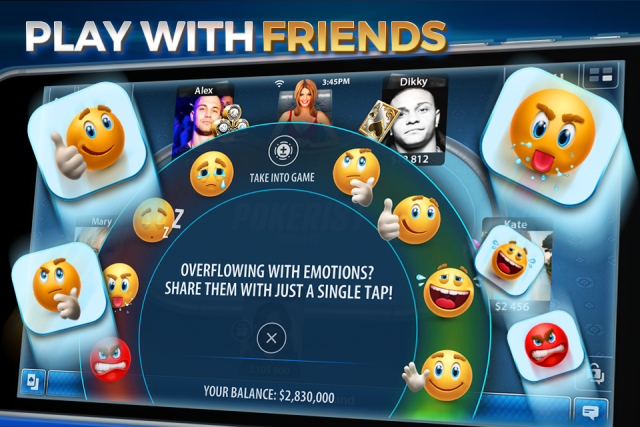 KamaGames, the European leading operator of social gaming, has decided to expand its clout in the poker industry by introducing a standalone video poker application. The Video Poker by Pokerist is an opportunity for recreational and professional video poker players to experience an entirely revitalized gaming segment within the social gaming environment. As opposed to regular games played with money, social gaming uses virtual currencies or benefits and even though the game may have in-app purchases, one can not win any real money.

The main objective of the app is to make it so that players enjoy a Las Vegas-styled experience playing against friends. To reaffirm its serious intentions about the app, KamaGames has invested heavily in the solution, listing it on both the App Store and Google Play. But the app won’t itself be a game. Instead, KamaGames intends to use Video Poker as a collection of games, a digital portfolio to which the company will keep adding continuously.

KamaGames has the opportunity to operate in a market that is not overly-regulated as is the case in Macau where Tencent had to shut down its video poker app at the behest of the Chinese authorities. Instead, KamaGames has worked with European gamers since 2010 when the company was first established. Before long, the company amassed the impressive 630,000 in active daily users, becoming the world’s largest video poker with a gross revenue of $76.4m for 2018. Pokerist, the most recognizable game of the company, has topped the world’s charts as the most grossing application in over 101 countries on the App Store, which goes to show the ingenuity of the company itself.

KamaGames mission is a simple one. Make video poker popular and help users who love and dislike the game to enjoy themselves. Apparently, the strategy has worked because today Pokerist has over half a million active users who are happily playing and enjoying themselves. On the occasion of the official Pokerist launch, Andrey Kuznetsov, KamaGames CEO, has spoken on the occasion of the release of the new app in late July. Here is what he told the press:

“We are placing a strong focus on differentiating our portfolio of social casino games in many directions this year. As an iconic element of the Las Vegas casino, video poker is very familiar to our audience and in-line with the products they want from KamaGames. With this exciting new addition, we hope to both satisfy both our existing players whilst also attracting a fresh, new audience.”

Kuznetsov is correct to be excited as the opportunities for social gaming are indeed growing. Kama games also has the privilege to be operating in a market that is far more receptive to social gaming and video poker specifically.

KamaGames has mentioned the Las Vegas experience on several occasions, and that is precisely where the company is headed for next. The United States’ growing opportunities for gaming activities are among the world’s best and expectedly – KamaGames is keen on expanding in North America.

Conversely, Macau’s video poker has taken a hit after Tencent, one of the largest Chinese tech giant and creator of mobile games, said last year it would be shutting down its poker and video poker platforms, as per new regulatory pressure from Chinese authorities.

At the time Tencent commented that it was re-evaluating its strategy and it didn’t go into details as to whether there had been political pressure on its decision. Meanwhile, Pokerist’s new video poker platform has so far been a success.

KamaGames has also been in the centre of attention, trying to redefine the industry. For instance, the company attempted to launch a cryptocurrency in 2018 that had failed by early 2019. The KamaGames Token didn’t take off, despite the massive popularity of the regular products offered by the company.

Kuznetsov expressed his disappointment at the time as he and other managers around him had all expected that KamaGames can break into the blockchain & crypto industry which is on track to hit $60 billion worldwide.

The Dublin-based company is really not sure whether it can get people to buy crypto tokens. One of the reasons why is familiarity and the entry-level. Surprisingly, buying a crypto token is not a matter of being rich. It’s a matter of being familiar with specific technology, which is often more challenging than what people think. As a result, many people would need an extra push to be converted from players into crypto owners.

This is something KamaGames still hopes it can do.