previous
UFC 4
random
next
Will 2020 Be An Exciting Year For Gamers?
0 comments 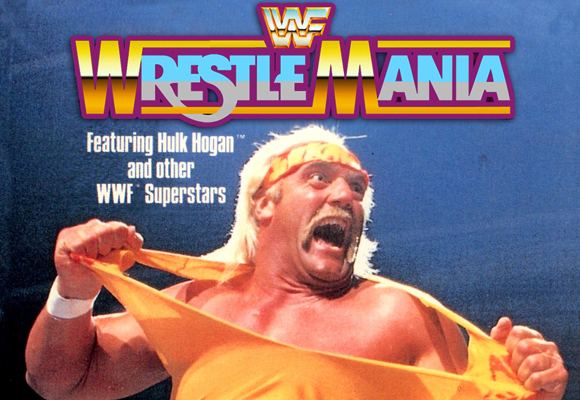 As a pro wrestling fan that grew up in the late 1980s and 1990s, I find myself missing the good old days of the sport. It wasn’t just the mat action that was great 20 to 30 years ago. The video games that were developed were cutting edge for the time and in many ways, still, hold up to the latest WWE games released today. Combat sports fans that grew up on these games can attest to just how great they truly were. Fans of wrestling, boxing, and mixed martial arts can use the latest offer code to wager on the next big combat sports event and bet on their favorite athlete to win.

The graphics and gaming systems may have changed, but these 5 classic pro wrestling games will never be pinned by any of the latest releases.

Pro wrestling boomed in the mid-1980s and Pro Wrestling was released for the Nintendo Entertainment System in 1986 to rave reviews. The game was cutting edge at the time as it took real in-ring action and put it into a fun and engaging video game.

The game featured six wrestlers with some resembling those you could see on your television screens before the WWE monopolized the sport. Moves such as bodyslams, atomic drops, and piledrivers were all included in the gameplay. Six months after its initial Japan release, it landed in North America and Europe, turning fans on to its signature mat mayhem.

When the WWF (now WWE) began to monopolize pro wrestling in the mid- to late-1980s, they made it a point to focus on turning children into fans. Toys and cartoon-like characters were a significant part of their marketing. In 1989, the company released its first video game, WrestleMania, further cementing its aim to market to kids.

The game was published by Acclaim and featured six of the WWF’s biggest stars of the time: Hulk Hogan, Andre the Giant, “Macho Man” Randy Savage, “The Million Dollar Man” Ted DiBiase, Bam Bam Bigelow, and The Honky Tonk Man. WrestleMania expanded on Pro Wrestling and took grappling video games to another level.

WWF Raw was another innovative wrestling game that took things to the next level. Released by Acclaim in 1994, it came out during a low point in professional wrestling between the heights of the 1980s and another boom in the late 1990s.

The Sega and SNES versions contained 12 wrestlers. Each had their own signature moves that could be executed via a button code sequence that you tapped into the control. It took some time after WWF Raw for the company to produce a game that was as good again.

As the WWF’s games became more unrealistic in their pro wrestling action, WCW and THQ released one of the best wrestling games of all-time. WCW vs. The World was launched just as the wrestling company hit a massive boom period. Thanks to the success of Monday Nitro and the nWo, the game was a huge success with wrestling fans.

One of the cool aspects of WCW vs. The World Game was the large roster of wrestlers. In all, 51 wrestlers were included in the game. Although only 13 were actually WCW competitors, there were 38 grapplers that were fictional characters based on real wrestlers. The game was hours and hours of fun and was the pinnacle of WCW games.

If long-time wrestling fans never heard about WCW Wrestling the video game, then they can be forgiven. It was released at a time that when the company was trying to gain a foothold in the North American wrestling landscape. In addition, several of the wrestlers that appeared in the game (the Road Warriors and Ricky “The Dragon” Steamboat) left the company not long after the game’s North American release. Although the gameplay and graphics are nothing to write home about, its place in wrestling history is.

One of the unique aspects of WCW Wrestling was the player selected their wrestler’s move set before the match began. The graphics and the gameplay paled in comparison to Pro Wrestling or WrestleMania. However, it was the only game released for NWA/WCW with a cool collection of real-life wrestlers to play. 18+, T&C apply