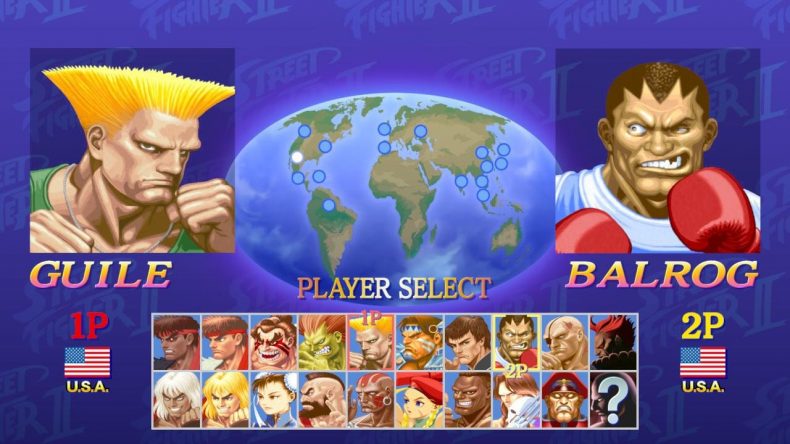 No matter how advanced the Street Fighter games that have come after it are, Street Fighter II is still the measuring stick by which all the other games are judged. This is the version of Street Fighter which has had UK online slots based on it, and it’s a rare thing for a video game to crossover into mobile slots. We’ve seen mobile slots based on Call of Duty and Tomb Raider – and a mobile slots game which steals intellectual property from Super Mario Brothers – but generally, video games don’t make it to the casinos. It’s also the version of the game which was turned into a movie starring Kylie Minogue and Jean-Claude Van Damme, which many people fondly remember as one of the world movies of all time.

Now, there’s another thing Street Fighter II should be remembered as; it’s the version of the game that cheated when you played it. Many of our readers will be old enough to remember throwing a controller at the wall or floor when our CPU opponent in Street Fighter II beat us out of nowhere, or hit us with an attack that seemed way too powerful. Many younger players have also gone back to look at the old game and try it for themselves, and will have found the same thing.

After we’ve picked the controller back up – and checked we didn’t break it – we put our experience down to our own skill. We must not be pressing buttons fast enough, or we’re just not good enough at the game yet, right? Actually, wrong. Street Fighter II’s CPU opponents used a whole range of abilities that weren’t available to human players. To put it another way, the game stacked the deck against you and cheated.

While this seems to go against the notion of common sense – a computer has no ego, and therefore shouldn’t have a motive to cheat against you to win – it’s a proven fact. In a video which has been going viral, Desk has proven, frame by frame, that the computer took a whole load of shortcuts to come out of contests with the ‘W,’ and some of them were downright dirty. We’re talking reduced recovery time, holds that can’t be broken, and attacks that can’t be blocked. We’re also talking power moves that require no charge time.

Stunning an opponent in the game is a near-guarantee of a win. If you’re playing against a human and stun them, they’re defenseless, and you have the chance to string together some power moves to finish the contest. The computer is unlikely to offer you the same opportunity. Desk’s video demonstrates that the average time it takes for a CPU opponent to rouse themselves from a stunned state is a mere 12 frames. In real-time, that’s one-fifth of a second. You’re not too slow at pressing the buttons to unleash the devastating attack you had planned; the computer just won’t let you get there in time.

As anyone who’s played the game knows, there’s a button sequence which has to be initiated before a powerful attack can be unleashed. Whether it’s Guile’s Sonic Boom or Blanka’s electric shock, you can’t just deploy the attack with a single button press That would make the game too easy. Well, apparently, the computer likes things to be easy. It doesn’t simulate the time it would take for those buttons to be pressed if it were human – it just instantly triggers the attack. That means it can unleash E.Honda’s hundred-hand strike just as fast as you can push for a simple kick or punch. That’s not a level playing field!

To add insult to injury, the computer’s attacks simply hurt more than yours do. If you’re fighting against the computer and land a kick or punch while they’re blocking, you’ll do no damage to them at all. They, however, can damage you with the exact same moves, even if you have your block up. Every strike saps away at your health meter. They can employ defensive tactics and use them to win; for you, it’s a surefire way to lose.

Oh, and all those times you frantically mashed the buttons to escape a hold when you were caught in one? That did nothing. The game has already decided how long you’ll be in the hold or when it begins. You can hammer the buttons, or you can do nothing at all. The net result will be the same – even if it takes half of your health bar by the time it’s over. It shouldn’t have taken thirty years for someone to figure this out. In fact, it would have been nice if Capcom had clued us in a few years after the game had come out – perhaps with an apology, and an offer to pay for all those broken controllers we went through in our youth. We certainly know that our self-esteem could have used a boost after our fifteenth consecutive failed attempt to defeat Dhalsim in the second round of the fight.

There is a positive in all this, though; most of us completed the game eventually. Now we know what we know, that’s an even bigger achievement than we thought it was at the time. Congratulations to all of you successful Street Fighter II player out there; you didn’t just beat the game fair and square, you beat it while it was trying to do you dirty!