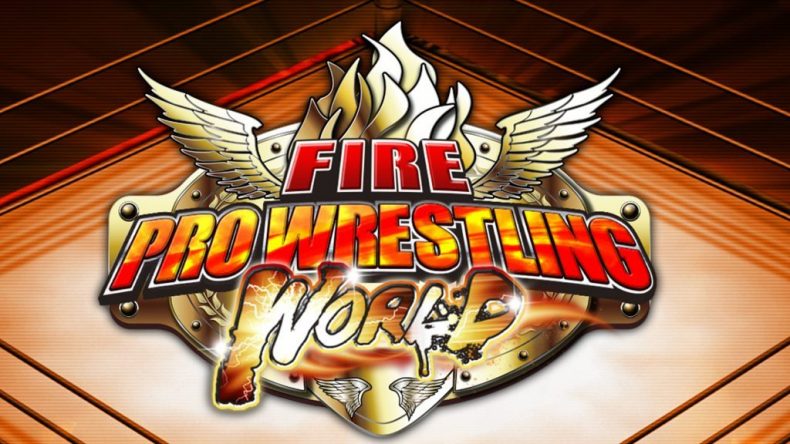 There’s a real problem with professional wrestling in video games at the moment. For years, 2K Sports’ WWE series has been the only one available, and whilst this is OK for some, it isn’t for me. The series seems to have gotten worse despite its arrival on the current gen of consoles, and those looking for a broader range of options have been out of luck until now. Fire Pro Wrestling World gives you the option of playing as anyone thanks to the endless customisation options and the inclusion of the fully licensed acquisition of New Japan. Finally, I’ve been given a game that allows me to wrestle in any match my heart desires along with doing so in tense and extravagant matches.

Professional wrestling is a sport, but its matches are pre-arranged and winners are already decided before the bell rings (it isn’t fake, though). After the wonderful G1 Special in NJPW, matches like Tanahashi and Ibushi would never work in a 2K game because it’s become too much of a simulation, focusing on beating your opponent and negating the spectacle of its journey. Matches are choreographed – their stories are told through near pins, dangerous moves, wrestlers being pushed to the limit at every turn, and the ability to sell every ounce of pain the competitors go through. It’s something that has been unsuccessfully captured in the WWE 2K series, but now, Fire Pro offers this up. Every match starts off with only a handful of moves to be executed, meaning you can’t just hit a Rainmaker as soon as the bell rings. Matches build up over time, and when enough damage has been taken you’ll start to pull off fancier and riskier moves. There’s no HUD – no way of knowing how much damage you are doing – giving you a more realistic experience. You start to learn how well you’re doing by the way pin falls go down, and I’ve never been happier to bash the buttons when trying to kick out – it’s been a long time since this was the case.

There’s little to learn when it comes to moves: X, Square, and Circle perform weak, medium, and strong attacks, and grapples work the same way. Lean into an opponent and you’ll enter into a grapple, and by pressing one of these buttons with a different direction on the Right Analogue Stick will let you pull off a move. Each wrestler has different abilities, so you’re not likely to see Ishi or Suzuki fly from the top turnbuckle, but the likes of Sanada and Tanahashi might enjoy a frog splash or two.

It takes a while to get to grips with the game, and once you’ve learned that timing is just as important as hitting a suplex, the game will get easier. Over the course of a match you’ll get tired, but holding L1 will allow you to catch your breath and regain stamina, letting you continue as opposed to falling over after a strong punch. You can create the big matches and theatrical battles like the ones you see in New Japan, and thanks to the promotion’s inclusion fans are going to have a great time. The story mode isn’t great, but it offers a different way to appreciate the game. You’ll start from the bottom rung of the ladder until you challenge for the IWGP Heavyweight Title, meeting familiar faces along the way, with the story segments being told through a visual novel style. Whilst it’s worth playing you’ll wanting to be dabbling in the main section of the game, creating matches that you’ll not see anywhere else thanks to the customisation on offer.

The ability to build your own belts, rings, and wrestlers from the ground up means that nothing is off limit. If you’d rather spend less time creating yourself, a simple login to FPW Net in the Edit section means you’ll be able to download hundreds of community created stuff. To date I’ve downloaded over 130 wrestlers ranging from Jimmy Havoc to Bam Bam Bigelow. I’ve built whole rosters from NXT, WWE, PROGRESS, and Ring of Honor, and I’m still going. I’ve also created my own belts and had matches to determine who’ll be the champions. Because the game is so fun to play and due to the sheer range of moves on offer, it’s impossible to get bored. There is some lagging when facing multiple wrestlers in the ring, and the various game modes like the League and Tournaments have issues when selecting participants, making your time in menus frustrating. They could be structured a lot better, and even with the patches since its release in America and Japan, some other tweaks are needed. Getting an online match take a long time, and even now I’ve struggled to get any more than a handful of them. Whether things will improve when the game hits these shores is unknown, but hopefully this side of the game will get much better.

Outside of these issues, Fire Pro Wrestling World is the best wrestling game on the market, better than any WWE 2K released to date. It reminds me of classics like Wrestlemania 2000 and Smackdown Just Bring It, back in a time when wrestling games were fun to play without the constant need to turn them into a sports sim. The Deathmatches, MMA-style matches, and Battle Royal matches make for more fun, but the standard one on ones are just as good, making FPWW an instant classic in a world that relies on realism and visual prowess to win the race. If you want a wrestling game that gives fans their own chance to provide humongous rosters and countless creative tools, this game does it in spades, providing great gameplay to back it all up.

Our Score
8.5
SCORE OUT OF TEN
8.5
You may also like
fire pro wrestling worldPS4