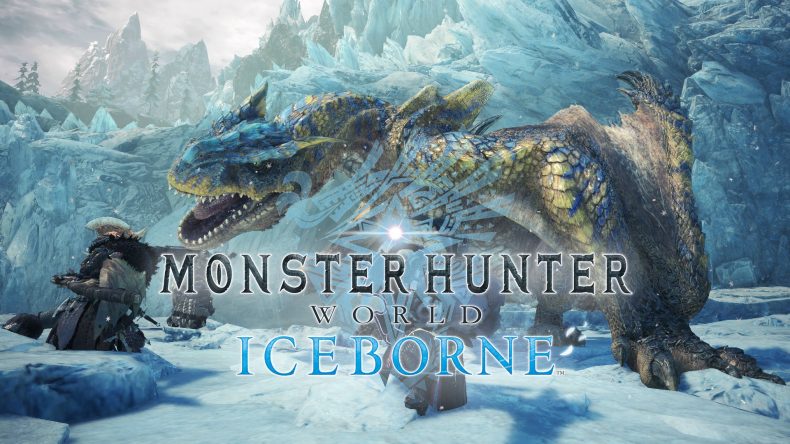 After almost two years of murdering countless species of large fauna in the New World, Capcom are finally rewarding us in the best possible way in Monster Hunter World: Iceborne – by giving us new wildlife to jawblade onto the Endangered Species List just so we can make ourselves some shiny new pants. I mean there’s the issue of a dangerously unstable ecosystem or something that we’re apparently attempting to balance, but really all we care about is beating giant monsters to death and harvesting their jiblets.

Well, with the Iceborne expansion not only have Capcom given us over twenty new targets, but a whole new are and a huge endgame. Getting through the Master Rank content is tough even for veterans, but it’s even moreso to newcomers. Having spent tens upon tens of hours in Iceborne pre-launch, I’ve brought you this list of tips to help the less-experienced transition into the new New World of Hoarfrost Reach and stay alive for the ride. All the armour you’ve farmed over the last two years, even the stuff you grinded Arch Tempered Elder Dragon’s for, means roughly diddly-shit in Iceborne. The weapons, providing you’re at the highest Rarity possible, will continue to serve for a while and indeed can be upgraded through further Rarities on new or existing trees, but your armour will need replacing, and quickly.

Once you get past the entry level foes like Banbaro and Beotodus, the difficulty hits a sharp incline and even early monsters like the Barioth and the Viper Tobi Kadachi will hit you like freight trains, and you’ll need to make do with whatever armour you can farm for the interim. Your Decorations will be fine, but the hike in armour and damage with the new gear and upgraded weapons is real and essential.

One of the biggest talking points in Monster Hunter World is, or was, elemental Vs. elementless damage. Elemental damage was never completely inconsequential, but it was always going to lose out to raw damage without some very specific builds and concessions made elsewhere. Likewise, status effects cast by monsters were always more of an annoyance than an actual challenge.

The gear and skill shake up in Iceborne is such that simply piling points into elementless damage and raw defence won’t cut it. Enemies hit you with status effects over and over, so much so you’ll be popping nullberries like Skittles every fight if you don’t build against it. Also, monsters are affected much more by their opposite element – and with an increase to the elemental damage cap across most, if not all, weapons, elemental builds are not just viable, but may well completely alter the latter game meta altogether. You can’t jump into the Iceborne content until you’re at least Hunter Rank 16 and have beaten the base campaign. That being said the temptation to just go straight into the new content will be very high for new players. Do yourself a favour and hit HR50 at least, before embarking to the Hoarfrost Reach. The monsters in lceborne are much, much tougher, and you need every tool and the best decorations you can get to survive.

The monsters here spam status effects like your annoying little brother spams Haduken, and without decorations to up your resistances or Mantles to prevent them, you’re going to spend the whole time eating nullberries and dying. Also, Iceborne introduces Variants and Subspecies of monsters you won’t even have faced yet at HR16. New players coming into Iceborne are in for a serious challenge.

Another reason to reach at least HR50 is to have as long as you can to grind and upgrade a killer build. Once you can hold your own against Tempered Monsters, you’ll be ready for the first few hours of Iceborne. At HR16 you’ll have almost no decorations and almost no gear options.

The best thing you can do is fully upgrade the armour you’re wearing, and farm the materials to make your weapon as tough as possible. Elements matter, so go for raw damage as you head into Iceborne so at least you remain consistent. Now hit the Events for extra rewards and decorations.

Be aware though, everything you’ve built in High Rank will become useless when you start building in Master Rank. The trade off between defence and skills is just not worth it. One thing you can do while levelling is use the Clutch Claw. Even in the early game the Clutch Claw is a useful tool for dealing extra damage, distracting the monster to help your squad, or steering it into hazards. Players going directly into Iceborne at a high HR will need to learn Clutch Claw on harder, tougher monsters. Those playing through the base game first will have an easier time learning the mechanics on punchbags like the Great Jagras and the Barroth.

It’s more than just a grappling tool though. It can hurt and chase off small monsters that interrupt you when gathering, or it can be used to get you up on a monster to target certain areas over and over. The best use of it, though, is the Flinch Shot. First, get a fully loaded slinger with explosive ammo – Torch Pods, Bomb Pods, Piercing Pods, Crystal Burst and Dragon Pods work better on different monsters, but the idea is that you hit them with your weapon enough to stagger them, and then Clutch to the head, hit the right trigger, and fire the entire payload into their face. The resultant explosion can even stagger and drop Elder Dragons, allowing you to wail on them for a few seconds.

Be aware though, you can be thrown and lose your ammo, or sometimes the Monster will simply resist it. Either way, the Slinger Capacity skill suddenly has a real use.

GET ALL THE UPGRADES

If you’ve played through the base game you’ll know that optional quests come thick and fast, but only some of them give rewards worth keeping. If this is your first time in World, be sure to complete quests with speech bubbles next to them as a priority, as they will unlock Mantles or Boosters, harvest box upgrades and canteen ingredients.

In Iceborne many of these quests unlock new Decorations, or upgrades to your Mantles and Boosters that allow you to socket Decorations for extra buffs while wearing them. While you’ll want to get the story out of the way so you can get to the endgame and the long and wondrous evergrind as soon as possible, focus some attention on unlocking the upgrades as you go. If you’ve had a few hundred hours already in Monster Hunter World you may well laugh at the idea of visiting the Training Area, but all fourteen weapon types have new mechanics built in with the old ones.

It may be a new combo, a new guard point or a new attack, but you can’t play any weapon in Iceborne the old way and still get the most out of it. You need to familiarise yourself with the new moves, and weapons you didn’t previously use might now be more viable. For example, I main Charge Blade, and the new Savage Axe move is truly devastating. A lot of weapons have new animations, too, and if you don’t know what you’re doing, you’ll end up on the end of a toothpick in Iceborne.

GET TO KNOW THE GATHERING HUB AND SELIANA

Once you have Iceborne, you’ll rarely bother visiting Astera again. Seliana is a more intuitively designed settlement, the Player Room is way better (and customisable with rugs, furniture and wall coverings, by the way), and everything is accessible without climbing a ton of stairs or riding a lift.

Most importantly though, the Gathering Hub in Seliana is awesome. Not only does it contain everything from the Provision Stockpile to access to the Argosy and Botanical Research Centre, it also has a pass through to the Forge and a bunch of stuff to mess around in, including a hot spring and footbath – and of course the table to get drunk at and the arm wrestling barrel. LET OFF SOME STEAM

While you’re at it, go visit the Steamworks. Seliana runs on steam, and the engineers and palicoes who run the Steamworks could use your help.

It’s essentially a game of chance in the first round, as you try guess the correct sequence of pipes to vent. However, if you pass that first round it becomes a mini ryhthm game where you’re required to hit the buttons you’re told to hit. It’s a bit of fun, a nice break from the hunting grind – but most importantly, it rewards you with all sorts of goodies from tickets to craft the new Clockwork armour set to Armour Spheres, consumables, crafting materials and trade items.

It requires fuel in the form of gathered minerals, but you’ll always be hunting, questing and gathering so it’s not really a big ask. Whenever you see a message that the Steamworks Fuel Reserves are full, head on over and get involved.

Senior Content Editor Mick has been playing games for over 30 years and writing about them for around 12. After drifting from site to site for a while, settling briefly at the now-defunct Made2Game and freelancing for the gone-but-not-forgotten NintendoGamer Magazine, he came at last to rest at Godisageek. Mick has been a reviewer, staff writer and content editor here for some time, while also moonlighting a little for Red Bull Games. He has 4 kids, has written 2 novels, and sometimes even manages to pay a bill or two. You'll usually find him defending the galaxy in Destiny 2, battling evil in Diablo 3, or lurking in the background on Twitter. Find him there @Jedi_Beats_Tank, or on XBL (JediWaster247), PSN (Jedi_Waster) or Nintendo (JediWaster).
MORE LIKE THIS
Guidesmonster hunter worldmonster hunter world: icebornetips

Returnal: How to get past the Red Barriers