by Advertorial - Paid Placement on September 8, 2019 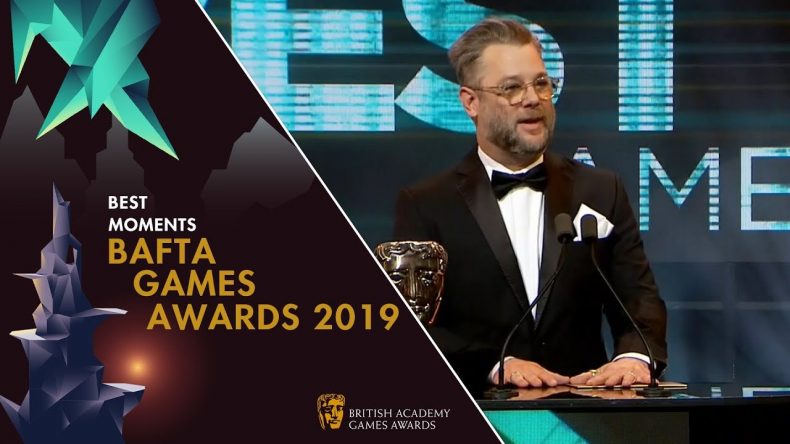 God of War definitely dominated the whole night this year at the 15th Bafta Games Awards, taking home an impressive five prizes during one of the gaming industries most prestigious nights of the year.

The big-budget PlayStation 4 exclusive picked up awards for Music, Narrative, the Performer award for Jeremy Davies who plays the part of The Stranger who is God of War’s primary antagonist and another award for Audio Achievement as well as taking home the big prize of the night which was winning the Best Game in the face of some really stiff competition.

Competition like Red Dead Redemption 2 and Assassin’s Creed Odyssey as well as virtual reality platformer Astro Bot were amongst the other titles up for awards and during Cory Barlogs acceptance speech, the director of God of War said “Creating things is really hard, it is daily failure, constant doubt, this feeling that what you’re doing is not that great, and every once in a while there is a shining moment where you say ‘aha, I got it’…. followed by sobbing.”

Held at London’s Southbank the glitzy ceremony celebrated the artistic achievements for the whole of the gaming industry with the sector growing steadily (it’s now worth $140 billion worldwide) the UK alone enjoyed a record growth in 2018 with a massive £5.7 billion being spent on video games which is a 10% rise on 2017.

Nominations for the Bafta Game Awards of 2019 included: – Assassins Creed Odyssey which was developed by Ubisoft Quebec/Ubisoft – Celeste, developed by Matt Makes Games Inc – Red Dead Redemption 2 developed by Rockstar Games (which surprisingly did not win any awards) – Return of the Obra Dinn developed by Lucas Pope/3909.

The Music Award went to God of War

The Award for Narrative went to God of War

The Original Property Award was won by Into the Breach

Being accepted and recognised in the industry as a leading player is a coveted title and within the online gambling, sector having recognition as a safe and fair site to play at it of great importance. Casinos with the best payout rates those with the most popular games and that have their players interests at heart are going to rank high within the industry, enjoy the most traffic and gain the most recognition.

Gaming is a competitive industry and to become the best it takes a great deal of hard work by the whole team – hard work yes, but the rewards can be astonishing.