previous
Rocket League is turning Upside Down
random
next
"I wanted to add a lot of melody to this world": Interview with Jesper Kyd, Composer for Borderlands 3 (and much more)
1 comment 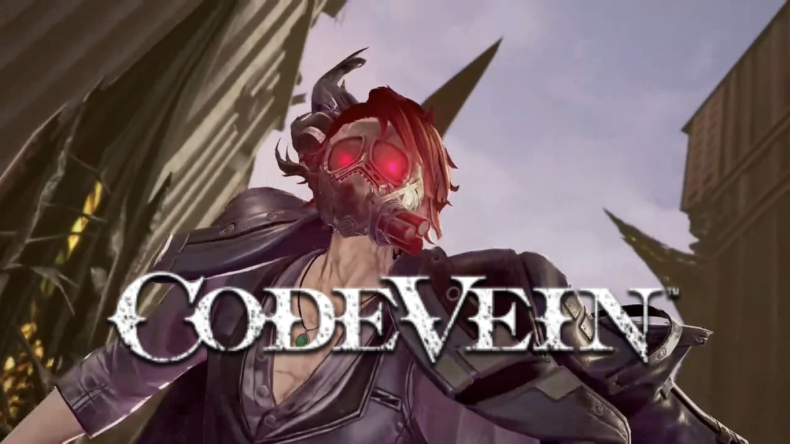 Welcome to a new guide series where we’ll be looking at the Code Vein bosses.

We’ll detail the move set, weaknesses and strategies that worked for us and will hopefully help you too. First up is none other than the boss with no doubt the most threatening name on this list: Oliver Collins.

Make sure you subscribe to our channel so you don’t miss the next guides, too. But here we are, let’s go with how to beat Code Vein’s Oliver Collins!

You’ll come across Oliver at the end of your journey through the City Underground when you manage to get back to the surface. You won’t be alone in this fight though as your new pal Louis, called the Stranger at this point, will be by your side.

As Oliver is the first boss you can expect that he’ll be on the tame side compared with other major bosses.

Oliver starts this fight with a warhammer and a few set moves:

His moves are strong but extremely slow, so timing dodges should be a piece of cake.

Around the halfway mark Oliver will double over and transform into a large Lost/Big Oliver. Be careful when this happens as an A.o.E blast couples with this transformation that will take off a decent amount of health if you’re too close.

We now enter the second half of this fight and while Oliver is now huge and more powerful, he’s just as slow.

Big Oliver has similar attacks but now has an additional A.o.E attack. His attacks now consist of;

Oliver is easy enough to take down regardless of your combat choice. There should be no issue dodging his attacks as he is much slower than any of the Lost you’ll have fought against in the underground. If melee is your style it’s a simple case of dodge, get a few hits in, dodge back to get some distance, rinse and repeat.

Oliver is the best boss to test out any ranged strategies on. As he doesn’t have any sort of transportation type moves it’s easy enough to keep your distance and practice some long ranged attacks/magic. Louis will keep him busy as he is melee based, so Oliver should focus most of his attention on him while you get some practice in. If Oliver does divert his gaze to you, your character should be fast enough to put some distance between you both and you can carry on dishing out some ranged damage.

Congratulations, you have defeated your first, of many, Code Vein bosses. Onwards to boss number 2: The Butterfly of Delirium.