previous
"I wanted to add a lot of melody to this world": Interview with Jesper Kyd, Composer for Borderlands 3 (and much more)
random
next
Iceborne expansion for Monster Hunter World gets first title update
0 comments

Planet Zoo is an impressive and in-depth park-building game 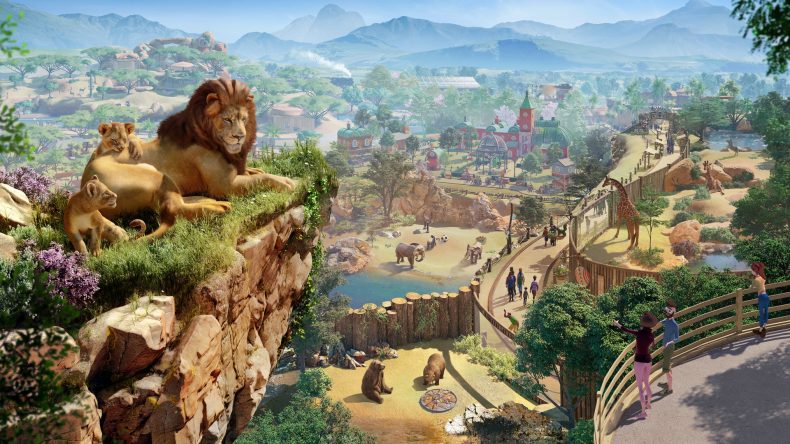 People love zoos. Even the most miserable of us will smile at the sight of lions and giraffes (not in the same pen, that would be a massacre). We’ll fall in love with penguins, and we’ll be entertained by monkeys of all kinds: it’s just a great time for everyone. But what about running a zoo? Will we enjoy that as much? That’s what Frontier Developments wants us to find out, in Planet Zoo.

It’s not an original concept, and it isn’t the first time Frontier has done this kind of thing. Jurassic World Evolution was all about building an animal park, only with the dinosaurs of the Jurassic franchise. Planet Zoo seems to do a lot of things the same way, but without the ability to tinker with the DNA of your main attractions. Well, at least that part wasn’t in the beta, though I suspect it’s not in the full game, either. PETA wouldn’t be too happy with that feature. As you might expect, building a zoo requires putting together enclosures for your animals and adopting various species to live in them. Simple enough, right? Wrong. The basic building of perimeter walls and viewing glass is easy enough, but then you have to tailor each enclosure to the needs of its animals. This means choosing the right plant-life from the right area of the world, not to mention making sure that the animal is used to it. Then, using the painting tool, you’ll need to strike the right balance of terrain to suit each species’ specific needs in the enclosures. Snow for snow leopards, mud for hippos, that kind of thing.

It becomes quite complicated if you’re taking over the reins of a zoo and have to sort out the mess left by its previous manager, which is exactly what I had to do in the opening level of Planet Zoo in the beta. When an enclosure’s plant life doesn’t match the needs of its inhabitants, opening an animal’s menu will tell you exactly why they’re unhappy and which plants need removing/adding. Annoyingly, there doesn’t seem to be a way to remove all of the offending articles in one go, instead having to find and delete each bush and tree manually. That is incredibly tedious work, let me tell you. An animal’s menu will also give you all the information you need to keep them happy. Once you have managed to get the terrain and plants in order, you’ll have to make sure food and water are available by building the relevant habitat additions. Best make sure you have zookeepers employed and have their own stations, otherwise those food and drink stations won’t be restocked and the enclosures will fall into general disrepair. Your animals need to be stimulated through activity stations unique to each species as well, with some designed to feed them while keeping them active, and others there just to keep them in shape and entertained. The animal kingdom’s equivalent to gym equipment, I guess.

If all this sounds a bit overwhelming already, you should know that you can pause at any time while you continue to plan your next move. If a wolf falls ill, you can stop everything and call in a vet. Same goes for most problems, or if you just need a moment to monitor the rather exasperating number of systems and ensure your zoo is running at its best. It’s a nice feature in this kind of game, as some of us do sometimes struggle to keep everything under control while time and pressure marches inexorably onward. I wish real life had this option. Having played an awful lot of Jurassic World Evolution, Planet Zoo did feel quite familiar. You no longer have to send out teams to dig up fossils, what with everything already being alive in Planet Zoo, but there is a lot more maintenance involved here. Taking over a zoo requires you to manually locate and remove flora that doesn’t suit the animals, not to mention dealing with protestors and looking after the animals’ needs. You’ll have to adopt new animals and build new enclosures, all while keeping your visitors happy and the money rolling in. Most of this is standard fare, but it did sometimes feel a little over-complicated for my tiny little mind.

It does look great though, building on the impressive visuals of the Jurassic World tie-in and adding even more detail for when you move the camera in nice and close. You can see the fur on the big cats, watch the peacocks strut their stuff and generally take in all the sights and sounds of your zoo as if you were there. Minus the smell of rhino dung and whatnot, which your keepers need to keep on top of. Not literally, that would be disgusting.

While it may not be quite as quickly accessible as the recent Zoo Tycoon, Planet Zoo looks to be an impressive and in-depth park-building game in its own right. Whether that appeals or not, is entirely down to your personal preference. Myself? I’m interested, though I hope there’s still time for a few flaws to be ironed out before release.