One Piece Pirate Warriors 4 gets a release date 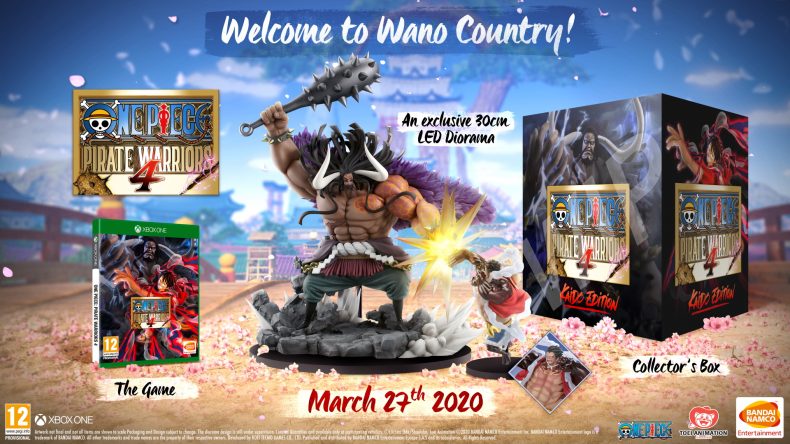 That’s not all as anyone who pre-orders will receive an early unlock of the Vinsmoke Brothers Ichiji, Niji and Yonji. Also included will be 2 exclusive costumes but they’ll be revealed at a later date.

Some extra news for any players that are in Europe now. A new edition, referred to as the Kaido edition, will also be released at selected retailers. Along with the game, the Kaido edition will also include a 30cm, LED diorama of the clash between Luffy and Kaido.

As a final gift there will also be a free addition, from launch, of four Wano costumes:

In case you hadn’t heard, Pirate Warriors 4 will also feature an original ending. That’s obviously due to the fact the manga is still ongoing and has no ending just yet.

Finally, if you’re on the lookout for a trailer showing off some story aspects then we got you covered with the below video.