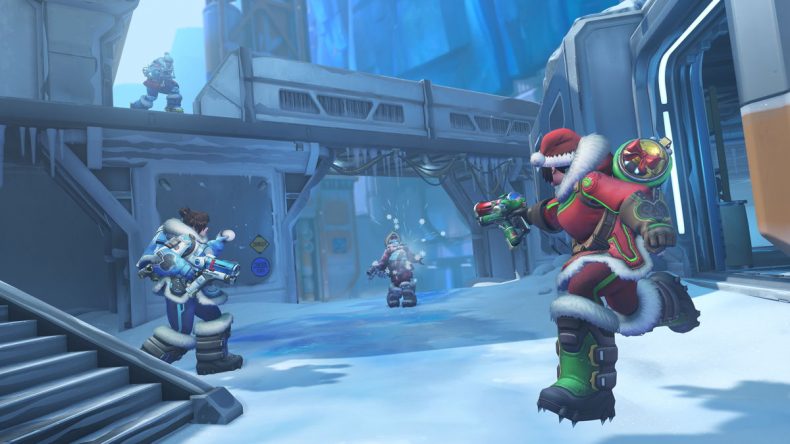 It’s December, which means that all the winter themed skins have arrived in Overwatch as part of Winter Wonderland. The Winter Wonderland event runs from now until January 2 on PC, PS4, Switch and Xbox One.

Let’s take a look at what you can expect in this years event.

There’s a new mini game mode called Snowball Deathmatch, a free-for-all for up to 8 players. Everyone plays as Mei with their own modified snowball gun from Mei’s Snowball Offensive.

Mei also has a new ability in this mode called Catch. Just as it sounds you have the chance to catch an enemy snowball and add it to your ammo count. To win you need to be the first player to get to 15 eliminations.

Winter Wonderland also sees the return of Weekly Challenges. If you win nine games you’ll unlock some limited-time rewards of icons, sprays and Epic skins. The epic skins you’ll be playing for are:

Each new event comes with some new skins, and Winter Wonderland is no different. You can get each of these for certain players:

There’ll also be 3 Epics skins, player icons and sprays to pick up.

Finally, there’s a trailer showing off all the new skins and game mode that you can find just below.