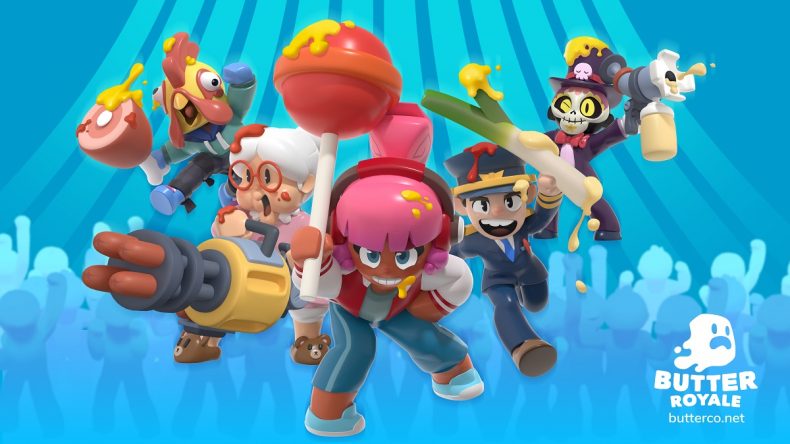 Butter Royale, a food-fight themed multiplayer from Mighty Bear Games is now available on Apple Arcade. After a global ban on weapons, people are using food on Butter Island to satisfy their hunger for competitive action. Designed for all the family, Butter Royale puts a family-friendly spin on the popular genre, making it availble to people of all ages.

You can play offline against AI Bots, or online where you’ll compete against in battles involving 32 players all trying to be the last person standing. There’re 52 characters spanning a wide range of backgrounds, ages, and genders, with simple controls so that players of all experitise can pick up and play. Butter Royale can be played across multiple Apple devices including iPhones and Apple TVs, with Family Sharing that allows up to six users to play on a single Apple Arcade subscription.

Sticking with the family theme, there’re no in-game chat rooms or ads, and as well as that, the game has no loot boxes or in-app purchases. “We designed Butter Royale to push the envelope on fun and inclusivity,” said Simon Davis, CEO of Mighty Bear Games. “We want everyone in the family to love it and see themselves represented in the game, from young children to grandparents.”

Video games are cool. Don't let anybody tell you any different.
MORE LIKE THIS
Apple Arcade