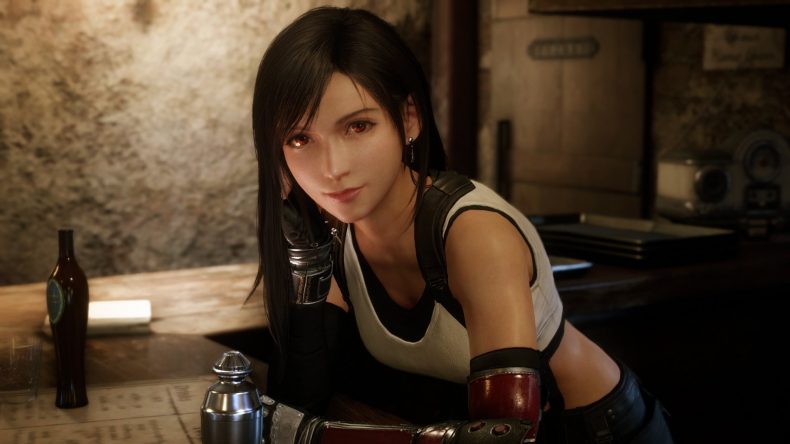 All in all, 2019 has been a bit of a weird one. We saw Anthem flop and Ghost Recon nosedive, we saw people denied prize money they deserved for airing a political opinion, Ninja abandoned Twitch, a prominent YouTuber got banned for cheating at Fortnite, and one of the years most popular games was about a goose. Fortnite got lightsabers, Fallout 76 got a subscription model, Google Stadia became a thing, sort of. EA not only released a good Star Wars game, but they also released a single player game without microtransactions or a season pass. Halo: Reach is back in the wild, Hideo Kojima managed to somehow simultaneously unite and divide the entire games industry with Death Stranding, and thank god for Keanu Reeves. In fact, if there’s one thing 2019 has done for us, it’s make us all really look forward to 2020. Which is as good a segue as any to introduce our five most anticipated titles due next year. If 2019 taught us anything it’s that we could all use an escape now and then, and the Animal Crossing series has always provided a great alternative to dealing with our actual lives for a few hours a time. Animal Crossing New Leaf was a favourite here at GodisaGeek, and next year’s New Horizons is set to take the franchise to places its never been.

Good old Tom Nook is back with a brand new venture: his Deserted Island Getaway Package that will see you setting up a brand new home on a beautiful paradise island. Life management will be taken to a new level, with the ability to craft tools and furniture to outfit your home and island and make paradise your own. You’ll even be able to jump in and play with up to three other players on a given island – and we can’t wait to start living our best life in 2020. No one expected much from Dying Light when it was first announced. It looked like more Dead Island but with Mirror’s Edge style free-running and frankly, no one thought Techland could pull it off. Then it hit the world and, Holy cow, established itself as one of the best zombie apocalypse games available. Fast-paced, huge and engaging, with a decent story and a superb expansion in The Following, Dying Light is a staff favourite here. Also, let’s not forget the cathartic fun of drop-kicking zombies right up the chuff.

But what has us most excited for Dying Light isn’t just returning to that world, but the fact that we’re promised almost unprecedented control over what happens in it. Techland’s hugely ambitious sequel will be shaped by the player’s actions or inactions, rewarding you with new areas or punishing you with the deaths of NPCs you failed to save, tougher challenges or darker outcomes. It won’t just be about survival, but about shaping a world worth surviving in. For a handful of us at GodisaGeek, yours truly included, Final Fantasy VII was one of the first truly impactful games we played. As Cloud Strife, troubled resistance fighter and Big-haired broodmeister, we faced countless challenges, battled our nemesis, Sephiroth, loved, lost, avenged, raced chocobos… We fought down enemies the size of buildings and built a team of iconic heroes to save the world of Midgar.

Next year sees Square-Enix’s massive remake finally hitting machines, and we simply can’t wait. The revamped battle system has fans somewhat divided, but everyone can agree it looks phenomenal. It’s not the only remake due next year (thank you, Capcom), but it’s been talked about and shown off so long that we’re practically frenzied for it. We were already fully onboard with Cyberpunk 2077 before Keanu took to the stage at E3 this year and announced his major role in the game. CDProjektRed are responsible for one of the generation’s greatest RPGs and we can’t wait to get our hands on their latest venture.

Set in a future world where you can be anything you want for a price, 2077 promises a living world like you’ve never seen before. If you’ve ever wanted to live out a Blade Runner / Deus Ex fantasy, this is the one for you. From cybernetic augmentations to memory implants and advanced hacking, you’ll employ a ton of tricks and skills alongside the first person shooting, driving and action to stay alive in 2077’s neon dystopia.

The Last of Us was always going to be a hard act to follow, but if anyone can top Naughty Dog, it’s Naughty Dog. But imagine having to deliver something as emotionally charged, well-paced, challenging and surprising as 2013’s The Last of Us. The chemistry between protagonists Joel and Ellie was surely lightning in a bottle, as was the incredible atmosphere and immersion that held fast despite the unapologetic gameyness of some of its systems… There’s a reason, well, lots of reasons, why for many people TLOU is the best game of the decade.

Next year brings a sequel many were sure they didn’t want until. It was announced, a further exploration of Ellie and Joel’s relationship, several years after the harrowing events of the last game, introducing new characters and relationships, new enemies and challenges to overcome. Naughty Dog simply don’t make bad games, they don’t even make “good” games; they repeatedly produce masterclasses in how to fuse storytelling with gameplay, character building with epic set-pieces, and the very thought of returning to their bleak, post-apocalyptic world has us practically drooling in anticipation.

Senior Content Editor Mick has been playing games for over 30 years and writing about them for around 12. After drifting from site to site for a while, settling briefly at the now-defunct Made2Game and freelancing for the gone-but-not-forgotten NintendoGamer Magazine, he came at last to rest at Godisageek. Mick has been a reviewer, staff writer and content editor here for some time, while also moonlighting a little for Red Bull Games. He has 4 kids, has written 2 novels, and sometimes even manages to pay a bill or two. You'll usually find him defending the galaxy in Destiny 2, battling evil in Diablo 3, or lurking in the background on Twitter. Find him there @Jedi_Beats_Tank, or on XBL (JediWaster247), PSN (Jedi_Waster) or Nintendo (JediWaster).
MORE LIKE THIS
Animal Crossing new horizonCyberpunk 2077Dying Light 2Final Fantasy 7 Remake