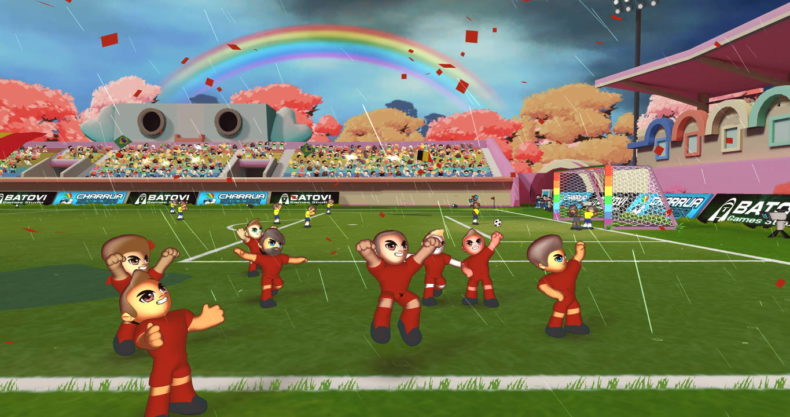 In case you missed it earlier, Charrúa Soccer is now available on Apple Arcade!

Charrúa Soccer has been developed by BATOVI Games Studio, previously known Pixel Soccer Cup previously released on iOS if you fancy a look. Their aim was to make something colourful and accessable for all. And so Charrua Soccer was born.

Roque Papa, owner and director of BATOVI Games Studio said, “With aestheitcs that both adults and kids will enjoy, simple commands and the possibility of playing with or without assistance, it’s a game that adapts to both the most casual players and to those who are seeking a bigger challenge. All of the makes Charrúa Soccer a unique game within its genre.

We made the game we have always dreamed of and alread we have a huge amount of ideas that will be part of future updates. Right now all we look forward to is for users to like it!”

If you fancy a look you can check out a short gameplay trailer below.