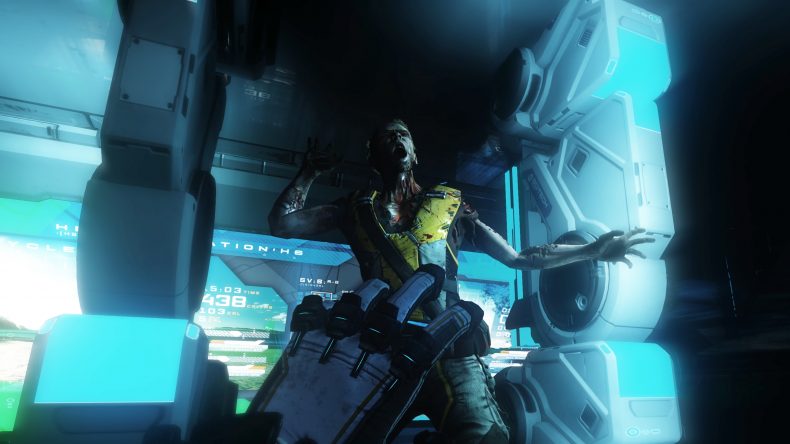 For those of us who love the scares and don’t have Virtual Reality headsets, Sci-Fi horror roguelike The Persistence is coming out of VR and onto PS4, Switch, Xbox One and PC this summer. Current owners of the PSVR game are in luck too, as they will also get access to the screen version of Persistence

“In The Persistence, players are tasked with surviving on board a doomed deep space colony starship in the year 2521. Said ship is overrun with horrific and murderous aberrations that make their presence known as players explore, evade and fight their way through the depths of an ever-changing labyrinth to bring the ship back to Earth.

By taking the original VR release and adding support for flatscreen play, this fresh version of The Persistence heightens the tension thanks to enhanced environments and post-processing effects, all working seamlessly with tailored UI and controls. Firesprite Games is also pleased to announce that gamers who already own the PlayStation®VR version will also receive these features via an update on PlayStation®4 for no extra cost.”

As a big horror fan, the idea of a more randomised spooky experience is immediately appealing. We also don’t get nearly enough Sci-Fi horror, so this should scratch that Dead Space and Soma itch nicely this summer.