Team17 Unpacks Pre-Order Bonuses and Free Demo for Moving Out 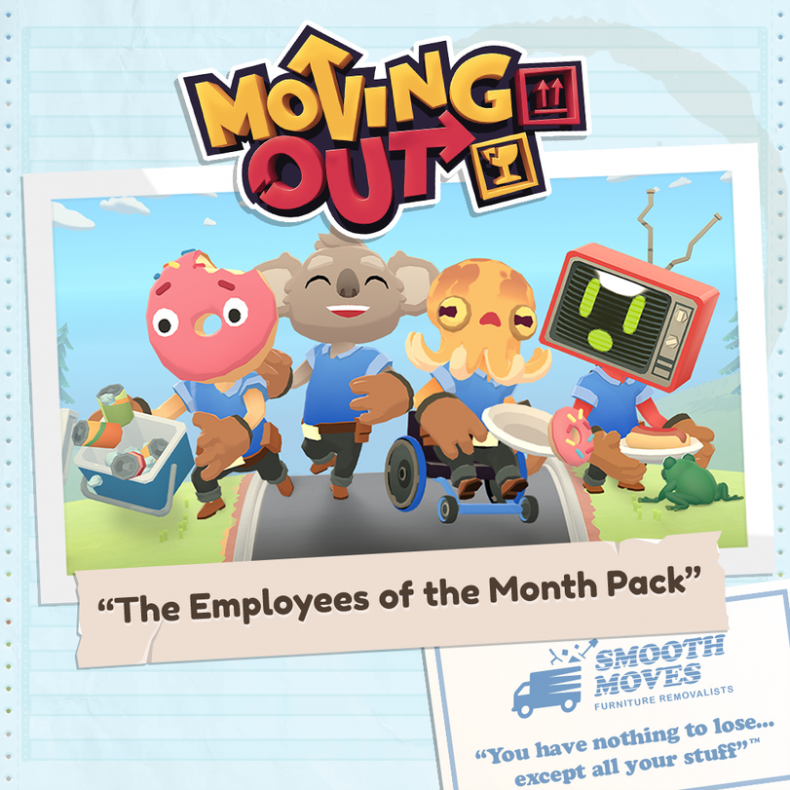 Pre-orders have begun for the Team17 Digital-published Moving Out, the delightfully ridiculous co-op game from developers SMG Studio and DevM Games. A rather fun trailer has been released to show you what you’ll get:

If you want to give the game a try beforehand, you’re in luck now that the Moving Out demo has been released on PC and console digital stores.

Honestly, the game looks like Overcooked but you’re moving furniture instead of food. I’m okay with that.

If you do go ahead and pre-order Moving Out on Steam, Nintendo Switch or Xbox One, you’ll get the Employees of the Month Pack, giving you access to four new movers. They include Professor Inkle the octopus, Bruce the koala bear, Sprinkles the donut and Dials the CRT television. You might think those are odd additions, but the moving company is named Smooth Moves and the mover are called Furniture Arrangement and Relocation Technicians. Yes, F.A.R.Ts.

Moving Out releases digitally on Xbox One, PlayStation 4, Nintendo Switch and PC on April 28th for £19.99, with a physical version releasing on consoles at select retailers.