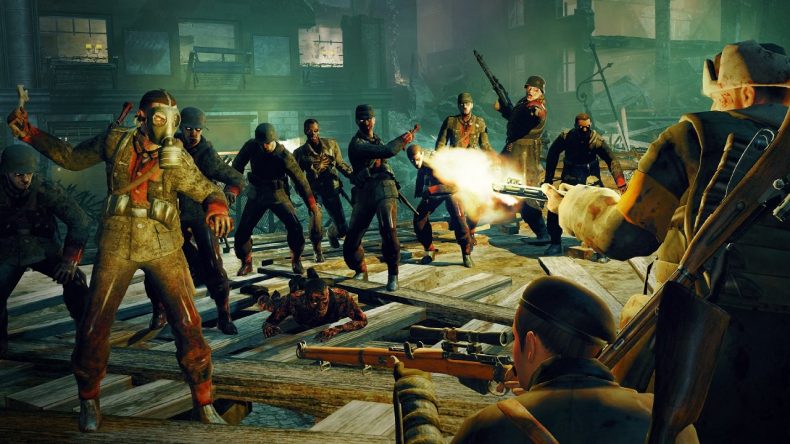 Today, UK developers Rebellion has announced that their Sniper Elite spinoff Zombie Army Trilogy is coming to Nintendo Switch on March 31, both digitally and physically. Head to 1945 and slay the massive hordes of Hitler’s huge zombie army, using sniper rifles, machine guns, and shotguns to dispatch wave after wave of the undead.

The game will come with all previously released content already seen on PlayStation 4 and Xbox One, including three story campaigns available to play alone or in groups of up to four players. Wireless co-op, motion controls, Pro Controller and HD Rumble support are all features of playing on the Switch, along with the integration of the new friend invite system.

Video games are cool. Don't let anybody tell you any different.
MORE LIKE THIS
rebellionZombie Army Trilogy