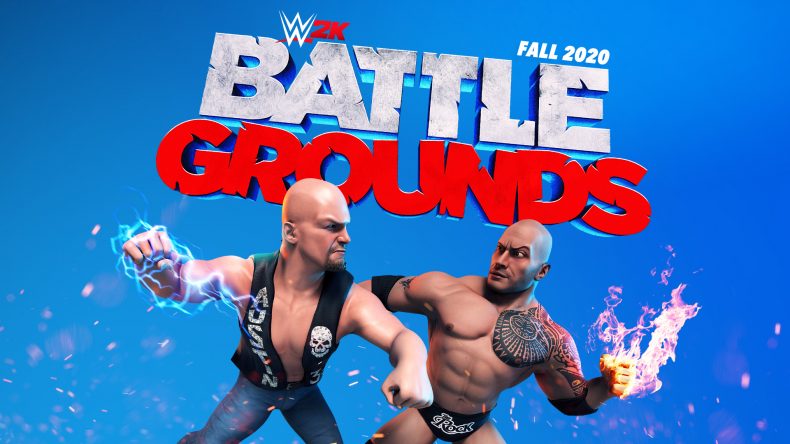 2K has today revealed plans for the future of its relationship with WWE, announcing brand new game WWE 2K Battlegrounds, which is scheduled to “launch this fall.” In an open letter posted on their website, 2K addressed what they had planned going forward, both for the WWE 2K franchise and their brand new game.

WWE 2K Battlegrounds is an arcade-style action game, filled with “over-the-top Superstar designs, environments, and moves.” If the trailer is anything to go by, this could be a much needed respite from their current attempts at pleasing WWE fans. WWE 2K20 was an awful entry into the series, riddled with bugs and poor design choices.

“We’re focusing on social pick-up-and-play fun, but with plenty of depth for those who want to get way into it. Whether you’re a casual gamer just learning the ropes or a passionate fan ready for all the action, WWE 2K Battlegrounds provides another way to enjoy WWE video game action,”the open letter said.

For those of you who enjoyed NBA Battlegrounds, Saber Interactive are developing Battlegrounds, and have been hard at work getting it ready. You can watch the trailer below:

As for WWE 2K20, the WWE 2K team have said they’ve listened and appreciated feedback. Whilst they don’t directly mention the major concerns with the game, they say they’ve addressed “hundreds of reported concerns” since launch. What was interesting is the continuation in keeping WWE 2K19 servers running, seemingly because people would still rather play this than last year’s entry.

In regards to the future of the series, 2K are planning on skipping a year and coming back in 2022. “We hear you and we know you want more from the franchise, so here’s what we’re going to do: we are applying what we’ve learned to the next WWE 2K simulation game with a renewed focus on quality and fun. As part of that commitment, we are extending the production timeline and will not be releasing a WWE 2K simulation game in 2020 (T2 fiscal year 2021). We want to ensure the development team at Visual Concepts can create a great game that will entertain grizzled WWE 2K veterans, as well as newcomers who want to climb through the ropes and step into the ring for the very first time.”

“We’ve recruited Patrick Gilmore to serve as our new Executive Producer and lead these efforts at Visual Concepts. Patrick has over 25 years of experience in video games, reaching all the way back to Disney’s Aladdin on Sega Genesis, and including franchises like Killer Instinct, Medal of Honor, and, most recently, Amazon’s New World. He will be overseeing WWE 2K development, and you’ll be hearing more from him and the team in the months to come.”

There was also announcements regarding WWE SuperCard. There have been 20 million installs of the game, and that fans should expect to see more “card riers, game modes, in-game events and exciting announcements as WWE SuperCard content continues to roll out.”

Video games are cool. Don't let anybody tell you any different.
MORE LIKE THIS
Saber InteractiveWWE 2Kwwe 2k battlegroundsWWE 2K20