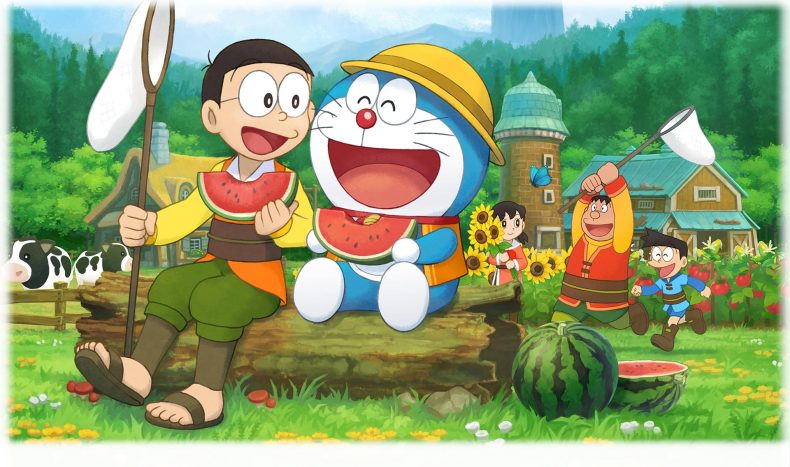 Bandai Namco has announced that Doraemon Story of Seasons is coming to PlayStation 4 on September 4, 2020 after previously releasing on Nintendo Switch and PC. The official synopsis reads as follows:

Pulling together the Doraemon franchise and the Story of Seasons game series, BANDAI NAMCO Entertainment Europe, Marvelous Inc. and Brownies worked together to bring DORAEMON STORY OF SEASONS to life. Players will join the popular robotic cat from the 22nd century Doraemon as well as Nobita Nobi and his friends on a heart-warming journey to create and nurture a flourishing farm.

With the help of Doraemon’s gadgets, players will enjoy traditional Story of Seasons activities like growing crops, cultivating their farm, exploring, bug hunting and many more. They will be able to develop their town as well as their farm, while interacting and forming strong bonds with the other townspeople!

For more information, make sure you keep an eye on Bandai Namco’s official website. Check out the PS4 Announcement Trailer below:

Video games are cool. Don't let anybody tell you any different.
MORE LIKE THIS
Bandai NamcoPS4