previous
Thunderbox looking for Beta Testers for new game The Captain is Dead
random
next
Tales from Animal Crossing: A tale of cheese and "whine"
0 comments 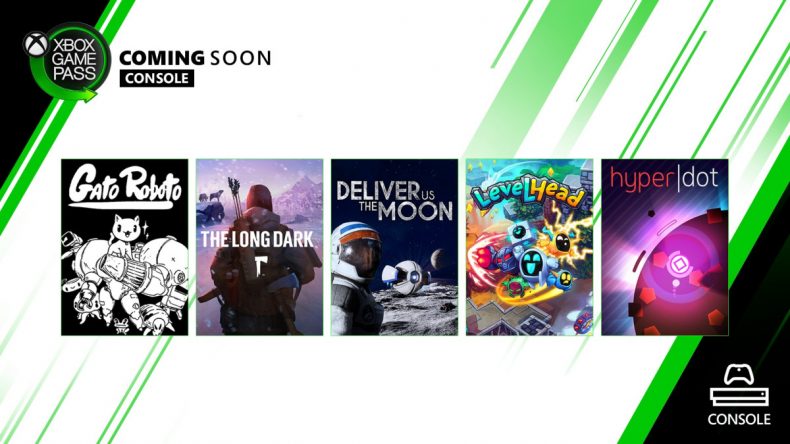 Megan Spurr, Community Manager at Xbox Game Pass, has announced plenty of new games coming to April, including The Long Dark, Deliver Us the Moon, and Gato Roboto.

Here are the list of games coming to Game Pass between now and the end of April:

Deliver Us the Moon – April 23

Xbox Game Pass Ultimate members are getting plenty of perks, too. If you love NBA 2K20, you can grab 5,000 MyTeam points and 30 skill boosts. Warframe fans can also grab a Starter Bundle with Credits, and the Phantasy Star Online 2 lovers can get a monthly bonus pack. You can head to the Perks section inside the Xbox Game Pass tab to redeem them.

On April 22, Sea of Thieves will be adding three breeds of feline friends to The Pirate Emporium; the scruffy Wildcat, fluffy Ragamuffin, and slinky Mau. For all the Ships of Fortune updates, check them out here on Xbox Wire.

Finally, there’s a bunch of games leaving on April 30, so use the next few weeks to make sure you get to play them before they’re gone:

Video games are cool. Don't let anybody tell you any different.
MORE LIKE THIS
game passGato RobotoThe Long DarkXbox