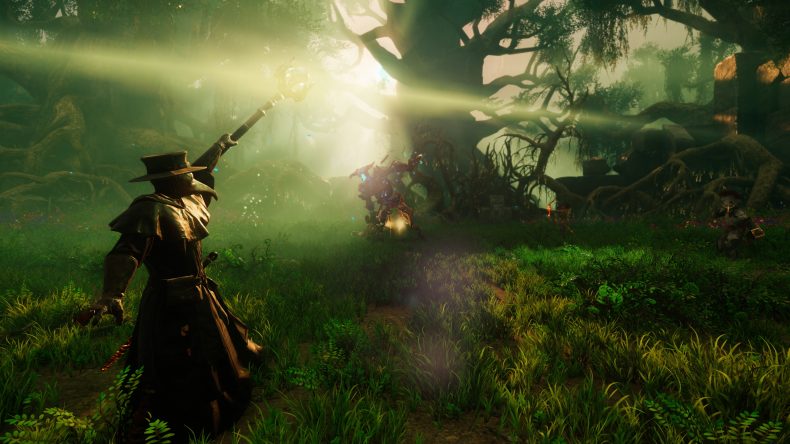 Amazon Game Studios has released information on upcoming MMO New World, focusing on the Arenas of Aeternum. The details were released via the Studios’ blog.

The latest blog post details the Arenas of Aeternum where players will battle one of the most powerful creatures – the Spriggan. Defeating it will reward players with high tier loot and other goodies.

The blog post goes into more details and even has some interviews with some of the Art and Design team.

New World was due to be released this month, but the launch has been pushed back until August. Set in the mid-1600s, players will colonise a fictional land in the Atlantic Ocean. Players will be expected to scavenge resources, craft items and fight other players.

Likes to shoot stuff and wear pretty shoes. Is a BEAST at Titanfall.
MORE LIKE THIS
Amazon Game Studiosblogblog postDeveloper Blog