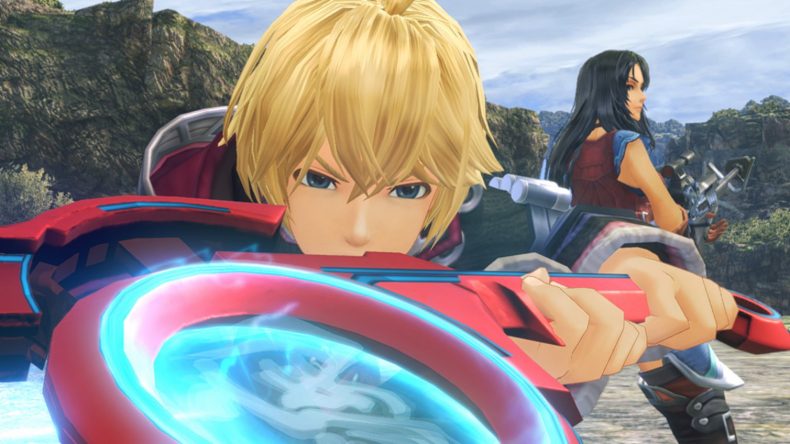 So far, this is perfect for newcomers to the series and fans who got in through Xenoblade Chronicles 2. Right from the grand opening cutscene that showcases a massive improvement over the original on Wii and 3DS, it starts out strong and just shows how well the team has redone moments from the original in the engine used for Xenoblade Chronicles 2 and improved slightly in the Torna expansion.

I love how you’re not bombarded you with a ton of tutorials like Xenoblade Chronicles 2 and it eases you in better. Improvements to core gameplay like navigation improvements helping you with side quests, the ability to actually deal with quests better than the original, and a cleaner UI help a ton. The improvements to managing and completing side quests is very important because they let you earn loads of money quickly. This extends to the ones that need you to collect items from the field since those are now clearly indicated with a blue exclamation mark when available in a specific region. Navigation in general feels better implemented, and if you aren’t a fan of being told exactly where you need to go, you can disable some things. Visually, a ton has been done to bring this to the modern age. This includes redoing character models mostly for the better (I’m not a fan of Dunban’s new look), additional geometry in the environment, draw distance improvements, and a stable frame rate. In my time so far, I only noticed two instances of minor slowdown. This is a big step up from Xenoblade Chronicles 2 when it comes to both visuals and performance. The art style in general for the original Xenoblade Chronicles has always been more consistent and it is great to see the super strong environmental design of Monolith Soft from Xenoblade Chronicles get such a big overhaul here.

One thing I did notice that stood out is the depth-of-field effect used during cutscenes and, to some extent, in gameplay makes some things in the foreground look a bit softer than the background. You can still zoom the camera as you please just like Xenoblade Chronicles 2 but this feels like Monolith Soft trying yet another implementation at post processing after Xenoblade Chronicles 2 and Torna to give players a more pleasing image during gameplay.

Voice acting is thankfully the same as the fantastic dub for the Wii original. Unlike the New 3DS release, you can choose between Japanese and English voice acting here from the options menu. The music on the other hand is something I was a bit concerned about. While I didn’t actually finish Xenoblade Chronicles on 3DS, I’ve been listening to the soundtrack for years and it is legendary. I was afraid some of the arrangements wouldn’t do the original justice. Thankfully, almost every arranged song is excellent in the time I’ve spent with Xenoblade Chronicles: Definitive Edition. You can switch between the original and arranged soundtrack for battles and field exploration through toggles in the menu as well. I only have two complaints so far: the first is the fact that the quality of life improvements from the Xenoblade Chronicles 2 expansion pass that let you toggle enemy aggro and the like aren’t here. Those features would’ve helped a lot for players who used them once they were available on Nintendo Switch. The second is something I knew wouldn’t be addressed but am still disappointed with: the treasure chest loot system for enemies should’ve been fixed. It just feels like your time is being wasted for a few seconds after every battle now especially those involving multiple enemies.