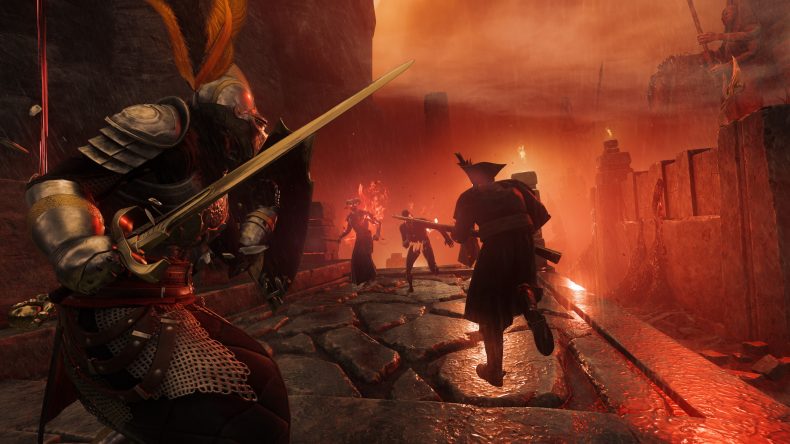 During this year’s PC Gaming Show, Amazon Games’ MMO, New World, was shown in a new “combat” trailer. You can watch that trailer right here:

Launching globally on PC in August, New World will actually be playable next month via its newly-announced closed beta. Pre-ordering the game is the way into said beta, as well as earning a few in-game rewards for the full release.

Set during the twilight of the Age of Exploration on the mysterious, haunted island of Aeternum, this new MMO pits players against each other and the undead legions that inhabit the haunted wilderness around them. Massive battles set New World apart, with fortress sieges against other players and supernatural invasions that feature up to 100 players on the battlefield at once. Combat in New World is visceral and skill-based, giving players direct control over their movements and attacks. Aeternum is rife with danger and conflict, but rich in opportunity for soldiers, explorers, artisans and empire-builders. Players can band together to form powerful Companies operating out of fortified strongholds, or play alone and acquire and customize their own homes as they contribute to the growth of the larger community around them. New World provides near-limitless play, with classless character progression, social systems, and rich crafting mechanics.