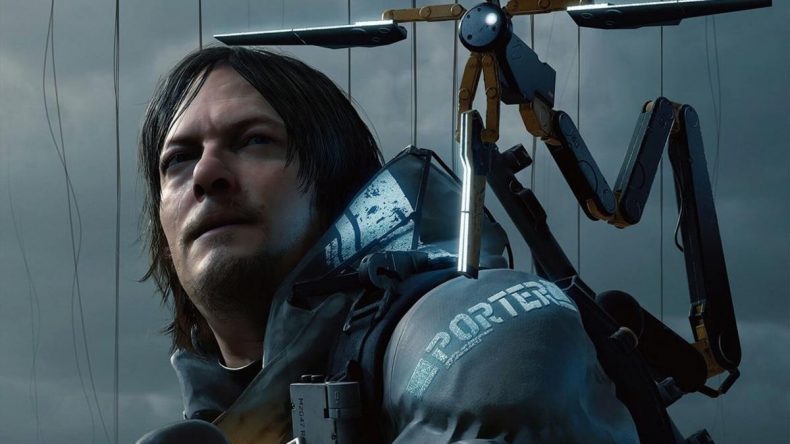 At the start of 2019, Death Stranding was still very much a mystery, and a release date seemed unlikely. All we had to go on were the cryptic trailers that didn’t seem to tell us anything about the game, but after some healthy footage that came out of the Tokyo Game Show, we had a lot of more information to get excited about. The two gameplay sessions showed off a lot of unique ideas, and a detailed explanation of what you’ll be doing throughout your time in Death Stranding. Hideo Kojima’s imagination has often been the source of criticism and ridicule, but everything we knew about his first game since parting ways with Konami was nothing short of ambitious. Now, after playing the entire game, I’m happy to say Death Stranding was well worth the wait. Being a huge Kojima fan, I’ve put together 10 things that I loved about the game, and why you should definitely dip your toes into his open world epic.

The notion of a “Strand game” had me intrigued ever since it was first mentioned. How players around the world could work together through their own single-player experience seemed rather ambiguous at first, but after playing, the idea of players creating friends – or strands – as you play is much clearer now. The terrain can be challenging to traverse, but items can be left for others, such as ladders and motorbikes, to help make travelling easier. Also, when so many players walk along a certain path, it becomes a highway that makes it much easier to travel down. Charging pads can be crafted to help refill batteries for suits and weapons, and the more you play, bridges can be built to get across rivers. If a bridge is crafted by me, another player can then use it in their game, which opens up a plethora of possibilities for the millions of people that will end up playing it. Weather systems play a huge role in Death Stranding. Managing your equipment is vital for your survival and for completing missions, but rain can damage your stuff, and it can also make terrain much more difficult to get across. BTs (the game’s mysterious enemies) come out when it rains, so there’s a heightened threat level to bear in mind when you’re on the go. You can equip a special charm that will stop rain from falling, but it won’t work forever. Later in the game you can use a weather forecast to help plan when to travel, but the fact that rain – or Timefall as it’s known – makes the game more of a challenge.

There isn’t a single game developer other than Kojima that would get away with an idea so out there like the ability to use you number ones and twos as weapons, but in Death Stranding, this is a possibility. If you drink a lot of beer – or Monster – you need to pee, and you can do so in a toilet located in your safe house, or in the vast landscape of the game. In Sam’s private room, vials of urine and faeces are collected to be used as a weapon, and if they contain blood then they’re more useful. These are just some of the weapons you can use in Death Stranding, and like a monkey throwing its own shit, you’re pretty much in the same boat. Throughout the history of Metal Gear Solid, the enemies have been one of the most extravagant features. Twisted and bizarre, scary and diverse, encounters with them have been some of the biggest talking points of the series. Death Stranding follows suit with the introduction of BTs – the monstrous enemies of Death Stranding. One of the coolest things about the Gazers – creatures that remain still when you’re not moving – is that when you’re running, they can’t be seen. If you stop whilst in the vicinity of them they’ll appear, and if they’re close to you they’ll alert the Hunters. These Hunters will then drag you into a void where you’ll face something called a Catcher. These sub-bosses want you to suffer, and the world around you becomes drenched in tar that affect your movement.

Your blood is unique

Finding out why Sam is so special is a huge highlight of mine. Whenever you rest in a safe house, 500ml of his blood is extracted to be used to fuse with certain weapons. Whilst you don’t use it against other humans, if you infuse it with grenades, they can be used to stop the BTs. One of your weapons is the Bola Gun which is used to trap Mules – soldiers that steal your equipment. When you use your blood in tandem with the gun, it can neutralise Gazers so that they can’t alert the Hunters. You can also use your blood with grenades so that it does damage to the Catchers when you’re in a fight with one of them. Waypoints in games can often been frustrating. As good as Horizon Zero Dawn and Red Dead Redemption are, following your path isn’t always clear, and they don’t give you an indication of how difficult certain terrain is to pass through. In Death Stranding, you can plan your route to make sure you avoid mountains or rivers, and by pinning various spots across a journey, you can give each trip plenty of definition so you make it as easy as possible for you. The map gives you information about the various pitfalls and dangers of the environment, so having this type of control available makes travelling more straightforward.

A new approach to gear

The strand idea is useful when helping you charge batteries, pass terrain, and travel quicker, but it also means that your equipment can be customised rather uniquely. Players can leave a wide range of items across the map, meaning you can equip it for yourself. Another interesting element of gear is how enemies called Mules can steal it off you and take it to a compound where they keep hold of it. By infiltrating these locations, you’ll find lots of gear they’ve taken from other players, so there’re plenty of things you’ll find available to use for yourself. Equipment management is all about balancing weights and managing your equilibrium, but also customising your backpack is a really cool feature. You can add pouches to it that means if you want to equip plenty of blood packs you can. Likewise, if you’d rather have a load of grenades instead, it’s completely up to you. You can often find yourself in deep trouble whilst exploring the environment of Death Stranding, but there’re ways in which you can relax and recuperate. Hot springs exist all over the world, and you can go and take a bath in them to recover different stats. Some hot springs refills your stamina, and others will refuel your battery packs. The baby that you’re looking after (called BB) will also have a swim about in his pod, and you can sing or hum for him to keep him happy. Whilst in your safe house, you can relax with a beer, eat some bugs (that give you more blood), and listen to any music that you’ve found in the game; we all know how much Kojima loves his music after all. Silent Poets, Low Roar, and Chvrches are just some of the artists on the soundtrack, but every song in Death Stranding is perfect.

A friend in need

One thing that Hideo Kojima said in the TGS gameplay streams is, “we’re alone, but we’re in this together with everyone else.” This doesn’t just refer to leaving equipment around the world for others to use, but also in tough fights where you could do with a helping hand. If you’re on the verge of being voided out (a term coined to refer to being defeated by a Catcher that leaves a huge crater in your wake), you can communicate with other players so they’ll jump in your game and help. If you need some more ammo, or want someone to join your game to fight alongside you, they will. Whilst other players don’t technically appear and fight alongside you, their avatars will throw weapons and items in your direction, making some of the later game fights a bit easier.

Kojima had been rather tight-lipped about exactly what is going on, but after finishing I’m glad I went into it blind. The main premise revolves around Sam trying to rescue the President of the UCA (United Cities of America) after she’s captured, and that Mads Mikkelson’s Cliff has ties to BB. Troy Baker plays Higgs, a villain with a golden skull for a face, and Guillermo del Toro plays an allie of yours called Deadman. The way the story unfolds plays out like a dream, and there’re plenty of moments that had me moved to tears, especially the way in which Sam’s relationship with BB evolves.

Video games are cool. Don't let anybody tell you any different.
MORE LIKE THIS
death strandinghideo kojimalistTokyo game show