previous
Rogue Legacy 2 isn't coming out in July now, but it's just a short delay
random
next
Medieval Dynasty first look: Create your own legacy from the ground up
13 comments 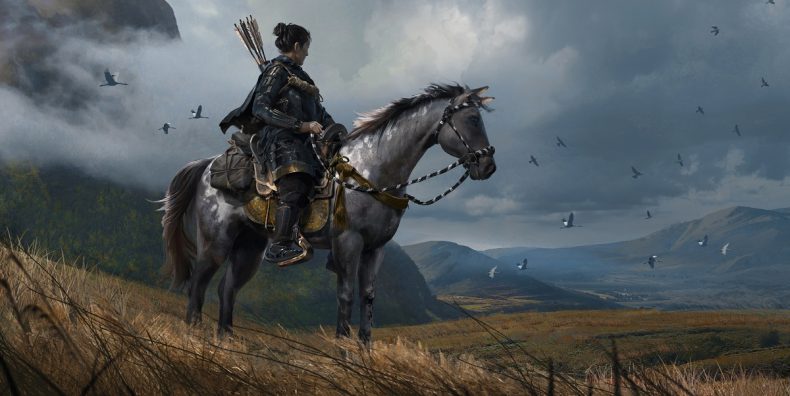 In Ghost of Tsushima, the road to victory is paved with danger. You will face countless enemies that want you dead, and mastering the combat is vital if you are to succeed. Jin will gradually learn new moves, and the skills you unlock will aid you in defeating the Mongols, but it can be difficult knowing how to become the perfect killing machine. But we’re here to help you along your journey in Sucker Punch‘s latest epic. We’ve put together some top Ghost of Tsushima tips that will help you fight effectively and survive your adventure.

Patience is a virtue

The first of our Ghost of Tsushima tips is to remain calm. You’ll end up with plenty of tools to aid you in battle, but the most fundamental lesson in any fight is patience. Ghost of Tsushima is not a hack-and-slash game. You cannot simply bash buttons to overcome your foe. The Mongols and Straw Hats can be dangerous, especially in numbers, so making sure you wait to strike becomes a vital piece in this game of death. If you try and attack too much, your opponents will take advantage of you. Your clumsiness will turn to mistakes, and your mistakes will turn into an untimely death.

Whilst patience is a virtue, learning how your enemy moves is just as important. It is in those quiet moments just before attacking that you can uncover a lot about their attack patterns. Swordsmen are quick and will unleash a flurry of attacks, whilst spearmen charge at you with range on their side. If you encounter a group of enemies, make sure you know exactly what you’re dealing with, as one wrong move can affect the whole encounter. 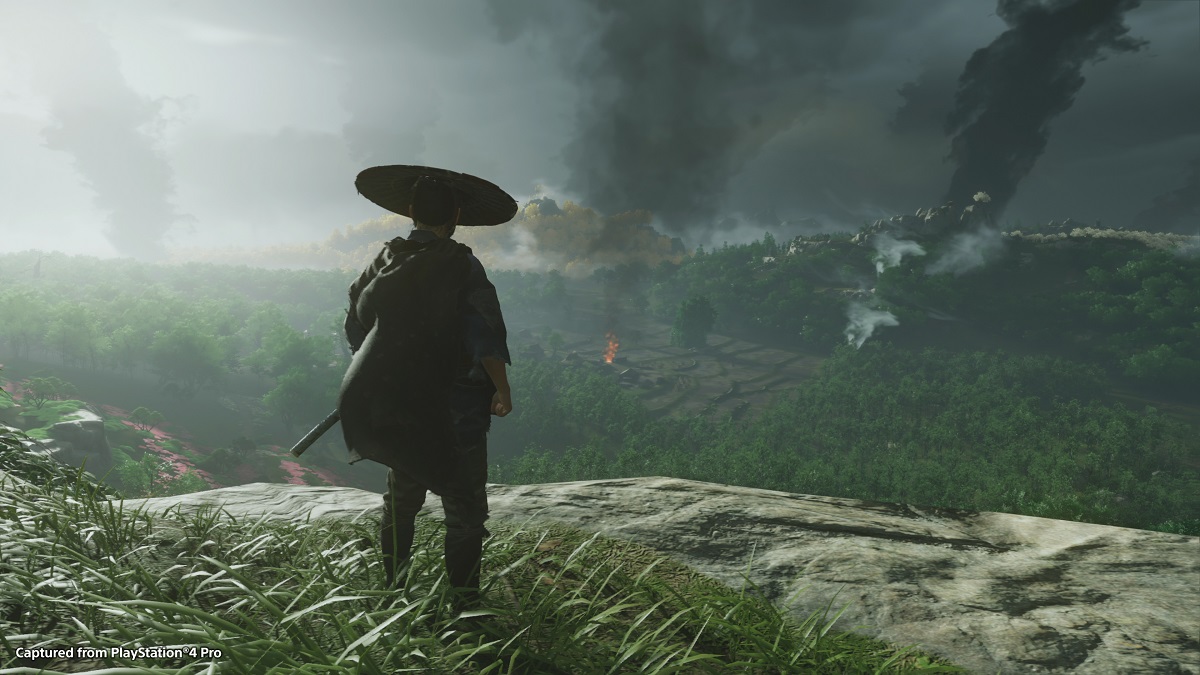 Whenever you face more than one enemy, it is vital that you wipe out the archers first. No matter how efficient you are with your katana, archers have the power to disrupt the flow of battle. If they connect with an arrow, it will allow your enemies an opportunity to strike. If they fire an explosive or a flash arrow at you, it could lead to your untimely demise. By taking out the long range threat, you’ll be able to focus on those near you, meaning your attack and defensive strategy won’t be disrupted.

Throughout Ghost of Tsushima, you’ll unlock a variety of stances that become vital if you need to defeat certain types of enemies. Each of the four stances give you an edge over the swordsmen, shieldmen, spearmen, and brutes. It’s so easy to switch between them, and it could really save your life if you’re facing multiple ones at the same time. To unlock the stances quicker, make sure you observe Mongol leaders as opposed to killing them first. This will give you two notches towards your goal instead of one, guaranteeing you a quicker path to all four stances.

It can be frustrating when facing more than one enemy due to the excellent AI Sucker Punch has given them. One thing I learned early on is that breaking an enemy’s defence is so important. By selecting the right stance against your opponent, pressing Triangle will break their defence, giving you an opportunity to end their life. Sometimes it may take a couple of attempts to stop them from blocking you, but it is also the fastest root to killing them quickly. If you haven’t got it by now, the combat in Ghost of Tsushima is like a game of chess. All enemies have strong attacks that will hurt you regardless of how good you are. When you see a red light appear at the tip of an enemy’s weapon, it means they are about to do damage without you being able to block. By dodging at the last possible moment, time will slow down and you’ll be given a brief window of opportunity to strike back and deal some much needed damage. Parrying an attack at the right time will also give you a chance to return the attack, as time once again slows down. Mastering parrying and dodging is just as important as actually landing a crushing blow.

Throughout your journey, Jin will end up unlocking a range of weapons such as the Kunai, longbow, and blow dart. Every single weapon has great importance to every situation you find yourself in, so getting used to them becomes vital when infiltrating Mongol Camps, castles, or general battles. The bows provide you with stealth options and long range attacks whilst the Kunai can distract or kill an enemy dependant on their skill level. Your weapons are tools of destruction, so play around with them all to make combat both varied and deadly.

Being the Ghost of Tsushima has its benefits. The more you get used to being quiet, the more it will benefit you. Some of the Mongol strongholds will house up to twenty or so enemies, and even if you see yourself as a pretty good fighter, it’s always easier to go in quietly. Take out the guards along the watchtowers with arrows. Assassinate from above by climbing up tents and using the ropes to move above ground. Use firecrackers to distract enemies and separate them from others, then kill them from behind. It may not be the Samurai way, but it is effective.

Listen to the musician’s stories 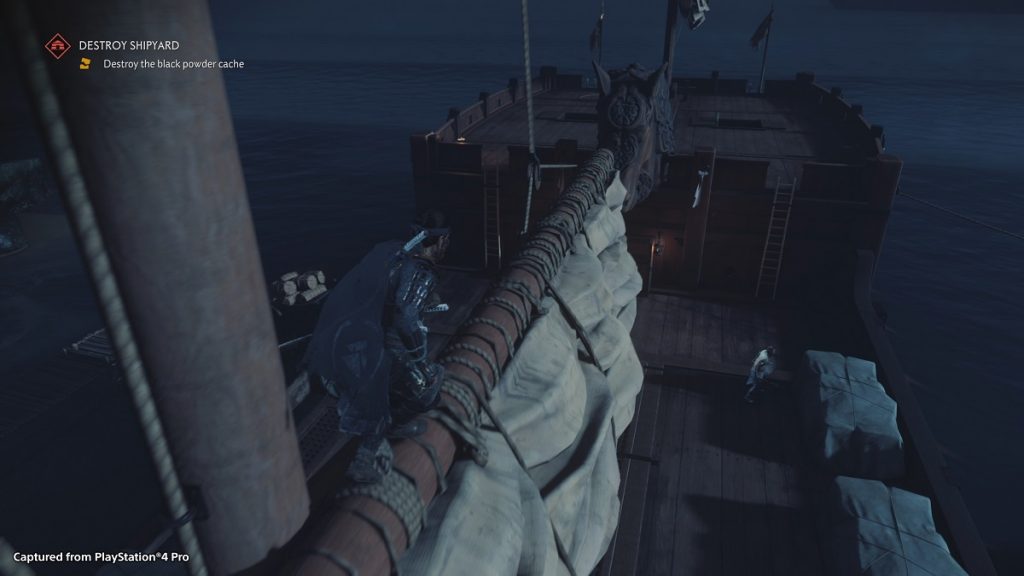 Not only are there plenty of weapons Jin can use along the way, but there are also a handful of Mythic attacks that become game changers, especially against bosses. Mythic Tales are by far the coolest thing about Ghost of Tsushima. By finding the musician across the map, you’ll listen to a tale about a fallen warrior, and quite often a special move or piece of armour. What plays out is a unique mini-adventure that will end up providing you with an awesome new attack like Heavenly Strike. The armour you can equip from these quests are also pretty bad ass, so they’re definitely worth doing.

Whilst there are different armour sets in Ghost of Tsushima, and you can change the colour and style of these, they also offer different buffs to you. It’s always worth switching between different sets depending on what mission you’re undertaking. There’s an armour set for stealth missions, missions that require you to use your longbow, and missions that culminate in a massive battle, so making sure you learn which armour will benefit you at the correct time grants more of an advantage to you.

It can take a long time to upgrade everything. Whether you want to make your katana as deadly as possible, or need your Ronin armour to be as effective as it can be, you’ll need to pick up plenty of materials to do so. Metals such as iron can be found at Mongol camps, whilst supplies can be found everywhere. Certain missions will grant you with materials too, and taking on a bunch of enemies as you travel through Tsushima can also lead to you finding a nice cache of materials. Your bow will need certain flora to flourish, so pick up everything you see. As you travel on horseback, pressing R2 as you ride past bamboo or yew wood will instantly collect it, so there’s no need to get off your horse to pick it up. These materials are everything – especially supplies – so search everywhere.

Video games are cool. Don't let anybody tell you any different.
MORE LIKE THIS
ghost of tsushimaGuidesony interactive entertainmentSucker Punch