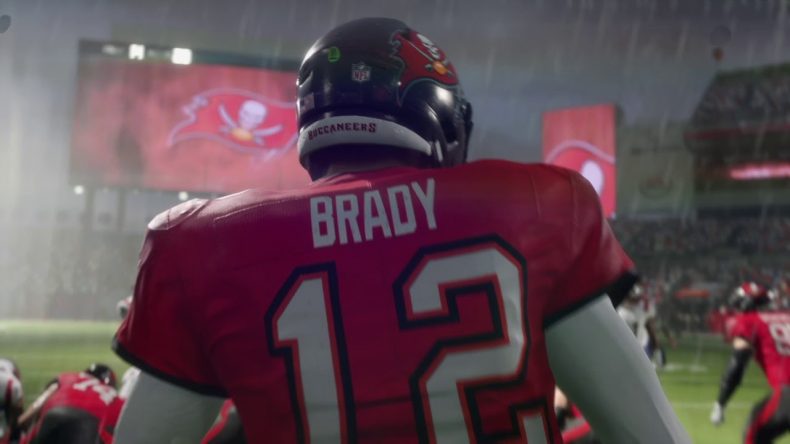 Recently, I got the chance to play the Madden NFL 21 closed beta. I always look forward to this time of year as Madden kicks off the run of the big sports titles, such as FIFA, NBA 2K, and EA NHL. Whilst there’s still over a month left before it releases, playing the closed beta gave me a good idea of the improvements to gameplay. Some years we see minor tweaks to the offence and defence, and others we see huge improvements to how the game is played. I’m happy to report that Madden NFL 21 appears to have taken some big steps in making the game faster and more fluid, with more emphasis on total control of your lines.

Quarterbacks snap the ball faster, and can also make a pass even when facing a sack. It’s been a frustration in years gone that as soon as pressure is applied to the QB and your opponents make contact, you’re almost instantly taken to the ground. Thankfully, you can still make a pass when facing a tackle, and it allows for some great plays and even better replays. Animations for almost every position are much sharper and have benefits when it comes to fulfilling the designated play. Sharper turns by the Wide Receivers allow for more range when catching or avoiding a tackle, Tight Ends provide better coverage for the Running Backs during a run play, and the Defensive Line also have opportunities to use their designated skills to break through and force a fumble or tackle. Each player in the defensive team has an action that allows them to use the Right Stick or a set button prompt to commit to their role, allowing for a more successful attempt to force a punt. The computer AI feels vastly improved all over the field. I always felt a need to switch to my players closest to the ball as tackles were never that natural. I noticed a huge improvement here, meaning I could rely on my team to think smartly and make the right call when it came to going in hard for a tackle, or block out the offence so the opposition didn’t have an easy trip to the end zone. Wide Receivers break away into space much easier, meaning when I made a pass they’d likely connect without the struggle of being blocked or fumble the ball.

The Right Stick now acts as the skill moves when either attacking and defending. New moves like the Dead Leg have been mapped to the stick, so when you’re faced with a Running Back potentially being dropped by the defence, you can chain together certain moves by the flick of the stick to provide a much more natural way to avoid being tackled. You still have certain power moves by using the main four buttons on the right of your controller as well, so there’s plenty of opportunity to move more freely. This also goes for the defence, as the Right Stick allows you to break up the opponent’s attack with better control thanks to the freedom it provides when tackling. The other big improvement I noticed was the celebration animations I could initiate across the field, whether performing a huge pass yardage play, grabbing a touchdown, or making a big tackle. You can now celebrate using the Right Stick, and I can see this being a great way to wind up other players in online competition. After making an 80-yard pass and breaking free of the defence to either reach the end zone or get some serious distance, flicking the stick to dance, shimmy, or perform a signature move gave personality to each successful play. The same goes for touchdowns, where your players can choose to taunt your opposition yards before waltzing into the end zone. Whilst it never needed to be added, it makes each game much more personal, providing Madden NFL 21 with a better experience all round.

The Madden NFL 21 closed beta feels like a faster game so far, with multiple improvements to every position. AI has seen a huge improvement, allowing you to place more trust in computer-controlled players. Breaking through the offence and hitting a sack, moving away from the defence to grab a pass, and launching the pigskin down the field even in tough situations all feel improved. I’m so excited to jump into all the game modes of Madden NFL 21 knowing these improvements are going to make a massive difference.

Video games are cool. Don't let anybody tell you any different.
MORE LIKE THIS
closed betaEAea sportsmadden nfl 21