previous
Kingdoms of Amalur: Re-Reckoning will get a September release
random
next
2K announces WWE 2K Battlegrounds will launch worldwide in September
5 comments 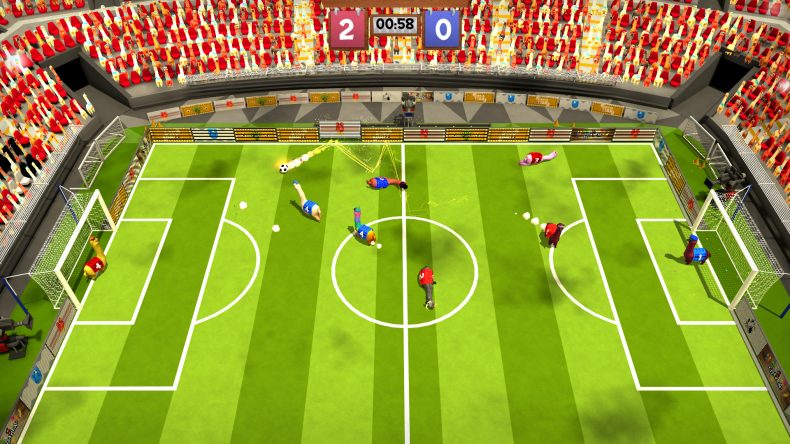 If you have been missing football then Salt Castle Studios has your back! The studio has announced Alpaca Ball for Nintendo Switch and Steam, launching later this year.

Yes, that is right, you can play football with alpacas in what looks like a mad physics-based multiplayer party game.

There looks to be tonnes of customisation options for your alpaca, and the ball is controlled via wild swings of your animals neck!

Alpaca Ball Allstars will feature multiplayer chaos for up to 8 players and a single-player campaign has also been promised with a Career Mode.

“We really like football as a game and wondered how the old established formula could be spiced up? We figured it would be extremely hard to expand the rules of a game that is hundreds of years old and loved by millions,” said Gregor Kirchhofer Produce at Salt Castle Studio. “But then we remembered that Alpacas make everything better, so here we are.”

There is no firm date for release, but the Steam page is live.

Likes to shoot stuff and wear pretty shoes. Is a BEAST at Titanfall.
MORE LIKE THIS
FootballPhysics based