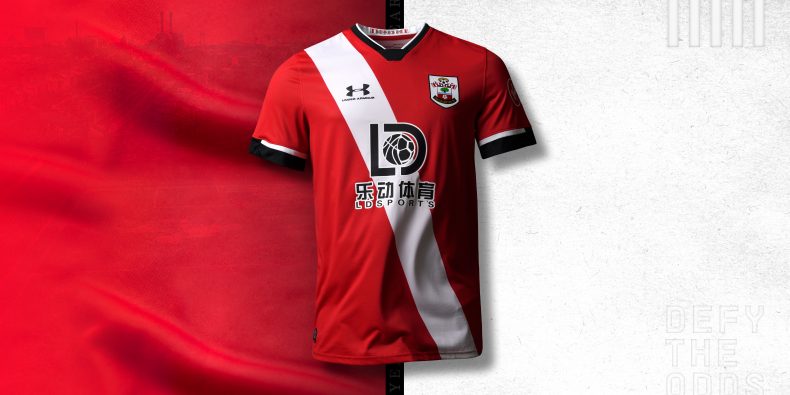 Football attire isn’t something we normally cover here at God is a Geek, but this new kit reveal is anything but normal. In an inspired marketing decision, the new Southampton FC kit was revealed via video game. The charming little runner game involves dodging obstacles through the club’s history, and collecting various items and kit pieces for a high score.

“In a kit launch like never seen before, Southampton FC has created a retro 8-bit pixel style game to encourage fans to play their way to the ultimate 2020/21 kit reveal.

The goal of the game, which was produced by ‘Tech Company of the Year’ UNIT9, is simple; dribble your way through history collecting as many points as possible by picking up various objects, avoiding obstacles and ‘defying the odds’ along the way. And like all the best games, those who make it to the top of the leader board are in with a chance of winning a number of different prizes including the ultimate football gaming pack featuring a PS4 or Xbox and FIFA 2020.

And that’s not all, the game bolsters a number of hidden Easter Eggs guaranteed to appeal to wider footballing fans, such as appearance from fan favourite Matt Le Tissier, Kevin Keegan and even the infamous Ali Dia, who supposedly tricked his way into playing for Southampton FC for a total of 53 mins back in 1996!”

The game really is very charming, and packed full of references that fans of The Saints will appreciate. You can play it here, and don’t forget to submit your score for the chance to win some gaming goodies. I’m seriously impressed with this unique way to show off a footie kit, and I guess now I’m Southampton til I die. Next time I’m playing Fifa, I’m taking them to the top of the league.