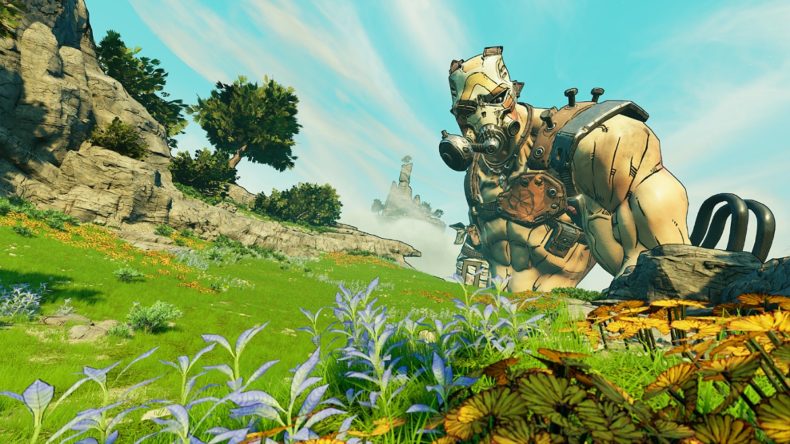 Today, 2K has officially announced that the fourth DLC campaign for Borderlands 3, ‘Psycho Krieg and the Fantastic Fustercluck’ is coming on September 10. In the new trailer below, you’ll be able to see exactly what the new camapign is all about. A brilliant scientist known as Patricia Tannis believes the psychos of the Borderlands have been driven insane by the knowledge of a mythical place known as “Vaulthalla,” and the key to uncovering the mysteries of it lie in the mind of Krieg, the most badass psycho of them all.

You’ll be sent into the mind of Krieg to search for clues, surviving whatever chaotic nightmares you find in the hopes that the rewards of Vaulthalla are waiting for you. Destroying his inner demons and avoiding the lunacy inside his mind. The DLC will include surreal side missions and Crew Challenges, new powerful legendary weapons, cosmetics, and gear that can be used outside of the DLC, and the return of fan-favourite Maya, who pops up in Krieg’s mind.

It sounds crazy and violent, but we wouldn’t want anything less. If you tune into the Bordercast today at 1pm PT/9pm BST, there’ll be an exclusive interview with Gearbox game director Maxime Babin. On September 10, the next level cap increase arrives (from 60 to 65), which will be free to all Borderlands 3 players. The ongoing Borderlands 3 Anniversary Celebration continues as well, with a new mini-event activated each week to celebrate one full year since the game released.

Video games are cool. Don't let anybody tell you any different.
MORE LIKE THIS
2kBorderlands 3