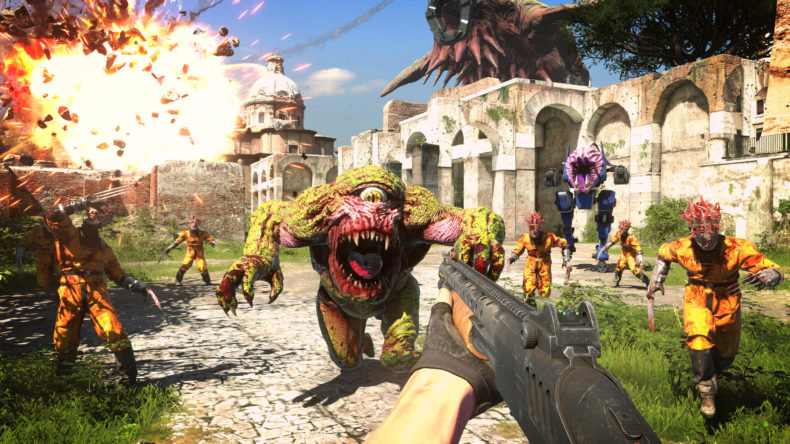 Croteam and Devolver Digital have revealed that the high-powered prequel Serious Sam 4 will be coming to Steam and Google Stadia on September 24. It was originally supposed to be coming in August, but this confirmation now means fans will have to wait a little bit longer. What’s more, pre-orders are now open on the game’s official site.

The official synopsis for the game is as follows:

Humanity is under siege as the full force of Mental’s hordes spreads across the world, ravaging what remains of a broken and beaten civilization. The last remaining resistance to the invasion is the Earth Defense Force led by Sam “Serious” Stone and his heavily-armed squad of misfit commandos.

Video games are cool. Don't let anybody tell you any different.
MORE LIKE THIS
CroteamDevolver Digitalserious sam 4