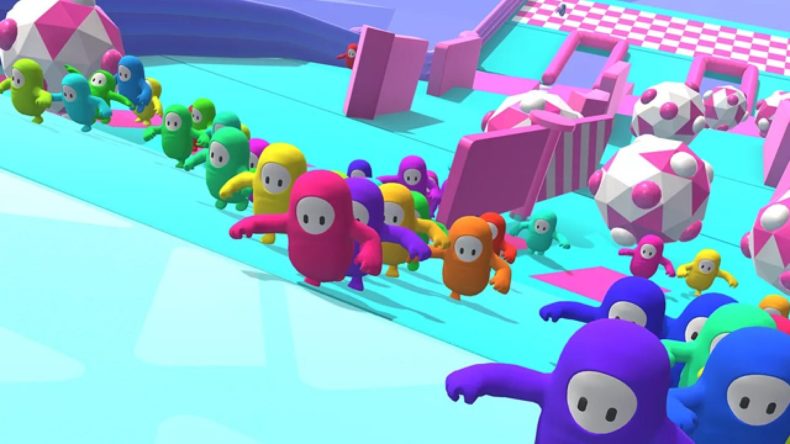 Developer Mediatonic and publisher Devolver Digital have released a short behind the scenes video delving into the creative process behind the highly anticipated Fall Guys.

The “Behind the Schemes” video is eleven minutes of behind the scenes activity featuring details around the original pitch, the classic game show inspirations like Takeshi’s Castle and It’s a Knockout, through to the character designs and why the key to perfect floppiness is a “partially networked ragdoll”.

Fall Guys: Ultimate Knockout is a twist on the Battle Royale format with up to sixty players competing over a variety of different courses to be crowned the winner. It looks about as much fun to make as the game looks fun to play.

Fall Guys: Ultimate Knockout has already made quite a splash during its beta testing with the official Twitter account tweeting that the game is in the top three best selling games on Steam currently.

And also number 3 top-selling on steam…

And we’re not even out until tomorrow

Fall Guys: Ultimate Knockout is releasing on 4 August, 2020 on PC via Steam and PlayStation 4 via the PS+ subscription.

Likes to shoot stuff and wear pretty shoes. Is a BEAST at Titanfall.
MORE LIKE THIS
Devolver DigitalFall GuysFall Guys: Ultimate KnockoutMediatonic