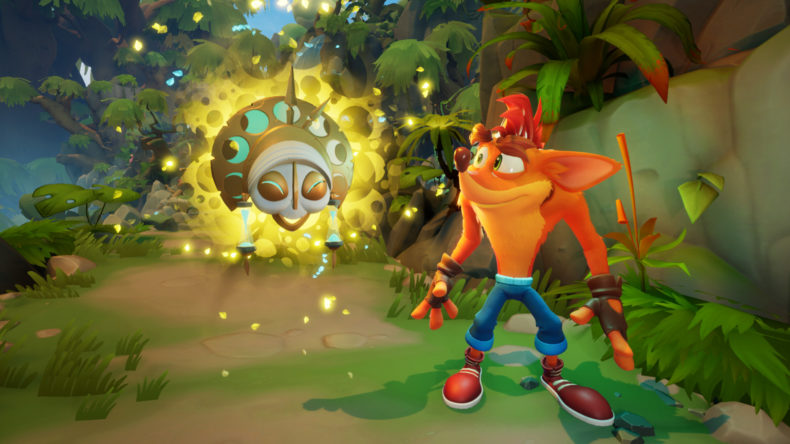 When Crash Bandicoot: N. Sane Trilogy released, it felt like a slap in the face. Was I really that bad at the original three Crash games, or had the developers made it ten times harder? I was useless at it, but after spending time with it, I started to come to terms with the difficulty spikes, until a new level forced me to die over and over again. I wouldn’t say I enjoyed playing the remakes because there were moments when going from checkpoint to checkpoint felt like I was climbing Mount Everest each time. I recently played the demo for Toys For Bob’s Crash Bandicoot 4: It’s About Time, and the formula hasn’t been shaken up much at all.

I still struggled, I still shouted at the damn bandicoot every time he fell down a hole or got covered in green gunk by a weird plant. Death is constant, obstacles are frequently punishing, and everything that can kill you, will. The demo consists of three levels: Snow Way Out, Dino Dash, and Ship Happens. Whilst much of the gameplay remains the same, there are a couple of new additions that help to mix up the gameplay and give you a slight edge when jumping over big drops and awkward terrain. 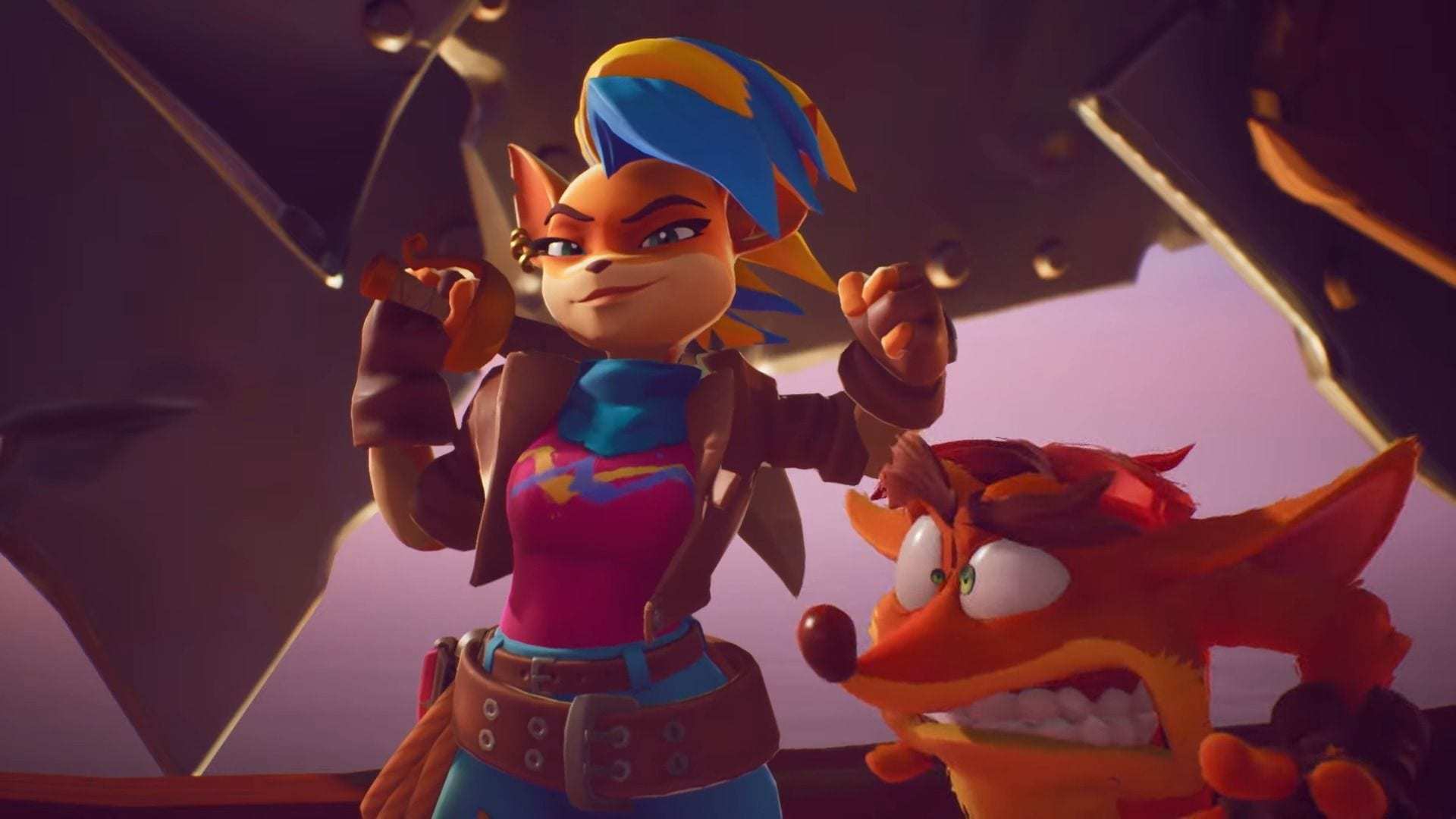 In Snow Way Out, I was able to equip a mask that allowed me to slow down time. This helped me through multiple sections, such as freezing platforms in mid-air so I could jump across them, enemies firing icicles at me, and boxes that disappeared if I didn’t hit them in time. There were moving platforms on flowing rivers I needed to jump over and other dangers where I couldn’t use this mechanic, meaning it isn’t always available when you may need it the most. The other main change is a circle appearing underneath you as you jump, giving you an indication of where you’ll land when jumping across various platforms.

Levels switch from the familiar layout of old Crash games, such as following the bandicoot towards the screen, and side-scrolling. In Dino Dash, instead of a boulder chasing you, you must evade a Tyrannosaurus Rex. It reminded me of the old games, except there seemed to be more obstacles in my way and therefore forcing me to think much faster than I ever have before. Crash Bandicoot 4: It’s About Time is very difficult at times, to the point where it is unfair. It feels that this isn’t really aimed at everyone, but maybe kids will find this easier than me due to my reflexes not being what they used to be.

Going back to the ability to equip masks in certain levels, Dino Dash also lets you wear one that makes boxes and obstacles disappear. There’s a section where you grind on a vine, and you must jump or duck under various rocks and plants. Using the mask let me jump over a rock whilst making a big plant disappear, and it also made boxes appear so that I could smash them for more apples. It was yet another tricky platforming puzzle that I struggled with, and when I got to a part that needed me to slide through tight gaps across moving rocks in lava, I pretty much lost my mind. 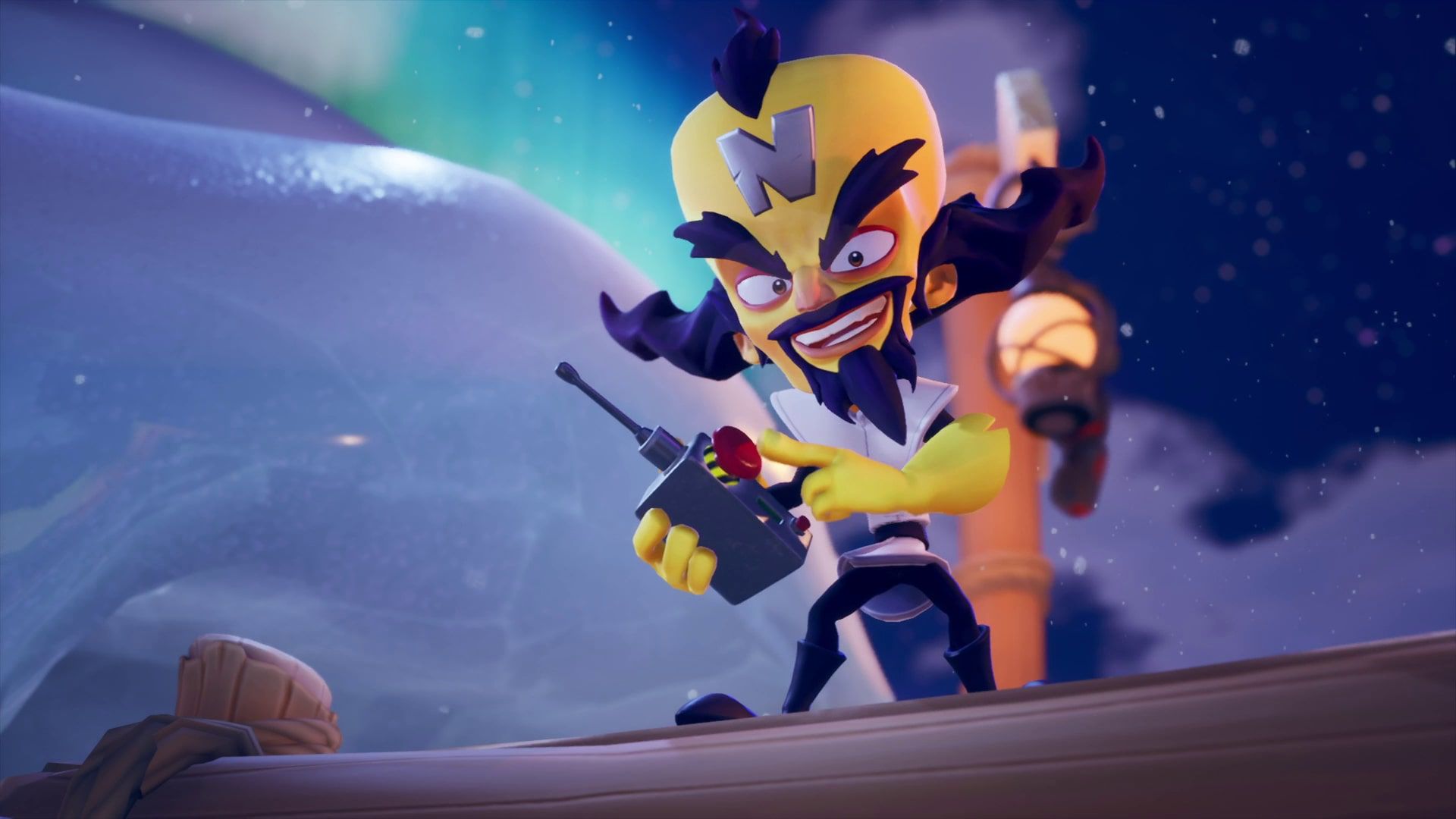 The final level in the Crash Bandicoot 4 demo was Ship Happens, which put me in the shoes of Neo Cortex. It was a nice break from dying a lot as Crash. Instead, I died a lot as the nefarious villain. The main difference was I could use his gun to turn animals into platforms, both stationary ones and ones I could bounce off. I found Cortex’s section quite enjoyable, but I still ended up falling in the freezing waters quite a lot. One cool moment arose when I stumbled upon Crash in a cutscene, and it blended in with a moment from Snow Way Out, showing that some levels take place at the same time, except you are seeing it from different perspectives.

When Crash Bandicoot 4: It’s About Time releases, I’m not sure how stable my mind will be after I play it. The amount of times I became angry whilst playing this demo became a blur, and it was always a huge relief when I finished a level. I can’t say I enjoyed it, and I’m not sure I ever will. However, it’s a well-made game that looks beautiful, with some great level design. It’s twitch platforming at its finest, but I will conquer it, you can be bloody well sure of that.

Features, Previews
crash bandicoot 4: it's about timedemoToys For Bob

Video games are cool. Don't let anybody tell you any different.
MORE LIKE THIS
crash bandicoot 4: it's about timedemoToys For Bob