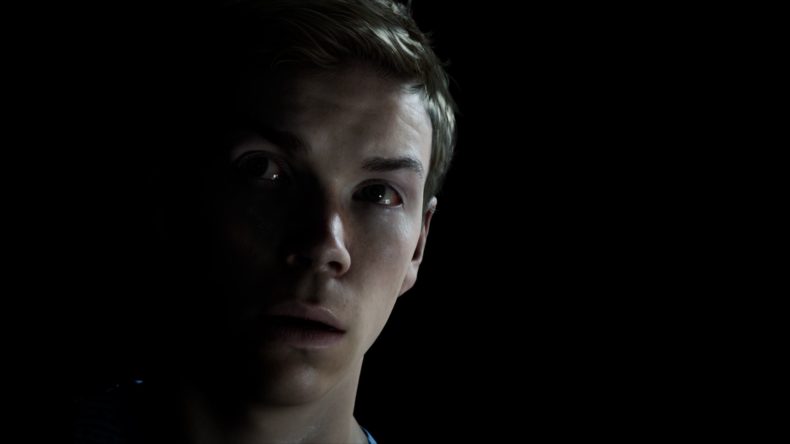 The premise of The Dark Pictures Anthology is a little different from most horror game series. They’re a series of stories with unique branching narratives, but they’re also self-contained with no bearing on each other. Indeed the purpose of the Anthology is something different entirely. “We always wanted to explore the idea of a horror anthology that was playable in multiplayer.” McDonald explains “We initially started with a prototype to prove that a multiplayer experience in a narrative adventure could work well, once we had completed this we went into full development of the titles.” He emphasises the importance within his games of “making sure that both players have a great story and that it makes total sense to both people playing.”

Having different tales to tell throughout the anthology enables the titles to be worked on simultaneously, “We have several Dark Pictures titles at various stages of development.” explains McDonald, likely explaining the short time between the release of Little Hope and its predecessor, Man of Medan. But it’s still clear each title takes a decent amount of time to pull together, “Little Hope itself has been in development for over two years now.” It’s likely therefore that the next game in the Anthology is well in development, and maybe even the fourth too. 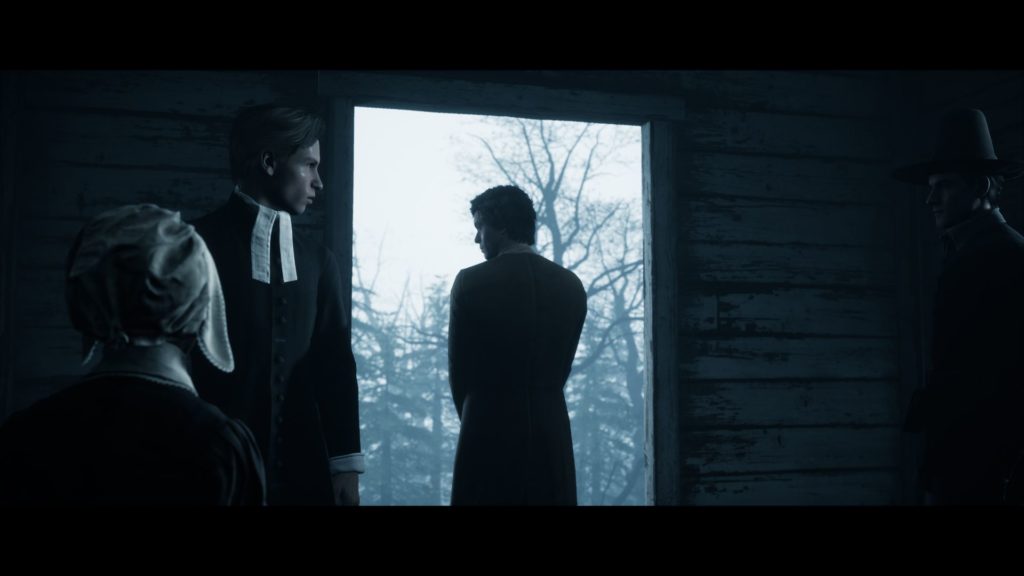 One of the key characteristics of The Dark Pictures Anthology games is their branching storylines. And it’s of the utmost importance that these pay off. McDonald admits the hardest part is “trying to ensure every player has a satisfying story.” And that’s an interesting point, given the focus of most games just focus on telling one fulfilling overarching story. But it does add complications “It’s worth remembering that all The Dark Pictures games are built with replayability in mind. We’re creating some very branching games and we want players to have a great experience whatever decision they make.” says McDonald.

Those complications must make it tricky to get a handle on the story and prevent it from unraveling or feeling disjointed. McDonald agrees and admits “We use a piece of software we developed internally to help us track all this.” He then teases “There are multiple paths in the game and multiple endings but the changes are not always apparent immediately. For instance, a choice early on in Little Hope only reveals its true impact much later on in the game and also that change can vary quite significantly depending on the choice you make early on. How they differ will only materialise if you play the game again and make a different choice.”

Regarding those decisions, Supermassive Games often don’t give you a lot of time to consider your options, either back in Until Dawn or in its The Dark Pictures Anthology. This works well to create tension, but it’s clear making the wrong quick decision can have pretty dire consequences. McDonald explains “We always want players to think deeply (although quickly!) about the decisions they make. There are certainly some critical – and indeed, life or death – decisions you need to make in Little Hope. There are definitely real moral dilemmas and often the choices are not black and white, good or bad.” 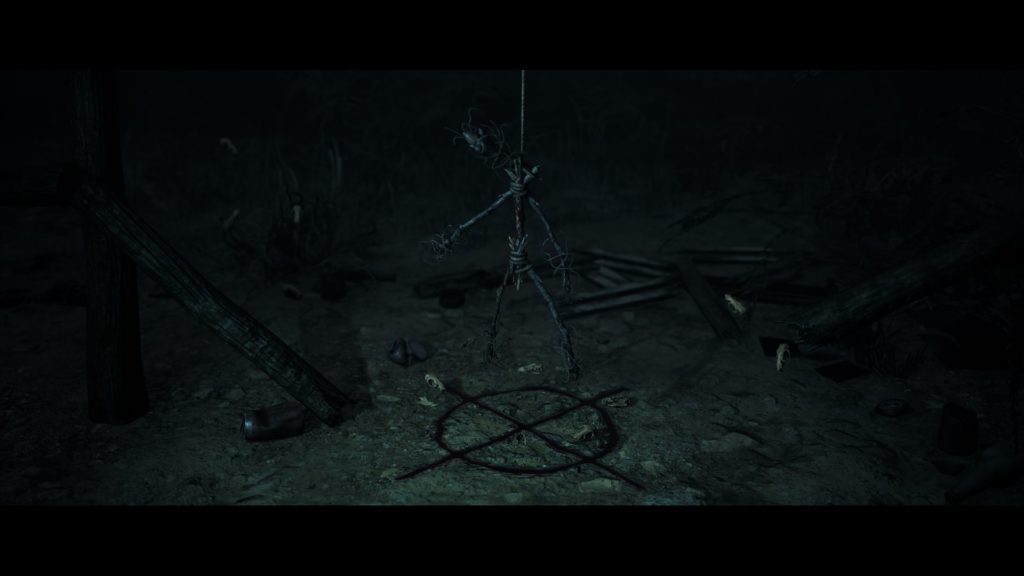 From my experience in previous titles, this certainly has felt true. Often the decision that feels “right”, the selfless or courteous one, doesn’t always lead to the desired outcome. Sometimes nice guys do indeed finish last, or dead. McDonald stresses “All our stories are generally about human emotions under unimaginable stress and terror and there are certainly some emotional and difficult choices to contend with in Little Hope.”

Having played a small part of Little Hope already, it’s clear that it feels a little different to Man of Medan. “Little Hope does have a more open setting.” McDonald points out, “However, we hope players enjoy the difference and get a real sense of the place by exploring the town of Little Hope.” This freedom of setting did provide more flexibility for the development team though, particularly when it came to the camera. In Little Hope, a player-controlled camera is used for most parts of the game. McDonald feels this “adds another dimension to the gameplay when exploring the environment and buildings. However, we do still use fixed cameras in some scenes. They allow us to really set up and control a very cinematic scene and this is certainly very important when delivering horror.”

Another way Little Hope feels like a step away from what has gone before is its cast. Gone are the youthful cast of the previous games and replaced with a more diverse lineup. McDonald explains that the focus isn’t simply changing the cast for the sake of it, but being more considered, “We always cast based on the story we want to tell and we’re really pleased with the cast on all of our games in the Anthology so far. The actors on Little Hope had an especially challenging task as they had to play different characters across different time periods.” This different time periods aspect was certainly hinted at during the demo we played, and clearly plays a central role in the story of Little Hope.

In terms of acting talent, McDonald was quick to praise the lead character, “we were delighted to get Will Poulter on board. In Little Hope he plays three different characters across different time periods and with completely different accents. He has the breadth and depth of talent to bring the American and rural (Northern) English accents needed for his role. Apparently, his father is from the north of England, which explains how good he is at that accent. His American accent is excellent too and really helps bring his characters to life.” Will Poulter is the big name of Little Hope following on from the likes of Shawn Ashmore in Man of Medan and Rami Malek in Until Dawn. 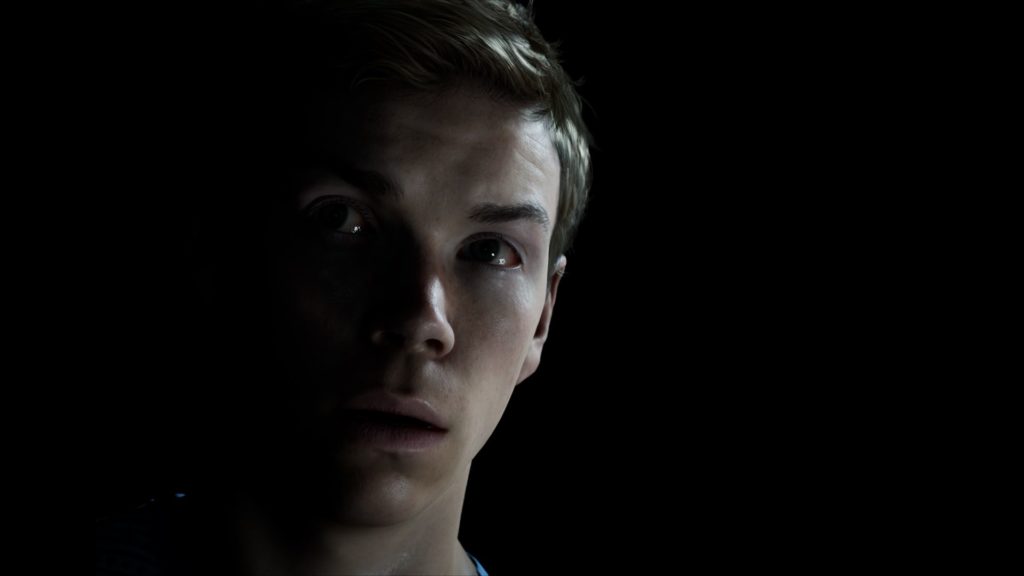 Bringing to life a story across different time periods also provided the team with other considerations too. “We always take a lot of care around authenticity, whether it’s recording footage on an old military ship to get that authentic creaking ship noise or hiring a costume designer from the film world to accurately portray clothing worn in the 1700’s.” McDonald commented, adding “we’ll always go that extra mile to make sure that whatever era we are depicting (In Little Hope there are elements of the 1970’s, 1700’s and present day) that is highly accurate to that period.”

The horror genre has a rich history, full of inspiration, and McDonald made no secret of some famous horror movies which have inspired them in Little Hope. “The Crucible is one. Then there are films like It Follows and The Witch. You could even see some elements of Hellraiser in Little Hope.” But it’s clear games have been an inspiration too, “ there are titles like Silent Hill. We love to subvert different horror genres and mix them together.” admitted McDonald, before adding “All of the games in The Dark Pictures Anthology have some basis of fact, fiction or legend within the real-world. Little Hope takes elements from the Andover Witch Trials of 1692. Andover actually had more accusations, confessions and ultimately executions than any other town in New Hampshire, including Salem.”

It’s clear a lot of effort has gone into Little Hope, so we end by discussing what McDonald hopes people take from their experience of Little Hope. “[I want them to feel] scared, satisfied and ready to play through again. If the player gets scared and then is satisfied with the story payoff we hope they will want to play again to make different choices and see different outcomes. There’s a social side too, which we hope people will feel when they play. It’s why people like to watch scary movies as a group, and why we developed both the Shared Story and Movie Night modes for all the games in the Dark Pictures Anthology.”

You can enjoy The Dark Pictures Anthology: Little Hope either alone or with friends when it launches on PC, PS4, and Xbox One on October 30, 2020.

“Seeing that hard work pay off feels great, but we’re not taking our foot off the gas”: Interview with Shaun West, Producer at HB Studios