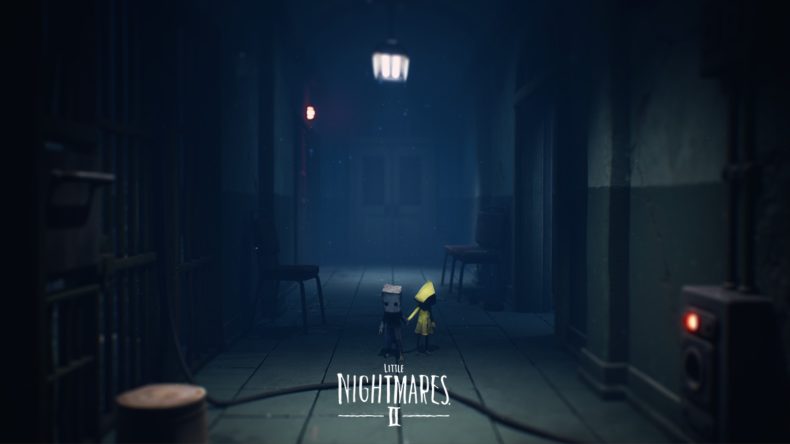 Little Nightmares was a wonderfully creepy puzzle game that sees a young girl escaping the nightmares of The Maw, filled with some stunningly macabre environments and smart ideas. After playing around two hours of Little Nightmares II, it is not only terrifying, but equally as clever. For the entirety of the preview, I played as Mono, a young boy with a brown paper bag over his head. Nothing is really known about him so far, but he works alongside Six to uncover the mysteries of an abandoned mental hospital.

It’s the perfect setting for a horror game, and whilst there will be more places players will likely visit when the game comes out next year, I’m already excited thanks to how well Tarsier Studios have nailed the atmosphere. Mannequin parts are everywhere, as well as messed-up dummies sat in wheelchairs and laid upon makeshift hospital beds from the start. The grim setting is the perfect backdrop for what danger awaits you, always feeling as though you are being watched by something much bigger than you could ever anticipate. 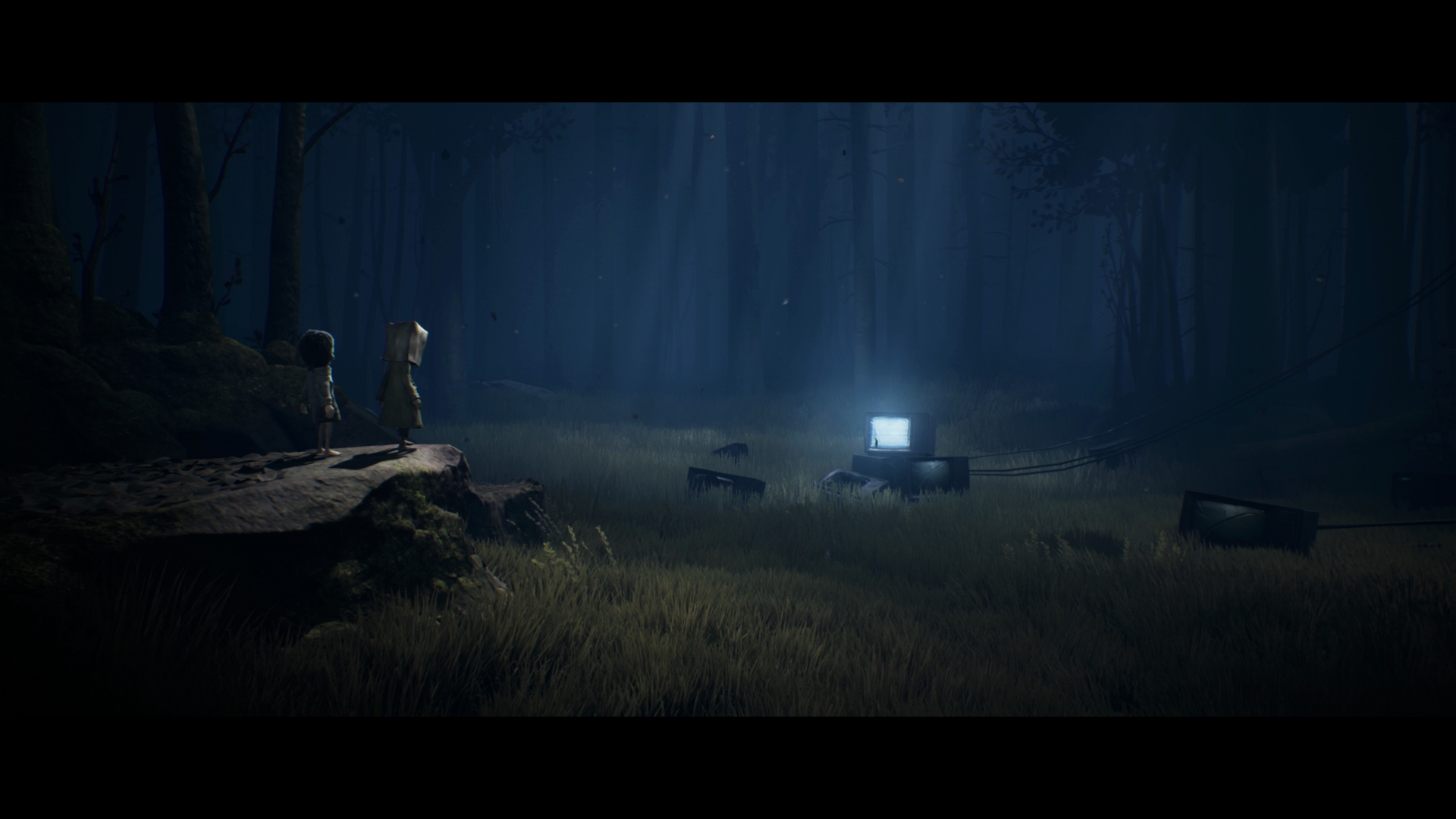 As far as enemies I encountered, there wasn’t a lot to see, however, the things I did lay my eyes on were horrific. Hands crawled across the floor ready to attack me like the facehuggers from Alien, and mannequins chased me through the darkened hospital wings. What made these moments tense and terrifying was the fact that if you shine your light on them, they stop moving. They reminded me of the Weeping Angels from Doctor Who; I would turn my back for a second, and as soon as I looked back they were stood right next to me. One section had me running down a corridor as artificial arms burst through the doors and tried to grab me, and another had me evading multiple mannequins as a tense game of cat and mouse ensued.

The main goal was to find two batteries or fuses to power an elevator, and to find them I had to explore disturbing shower rooms and padded cells, a room with an electric chair in it, and various places filled with a whole manner of human appendages and blood-soaked floors. Whilst Little Nightmares II isn’t a full-on horror game, it does more than enough of making sure you feel unsettled for every second you play. 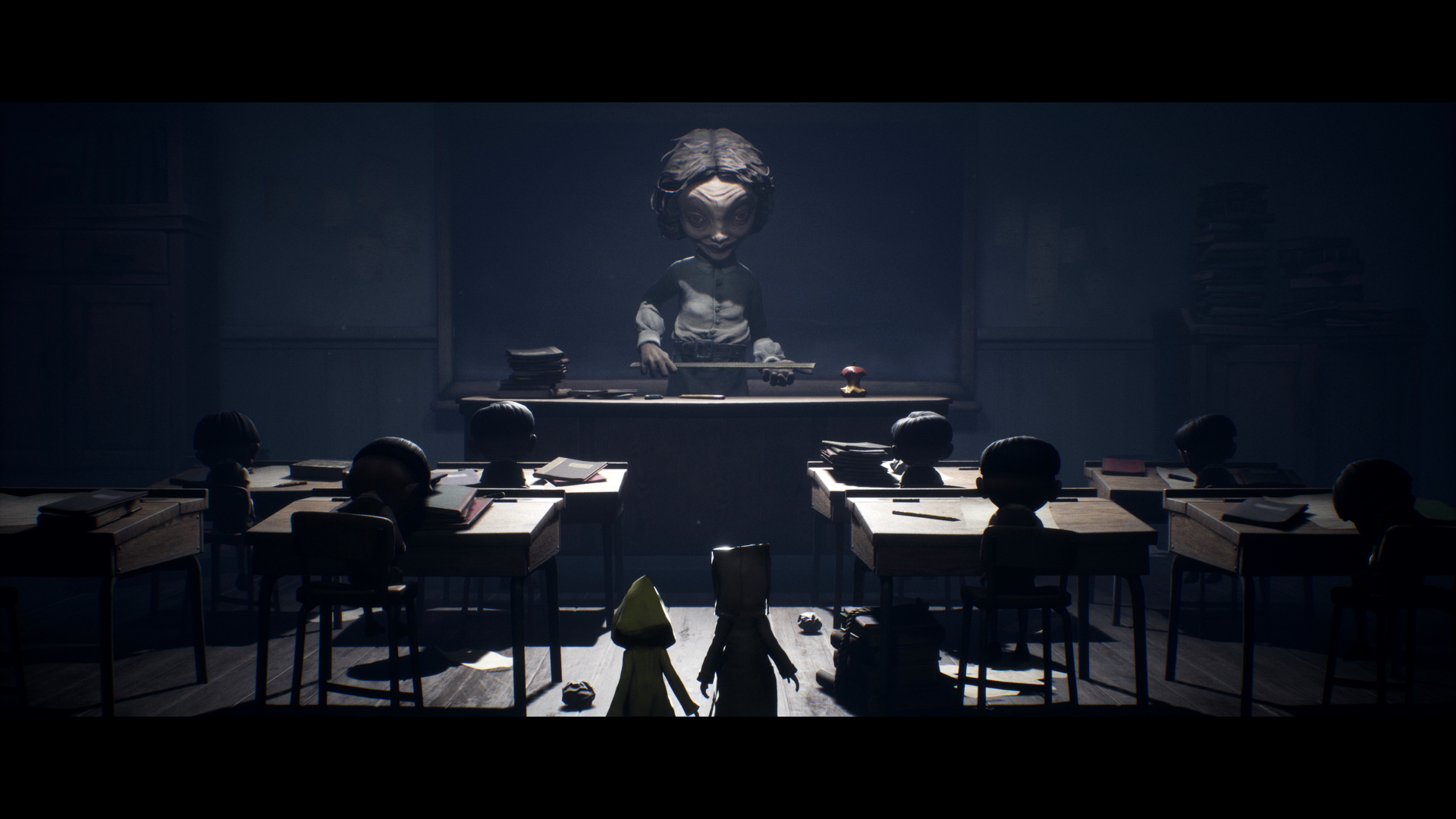 The controls are relatively simple. You can grab items or levers, use your flashlight to observe the darkened corners of the hospital, and jump and duck over various obstacles. Six is also on hand to help you climb up to unreachable areas, and grab items you may need for your objective. You can call her over to get her help, but I often found she would help automatically. Some of the puzzles took a while to do, but it was more down to me not working it out. For example, I spent ages in a room with a wheelchair in its centre. I needed to move the chair to a nearby door so I could climb through a broken window towards the top of it.

I tried throwing soap at the door, jumping off a nearby sink, and many other things. Nothing worked and I began to get annoyed, but the solution was staring me in the face. The body in the wheelchair was a mannequin, so maybe I should turn the light off and let it climb out, making the wheelchair lighter. I did just that, and although it made me jump out my skin, it worked and I was able to finally move the wheelchair up against the door.

I cannot wait to play more of Little Nightmares II. As scary as it is, there is a real beauty to the visuals. Hazy rooms with plenty of morbid detail, and some fantastic character design that made it a pleasure to look at. Puzzles require plenty of attention, and whilst they were hard, the answer is usually right in front of you. As the preview came to a close, the bigger picture was revealed as I witnessed something that genuinely left me shocked. I won’t spoil it for you here, but if you loved the first one, this improves on almost every aspect. Roll on February.

Video games are cool. Don't let anybody tell you any different.
MORE LIKE THIS
Bandai NamcoLittle Nightmares IITarsier Studios