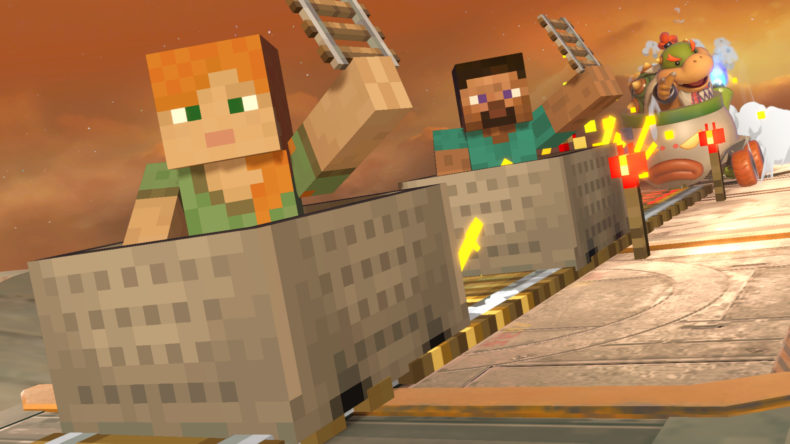 On October 3 at 15:30 BST, Director Mashahiro Sakurai will be revealing plenty more details about Steve and Alex, including a release date. Both characters will be available to anyone who has already purchased the Super Smash Bros. Ultimate Fighters Pass Vol. 2, which already includes Min Min from ARMS, as well as four unannounced Challenge Packs. You can also buy Challenger Pack 7 separately for £5.39 on the Nintendo eShop..

Tune in this Saturday and check out the Nintendo UK YouTube channel, where the broadcast will be live-streamed.

You can watch the reveal trailer below:

Video games are cool. Don't let anybody tell you any different.
MORE LIKE THIS
Minecraftsuper smash bros. ultimate