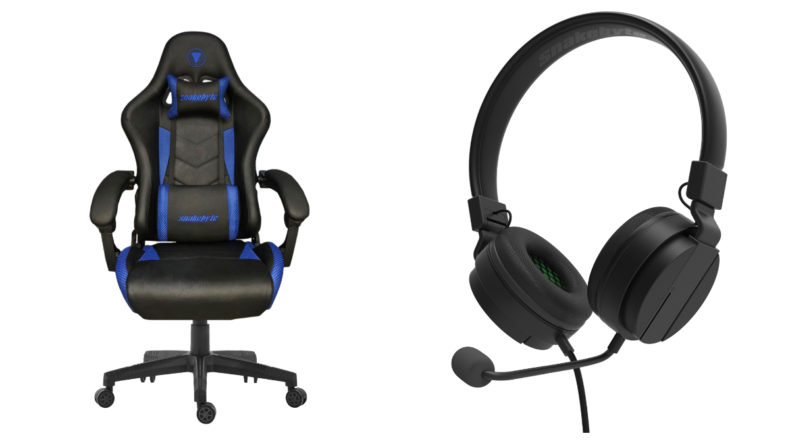 Today, snakebyte has announced loads of accessories for next-gen consoles, including gaming chairs, charging stations, cables, and headsets. They have also announced new peripherals for the Nintendo Switch.

For the Xbox Series X, snakebyte has announced various charging stations and battery kits, such as the TWIN: CHARGE SXTM (£29.99) that offers a double charging cradle, and the BATTERY KIT: SXTM (£19.99) that can be charged simultaneously with a USB-C Y cable. There is also a foldable HEAD: SET XTM (£17.99) with fantastic sound quality, a removable microphone with pop protection, and an elegant design with green accents on its black design. The PlayStation 5 peripherals are similar to the Xbox Series X, but there is a GAMES: TOWER 5TM (19.99) that stores four controllers at the same time and 10 games.

The Nintendo Switch hasn’t been forgotten about either. The DUAL CHARGE: BASE STM (£24.99) is a compact station that charges both a Pro Controller and two additional Joy-Cons wirelessly. It also offers space for the docking station, which receives its power via USB. The ARROW: CHARGE STM (17.99) is a smaller and more compact charging station which can charge a Pro Controller and four Joy-Cons simultaneously. Finally, the RING: KIT STM (£19.99) contains two grey padded handles and a black adjustable leg strap.

Video games are cool. Don't let anybody tell you any different.
MORE LIKE THIS
Gaming ChairheadsetperipheralSnakebyte