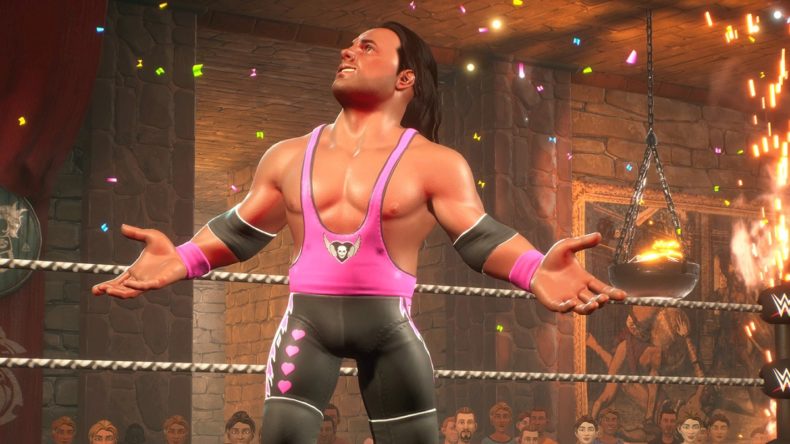 The current roster for WWE 2K Battlegrounds is insane. The content drops 2K are putting out bring even more of your favourite WWE Superstars from past and present into the fray, making sure no-one has been left out. With the WWE 2K Battlegrounds third wave, some of the greatest to ever step foot in the ring have been selected, including Razor Ramon, Sting, and “The Nature Boy” Ric Flair. I feel as though I’m on cloud nine playing 2K Battlegrounds now. Not only are there tons of new additions to the roster, there is also a wide selection of outfits to select from, and new Battleground arenas to help you create some unique places to fight in.

The third wave is a nice mix of WWE legends and current performers. One of the greatest additions are the Street Profits, Angelo Dawkins and Montez Ford. These two perfectly compliment each other as a tag team, with Ford being a highflying target man, and Dawkins not only bringing the smoke, but the power as well. Fandango has been doing a stunning job in NXT as part of a tag team with Tyler Breeze, so it’s great we finally get to lace his boots, too. 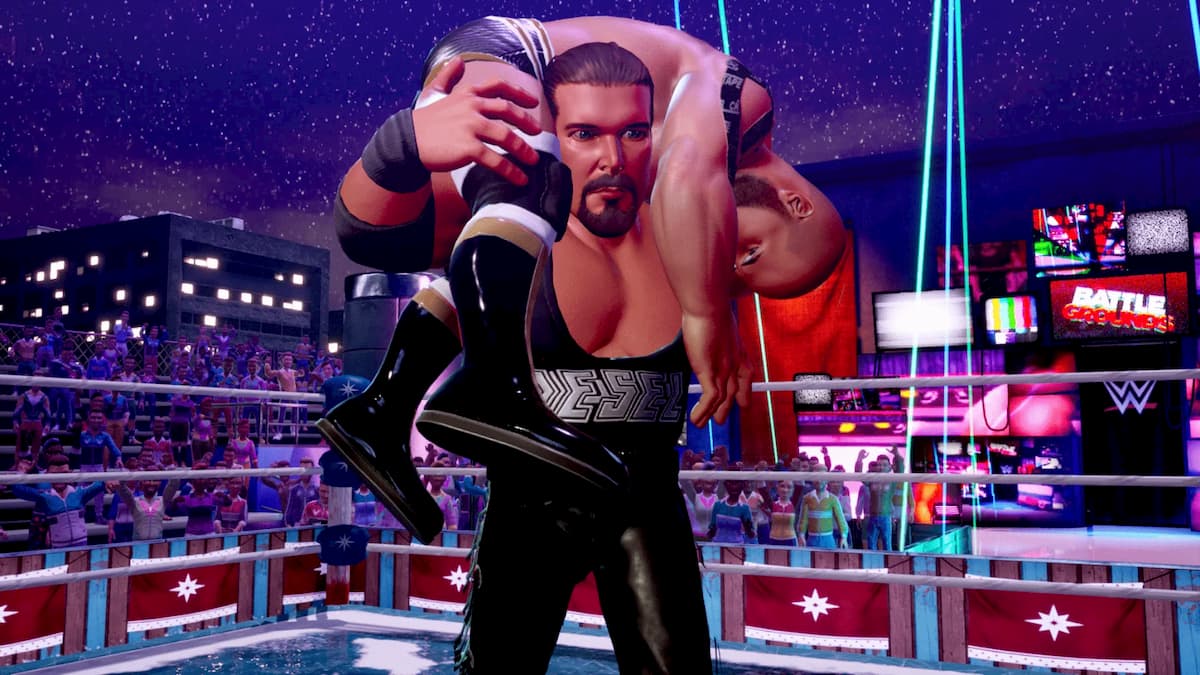 Chad Gable is a future star, but he’s already cemented himself as a great in-ring performer. WWE just needs to realise his full potential and stop using his size as a gimmick because it doesn’t do him any favours. Seamus has had a bit of a resurgence on Smackdown over the last year, and I’m so glad we can now play as him, especially as he has the mohawk as an outfit option. The last main roster addition is Sami Zayn. As El Generico, Zayn flew across the indie circuit and made himself famous thanks to his matches with Kevin Owens. In WWE, I still believe there are great things to come for him, but in terms of his involvement in WWE 2K Battlegrounds, he’s a lot of fun to play as.

As for icons of the business, they don’t come any bigger than Ric Flair. The 16-time world champion is still on RAW now, showing how much his influence has been on the business. The stylin’, profilin’, limousine riding, jet flying, kiss-stealing, wheelin’ and dealin’ son of a gun comes with red or light blue trunks, and he’s every bit as good in the game. Bret Hart is also considered by many to be the best there is, and his pink and black gear or Canadian hockey outfit looks great on him. Locking in the Sharpshooter is as satisfying as it is to watch, and he fits right in to the roster.

The Outsiders Scott Hall and Razor Ramon led WCW to dominate professional wrestling in the latter half of the 90s, thanks to the nWo. However, before they did, they were huge players on the World Wrestling Federation scene. As Razor Ramon, Hall was one of the coolest, and his ladder match with Shawn Michaels at WrestleMania X is the best match I’ve ever watched. As for Diesel, he was a big guy that could wrestle, which is something a lot of giants can’t do. Big Daddy Cool became WWE Champion, and it was such an awesome thing to see because he worked damn hard for it. 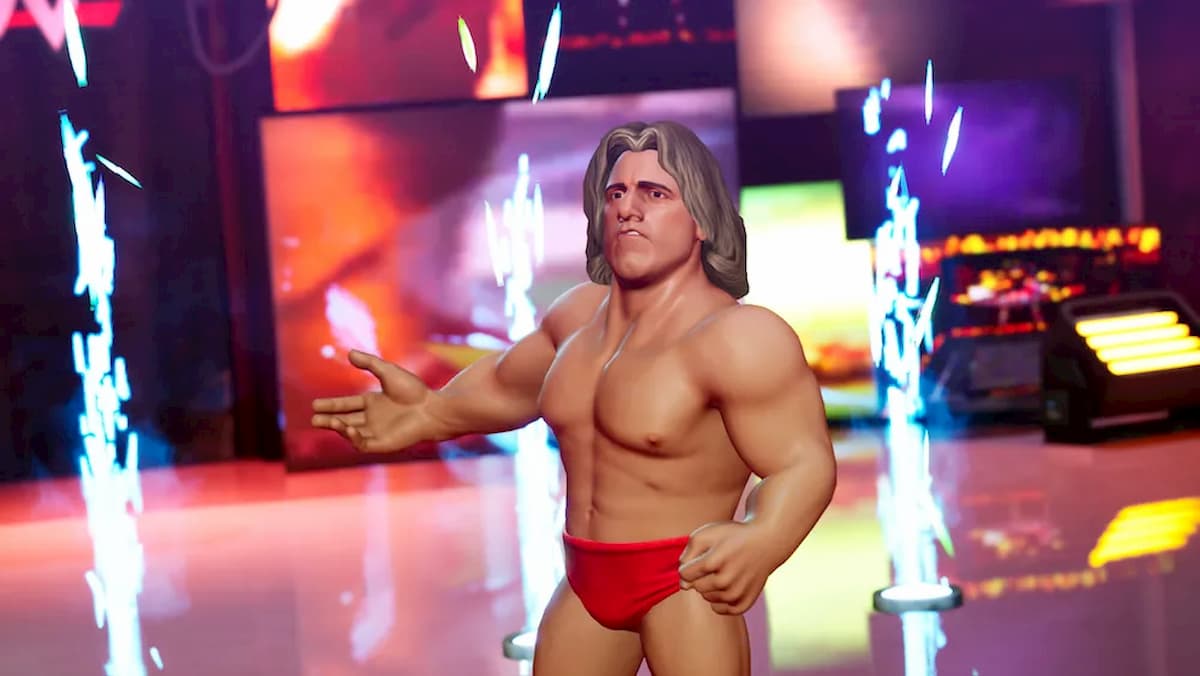 Sting was the ultimate badass anti-hero during his late WCW phase. He looked a lot like Brandon Lee’s The Crow, and carried a black baseball bat with him wherever he went. He was a talented performer, an even better character, and being able to play as him in WWE 2K Battlegrounds is something I didn’t see coming. Rowdy Roddy Piper was another icon (I know, there are a lot of these in the third wave). He was a master on the mic, and a pivotal figure in WWE during the early 90s and late 80s. He comes with his blue trunks, but you can also unlock his kilt and white t-shirt as well.

The final Superstars to talk about in the third wave are Rezar and Akam aka the Authors of Pain. These two guys were an unstoppable force in NXT, and even though their call-up didn’t see them head in the right direction before being let go, they had so much potential. Being able to right the wrongs done by Vince McMahon in regards to their career in WWE 2K Battlegrounds feels like the right thing. I’ve played as them quite a lot, and I’d have to say they’re on a par with The Usos as my favourite tag team to play as.

I honestly can’t think of many WWE Superstars I’d want in WWE 2K Battlegrounds now. I hope we get to see some NXT guys join the game, such as Johnny Gargano and Karrion Kross, or main roster guys like Keith Lee and Matt Riddle. 2K Sports has managed to make this something so much bigger than I’d expected, and I’ll keep on playing, creating, and taking advantage of the sheer size of the roster.

Video games are cool. Don't let anybody tell you any different.
MORE LIKE THIS
2k2k sportswwewwe 2k battlegrounds