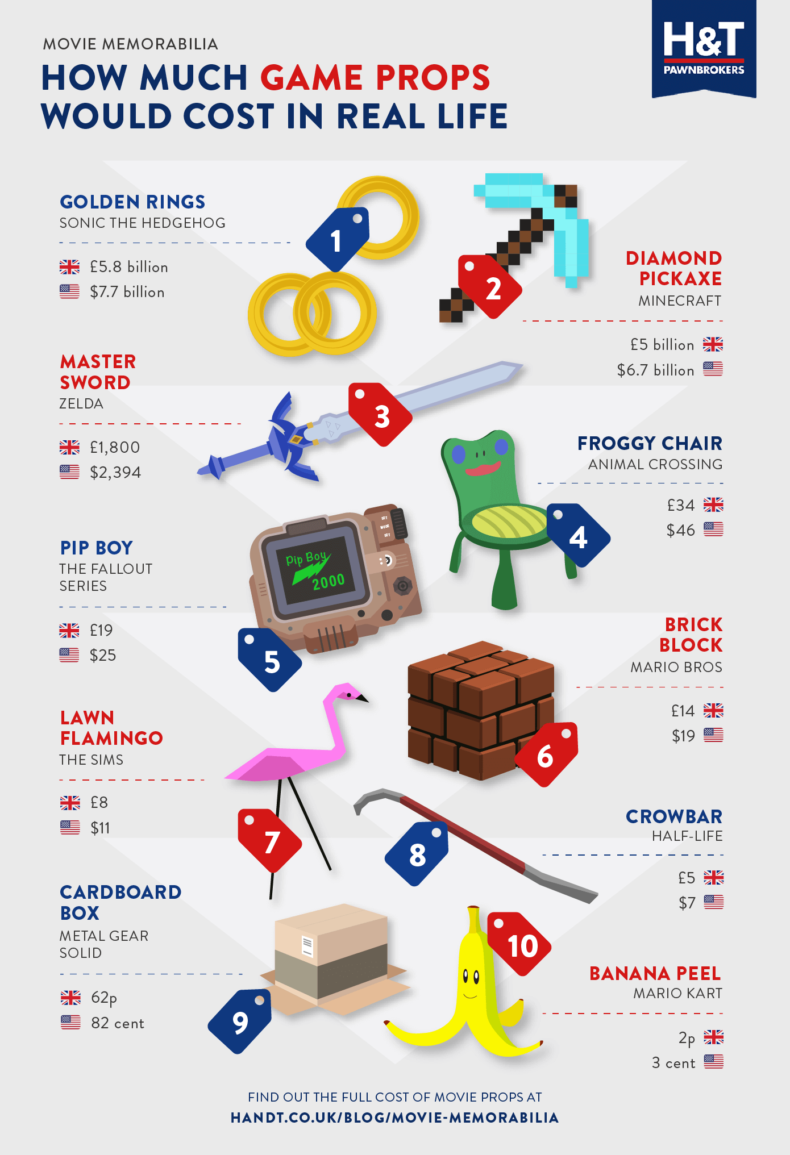 The expert evaluators at H&T Pawnbrokers have been pricing up how much famous video game items would cost in real life. In this awesome study, H&T reveal the Master Sword’s price alongside a whole host of classic gaming weapons and items.

At the lower end of the list are some of the most iconic gaming items of all time. A cardboard box similar to those in Metal Gear Solid would cost just 62p whilst a Mario Kart style banana peel would be just 2p!”

I wasn’t aware that Sonic was carrying such a beefy amount of metal on him while running loop the loops, and I’ve gotta say I’m all the more impressed at his speed now. As well as covering video game items, H&T also evaluated the famous movie (and Xmas movie) props too. If you want to know how much a Golden Snitch would set you back, head on over to the article now. 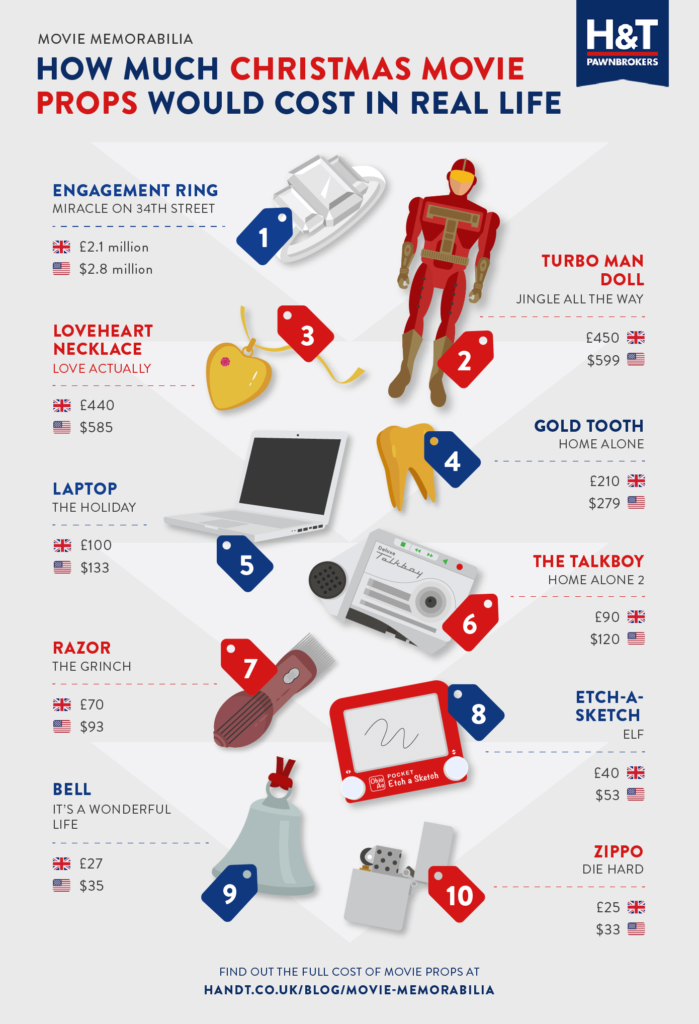