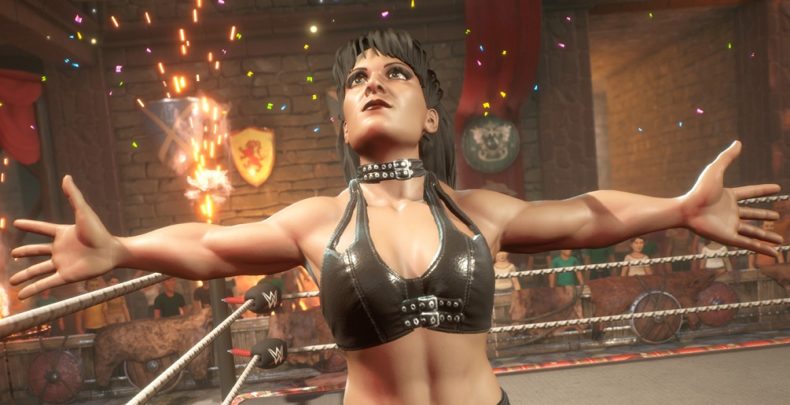 2K has today announced the Superstars who’ll be headlining the fourth WWE 2K Battlegrounds roster update, including Chyna, Mark Henry, and Christian. Dana Brooke, Otis, and Tyler Breeze are the three current WWE Superstars set to join the roster as well. There’s also a new arena on its way, as the Hell in a Cell arena becomes the latest to be selected as a Battleground. The new update starts on January 27, and will feature Chyna and Mark Henry as purchasable wrestlers, with Tyler Breeze being selected without charge. You’ll also be able to unlock the Hell in a Cell arena here, too. On February 3, Christian and Otis will be unlockable, with Dana Brooke being free for everyone.

Also, with it being Royal Rumble season, WWE 2K Battlegrounds will be celebrating the momentous event. If players tune into the broadcast on January 31, you’ll see a bonus locker code that can be redeemed for 500 Golden Bucks. Players can then purchase in-game content including the new Royal Rumble Pack featuring The Rock, Becky Lynch, and Stone Cold Steve Austin. The locker code is redeemable until February 14, 2021.

Video games are cool. Don't let anybody tell you any different.
MORE LIKE THIS
wwe 2k battlegrounds