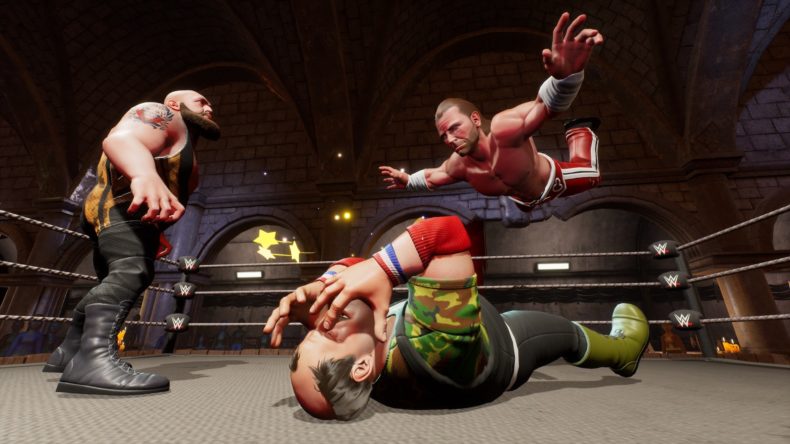 Switch reviews cover the Nintendo Switch version of a game. WWE 2K Battlegrounds was released on PC, PlayStation 4, and Xbox One on September 18, 2020, and scored 7/10.

I’ve been a WWE fan almost my whole life. Watching “Ravishing” Rick Rude vs The Ultimate Warrior at SummerSlam 89 was the match that set me off on a lifelong obsession with the sport. Yeah, the storylines aren’t real, but the athletes on show have always fascinated me from a young age. I’ve watched thousands of hours of WWE programming over the last three decades. There have been ups and downs, and I have fallen out with it from time to time, but there’s no denying that Vince McMahon’s billion dollar empire is a global success. It’s a shame that the company has struggled over recent years, and when 2K’s signature wrestling series put out the dreadful WWE 2K20, it looked like things were going from bad to worse.

WWE 2K Battlegrounds is a decent arcade brawler, and I enjoyed playing it on PS4. It won’t be everyone’s cup of tea, but it offers a stripped back fighter where skill and simulation is thrown out the window in favour of over-the-top frantic action. The Switch version plays very similar to the other versions when in docked. Of course, the quality isn’t quite there, but it manages to capture the same explosive action of its more powerful counterparts. Handheld is a little different, however. During the Campaign mode, it can be difficult to read some of the text in the comic book cutscenes. It wasn’t as bad in docked, but some of the coloured text on white backgrounds was a struggle to take in. Also, when you get stuck into the action in handheld, the performance is quite poor. 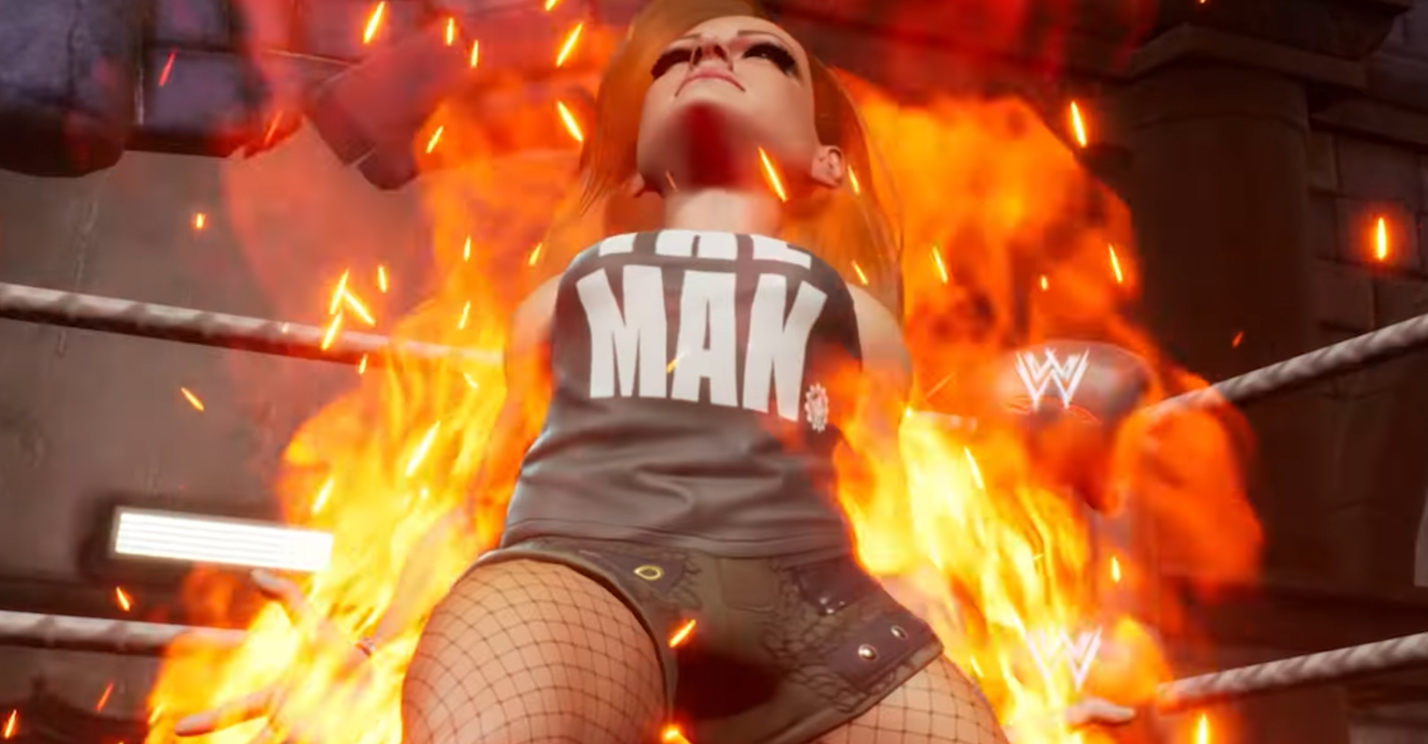 Everything on screen isn’t as sharp as on a TV screen, and there’s a considerable drop in graphical fidelity. This is much worse when there’s a lot going on i.e. in a Royal Rumble or Cage Match. On top of that, I noticed the occasional dip in framerate, especially when I headed online to take part in King of the Battleground. For one of the best modes in WWE 2K Battlegrounds, it’s a real downer when you can’t enjoy it fully when its in the palm of your hands. I hope there’s something 2K and Saber Interactive can do something to address this as it hinders the enjoyment of a relatively fun fighter.

With the outcry of having to spend Battle Bucks to unlock almost all of the roster, it makes sense to play this in docked. I don’t really have an issue with using in-game currency to buy new Superstars and cosmetics, but when you’re faced with both bad performance and a paywall, few will be buying the Switch version to get the most out of Saber Interactive’s wrestler. Hopefully these issues can be resolved, but they should never have been there in the first place.

All in all, WWE 2K Battlegrounds on the Nintendo Switch is OK. The loss of quality in handheld is a problem, but if you’re only wanting to play in docked, it performs well enough. It has all the same modes, but if you are wanting a full roster you are going to have to work hard for them. If you want to pick this up, I would recommend getting it on any of the other platform because it does a much better job on them.

Same game as on PC< PS4, and Xbox One

WWE 2K Battlegrounds on Switch is pretty much the same game, but it suffers from a significant drop in quality when in handheld. It's a shame when there's already a paywall in place to unlock Superstars, and having these technical issues hinder the enjoyment of the opportunity to play it on the go.