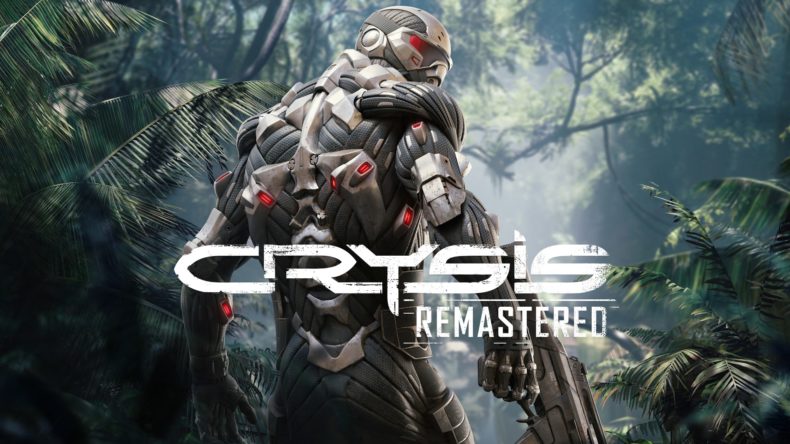 Back when I had my first gaming PC, the question everyone used as a benchmark for your system was “Can it run Crysis?”. It was such an enduring strength test that the question has since become a meme, but once upon a time Crysis really was the game to push anyone’s rig. Fast forward to 2020, and the same game now runs on the Nintendo Switch, a handheld device with a screen smaller than a PC’s motherboard.

That being said, this is not a review of the Switch version, but rather a look at the PC iteration of Crysis Remastered – a game that, ironically, still struggles to run on many modern gaming rigs. Sadly, it’s not that funny anymore.

In fairness, a massive amount of work has been done to remaster the visuals here, and for the most part it looks amazing if you don’t peer too closely at the textures. The tropical island of Lingshan has been given more than just a lick of paint, and what blew minds 13 years ago does so again now in certain specific places. When you catch the sunlight rippling through swaying trees, for example, or stop on a clifftop vantage point to admire the view of the lapping ocean. 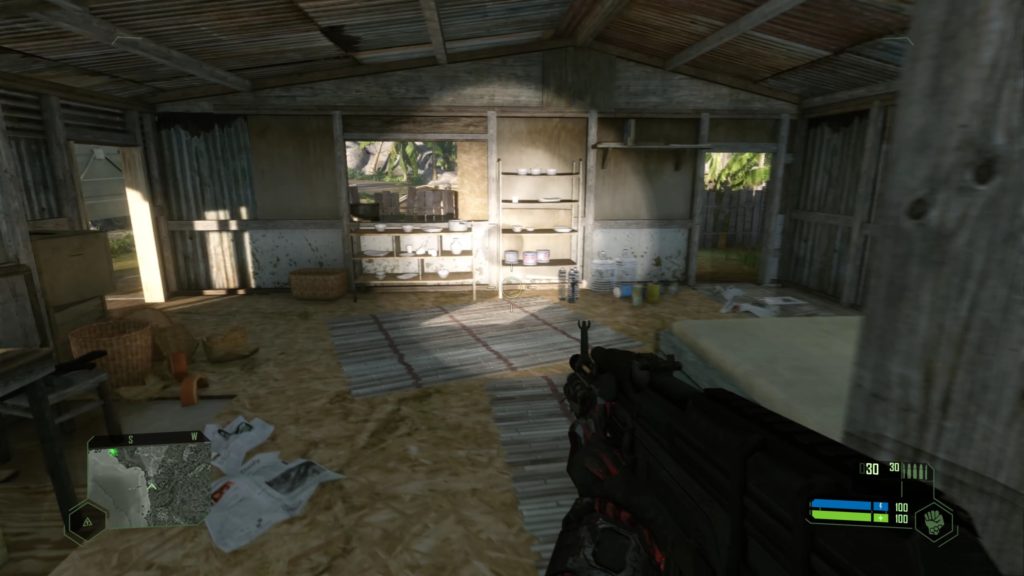 Character models are less impressive now, as are the weird corpse physics, but it doesn’t matter a great deal. There are so many little touches, like how your character stoops to collect fallen weapons instead of just running through them, for example. Explosions are satisfying, and bullets tearing the foliage to ribbons or punching clouds of dust and debris from the wall you’re taking cover behind add to the impressive atmosphere.

You play special forces operative Nomad, part of an elite team of super soldiers who use state-of-the-art Nanosuits to give them the edge in combat. With built-in armour, cloaking, and enhanced speed and strength, the Nanosuit renders Nomad the ideal candidate to take on the alien forces attempting to invade the Earth.

Crysis’ story is pretty cool, sending you all over the sandbox of Lingshan, facing off against Korean soldiers and alien terrors. There’s an element of sci-fi horror to some of it, and constantly updating objectives give the campaign a needed sense of urgency. 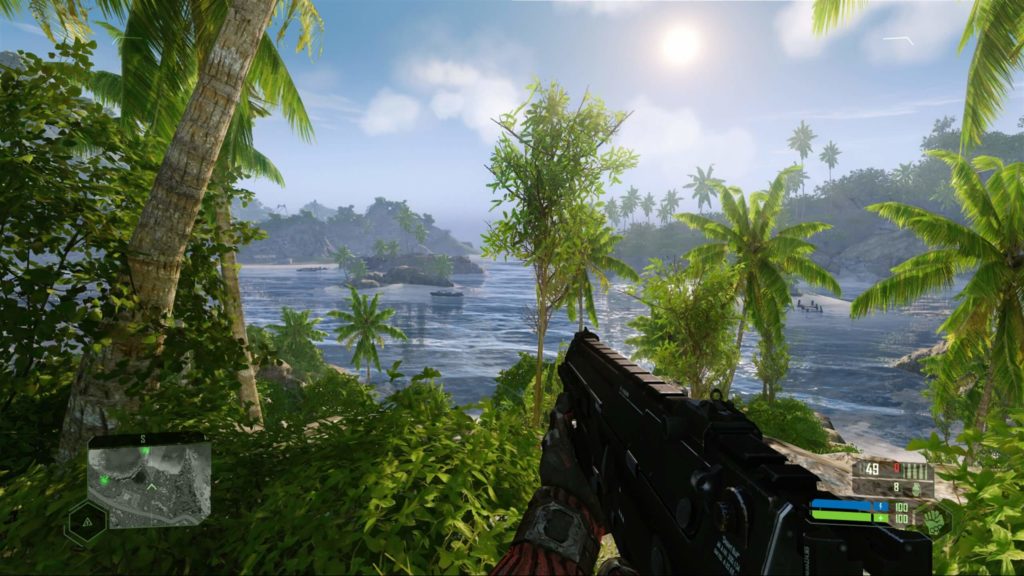 If anything, the AI needed more or an overhaul than the graphics. Enemy soldiers are almost psychic, and they’ll spot you from half a beach away the moment you pop your head above the flora. It’s incredibly irritating at times that you can spend ages tagging targets with your binoculars, planning an assault on a small patrol or checkpoint, only for every soldier in a two-mile radius to open fire because you disturbed a bush. Vehicle handling is also incredibly loose – which it always was, only maybe we didn’t know any better in 2007.

Luckily the shooting is still highly satisfying. Blowing enemies away with shotguns and assault rifles always feels great, but it’s the Nanosuit that makes a difference (and you can run with the UI and controls from either Crysis 1 or 2). Running faster than you can drive and leaping high into the air, or batting Korean soldiers away like flies, is immense. It’s just a bit upsetting that so much of the game was left largely untouched while so much attention was heaped on the graphics.

If you have a powerful enough PC you might be able to run Crysis Remastered the way Crytek clearly wants you to run it. The recently released RTX 3090 might manage it, but most people, even with powerful rigs, are going to struggle to maintain a steady frame rate, and that’s a genuine shame. Having a game optimised for 8K when hardly anyone can achieve that seems like showing off. Still, Crysis: Remastered is a great throwback for those who played the original all those years ago. It might not have the same appeal to newcomers or modern gamers, but it’s a dyed-in-the-wool classic with some great gameplay and an excellent, if limited, campaign.

Had a lot of work done
Decent story
Guns are satisfying

Crysis Remastered is a very pretty game when it runs smoothly, which sadly isn’t often. That said, it’s still a satisfying shooter, even if the AI needed more of an overhaul than the graphics