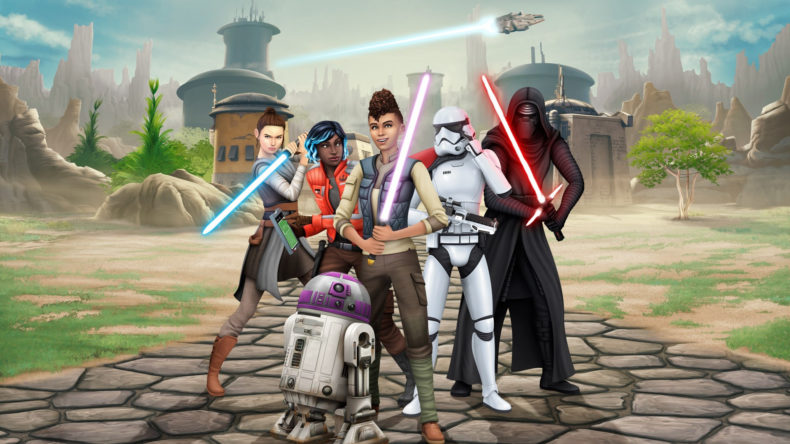 By and large, expansion and game packs for The Sims 4 are a mixed bag. While there have been some great additions that really expand on the things you can do and collect in the game (Island Living and the Realm of Magic, to name two of the best), some offer less bang for the buck. The smaller content packs tend to offer little other than more things to buy and decorate your house with, and maybe a cool life skill as in the recent Nifty Knitting add-on.

Journey to Batuu comes under the category of a Game Pack; that is, a mission-based mini-expansion that has limited applications for the main game, but hopefully plenty to do to distract your Sims from the grind of daily life. A Star Wars tie-in was always somewhat inevitable given that EA publishes The Sims 4, but it’s surprising it has taken this long. 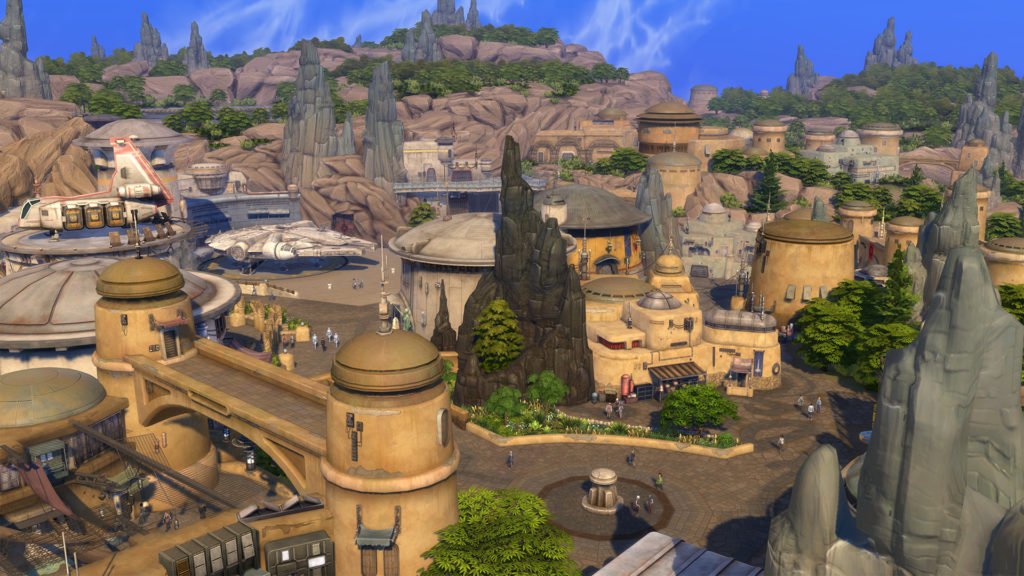 As with many other Game Packs, you begin this content by taking a “vacation” to the far-off world of Batuu, which makes little sense in of itself – and even less sense when you realise that the Batuu on display in The Sims 4 feels like you’ve just travelled to a big-budget convention or, well, a theme park – though that could just be that Old Disney Magic bleeding through.

And look, let’s be honest, this is the best-looking game space The Sims 4 has ever showed off. The island of Sulani is a beautiful place to spend time with your Sims, but Batuu is incredibly detailed. At a glance, it’s so quintessentially “Star Wars” that franchise fans will lose some or all of their shit, and it’s only on closer inspection that you will see the cracks appear. Like some weird episode of The Truman Show, you’ll begin to realise that this really is just The Sims 4 in Star Wars clothing – to the point where alien residents and even Stormtroopers will stand around in groups talking about sports cars and trophies, and will behave in that curious, “malfunctioning android” way that ordinary Sims do.

But if you can ignore these elements and immerse yourself in the Star Wars stuff, it’s actually pretty fun. Some of the buildings allow you to interact with them, in order to sample elements of the universe as well as take on short missions on behalf of either the First Order or the Resistance – you can even build your own lightsaber and learn to wield it like a Jedi Master. Although, sadly, there’s no way to learn to use the Force. That would have been a cool element to bring into the main game, especially as we’ve seen magic being used in previous packs. 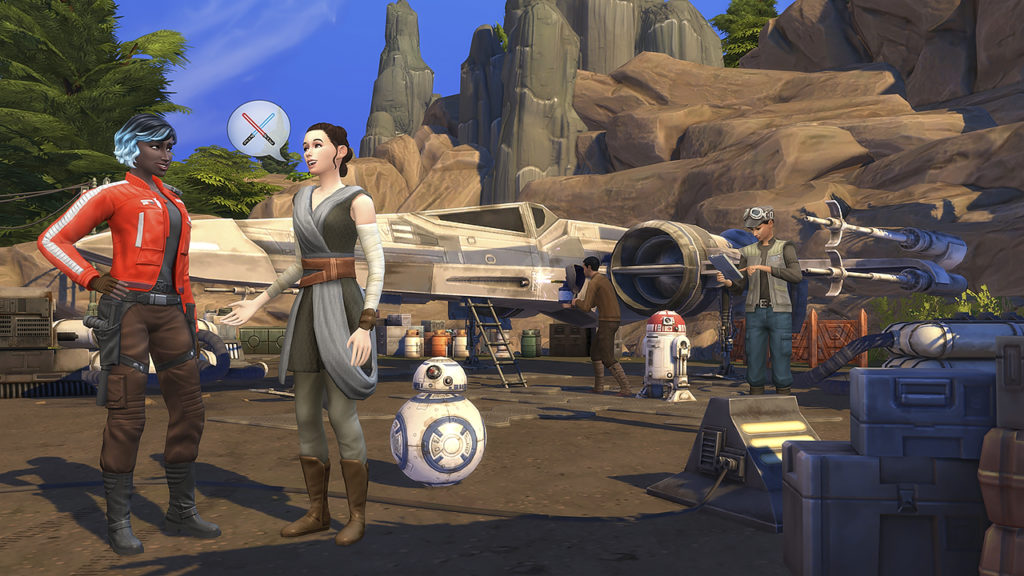 You’ll need to move your Sim around an awful lot to complete these missions, which are pretty repetitive at the best of times. It adds to the tedium and sense of busywork that your Sim will be constantly tired, hungry and irritable, and you can only recharge and see to their needs in the main hub. Outside of that, you’ll be dealing with a crabby Sim yelling at the camera when they should be enjoying their “vacation”.

For all the Star Wars-y stuff Journey to Batuu brings to The Sims 4, it never really feels like the experience it’s intended to be. You can meet and hang out with Rey and Kylo Ren, use a lightsaber, walk around with droids, and generally soak up the atmosphere, but it’s hard to shake the feeling that Maxis missed a few opportunities to really expand their universe here. The stuff you can transfer over into the main game is cool, but it’s not as cool as lightsabers, force powers, and having your own R2 unit to fix up your house, y’know?

There are lightsabers!
Lots of new gear and clothing to unlock
Some of the areas look impressive

No force skill
Missions are repetitive
Feels like an advertisement

The Sims 4 Journey to Batuu is a great addition to the library, but it’s reaching a point where I’d like to see how far Maxis can push the Sims concept with a new iteration