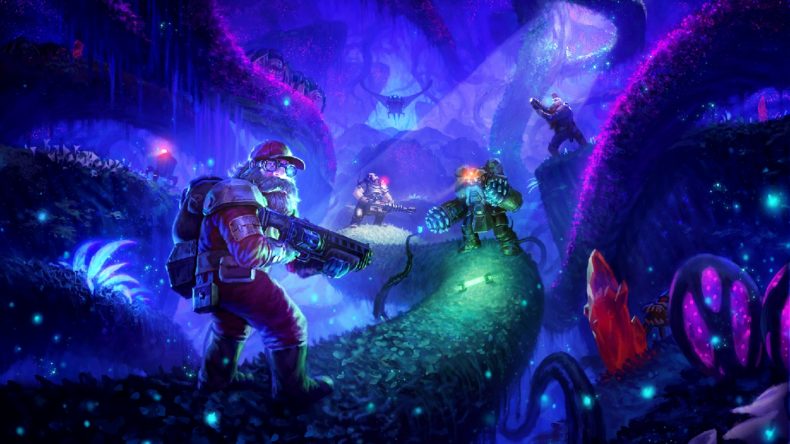 If you need another excuse to shout “Rock and Stone!”, then you better download the Deep Rock Galactic Update 33 and get mining. The latest update brings a ton of content, with new biomes, enemies and missions to get stuck into.

Players can log in today to enjoy a huge haul of new content, including two brand new biomes complete with new enemies. Azure Weald is an eerily beautiful bioluminescent treasure trove, and Hollow Bough is a perilous new region of Hoxxes VI, initially resembling the innards of a giant tree, but harbouring some deadly, carnivorous secrets.

Beyond the new playable environments, missions and enemies, Update 33 also changes and introduces new mission specs and Mactera to slay. There is even a friendly hand glider available for dwarves brave enough to grab on! In addition, the major update also includes everything from UI improvements, a streamer friendly jukebox, and many new dance moves to irritate the spirit of Karl with.”

Deep Rock Galactic is adored by almost the entire God is a Geek team (as well as everyone else) so new updates will always be appreciated here. If you haven’t given the co-op mining game a try yet, it’s waiting on Game Pass for you to go full Dwarf.